You are here: Home / Movies / Pride and Prejudice and Zombies trailer

You’ve read the book, read the comic and seen all the Pride and Prejudice and Zombies goodies by now. Or, at least, you’ve had the chance too.

The movie is nearly here. That is Doctor Who’s Matt Smith you spot in the action.

The movie will be out first in the States next year for February 5th and a week later in the UK on the 12th. 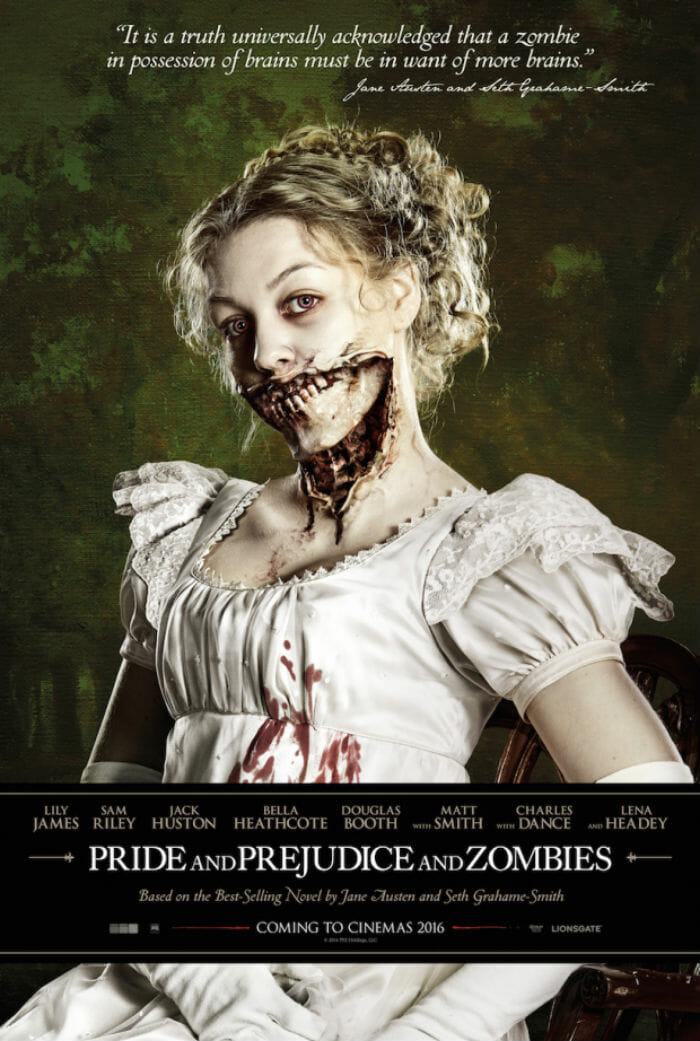 Pride and Prejudice and Zombies trailer

Books Communist angel punk? A review of Wolfhound Centur…
💰 Copper Coins 💰 Geek Native is an affiliate and may earn commission on purchases you make from third-party sites.
🍪 Privacy & Cookies 🍪 The site uses cookies to survive. By accessing the site, you agree to use your browser to control cookie use or take 1d4-3 privacy damage (tracking). If you defeat cookies via ad blocking, please consider the Patreon. An intro to cookies, and how to control them, can be found here. I Manage Cookies