You are here: Home / Books / Communist angel punk? A review of Wolfhound Century 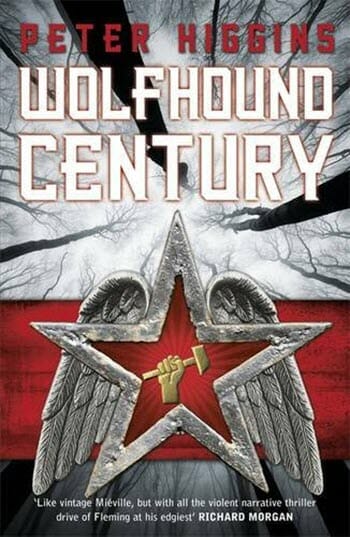 Peter Higgins’ Wolfhound Century is one of those books that feels like it should start a genre. The geeky thing to do would be add “punk” to the end.

What we have a huge world, a huge country and a huge capital city wrapped up in a State knows best communist style empire. Our hero is a member of the State police; a detective summoned to Mirgorod, the murky capital in order to hunt a terrorist.

The backdrop is more than just suspicion and surveillance. Somewhere in an ancient forest the most recent angel to fall from the skies has survived. Its huge stone form is fussed into the land and it cannot move but it can think and reach out to certain people. This angel’s dark energy is dangerous, killing what it touches, as the entity fights to control, to conquer, the world.

The detective, Vissarion Lom, soon digs up a conspiracy that involves dangerous people in the ruling party and their connections to the deadly angel. The book is a powerful mix of fantasy and supernatural, of crime thriller and spy drama and a few sprinkles of something else.

Peter Higgins’ great success is to create this expansive world and the prevailing darkness and noir through a few characters and a few key scenes… and then not to ruin it all when the fantasy elements start to get tangled in. He’s light on the description and that leaves your imagination to fill in the blanks.

The state police use occult or alchemical creatures called “mudjhiks” that seem all but unstoppable, make a horrific opponent in any melee and have secured their old in my mindseye of Vlast and the Wolfhound Century world. I’m still not entirely sure what they look like. Humanoid golems, I think, but it doesn’t matter. Scenes with them were brought to life by the unfolding plot and the growing danger.

There are two standout clues that this book is a solid read. Firstly, only a little while in, I began to release that Higgins’ setting would make an excellent RPG. There’s the scale and the diversity of characters needed and yet a very strong atmosphere. It could be run SLA Industries style with characters as police, flipped over so characters are resisting the Vlast, or twisted so characters are working against the angel and so forth.

The second clue? I immediately reached for the sequel, Truth and Fear, after finishing the book.

My copy of Wolfhound Century was provided for review. Author Peter Higgins, published by Gollancz, 336 pages. 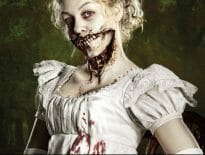 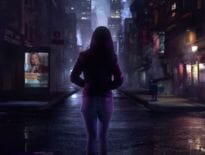