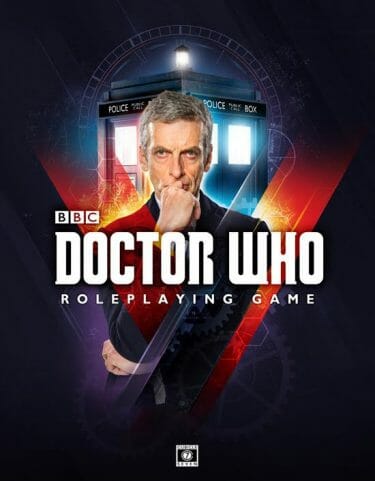 There are rumours of forthcoming Doctor Who games from Cubicle 7 but the latest press release from the British publisher doesn’t confirm any of them. Instead, we’ve an update to the popular Doctor Who RPG that puts Peter Capaldi as the 12th Doctor on the cover.

The new edition is a standalone game with a complete set of rules, character and gadget generation, tips for creating your own adventures and two new pre-written adventures.

The Doctor Who RPG has ready-made character sheets for some of the new characters in the TV series including Clara Oswald, Madame Vastra, Jenny, Strax and even Missy.

The game allows players to take the role of the Doctor, a companion of even as another Time Lord. That last character option is interesting given the assumption the BBC has signed off on all the content.