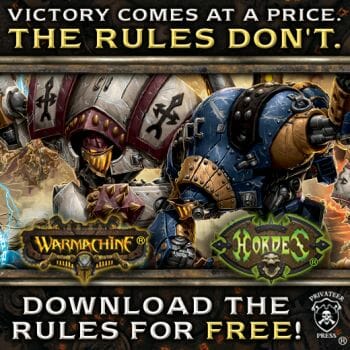 There are some games you pay for and then there are those freebies that actually give you the chance to win more loot. Privateer Press have moved firmly into the latter camp.

Right now (and up to September 3, at least) both Warmachine and Hordes are free to download from Privateer’s site. You can grab them here:

Warmachine is a tabletop wargame with a steampunk style. It’s won plenty of awards and uses the Iron Kingdom setting. Hordes is the companion game, that stands by itself, and uses different factions and troops. Both games favour aggressive attacking style gameplay.

Now Privateer Press have announced a competition that’ll run for a month. If you or a friend buy a Warmachine, Hordes Battlegroup or Two-Player Battle box from a local gaming store you can email in your name, address and a photo of your receipt for a chance to win the contents of an All-in-One Army Bundle. Your entry also helps your local store.

The fine print warns that no handwritten receipts will be considered, nor online purchases but it does allow US and international entries. 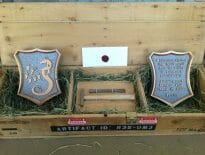 Tabletop & RPGs 70 pounds of magic artifacts not enough to secure … 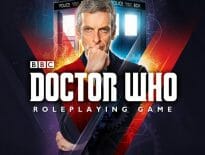