Rafael Chandler is a game writer and designer who’s worked on computer games like MAG, Rainbow Six: Lockdown and SOCOM 4. On the tabletop RPG front he has Lusus Naturae and No Salvation for Witches in his credits. ViewScream is different; mixing the growing popularity of Google Hangouts powered virtual tabletops, with LARP and with added horror. The Kickstarter for the 2nd edition is just a few thousand short of target, at the time of writing, with weeks to go.

The game is a survival sci-fi horror and it’s promised characters will die. Why? There’s not enough good options in the game to save everyone. I’m in two minds about this; I appreciate it’s true to the genre (think Aliens) and that it adds buckets of tension but sometimes players dislike having no good option.

I can see how it could be very effective. Google Hangouts Video is very easy and great quality. ViewScream takes advantage of the special effects the system has by letting players layer on sci-fi themes to make it look like they’re broadcasting from a ship. This means they can stay in character and immerse themselves in the RPG.

A backing of $10 (and there’s more than 200 of these already) unlocks everything. That’s the PDFs, the audio files and PNG overlays. If successful you’ll get everything on October 30th. Want more? There are no higher pledge tiers but the 10 people who pledge the most will be able to commission a custom adventure.

I suspect this Kickstarter will succeed easily. The question is whether it’ll find home among LARPers, tabletop gamers or somewhere else? I think it’ll be a great standalone game but even better with a community adding new layers and adventures. 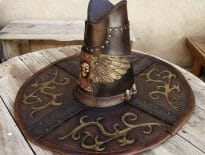 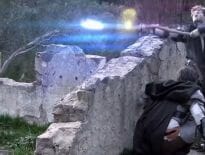