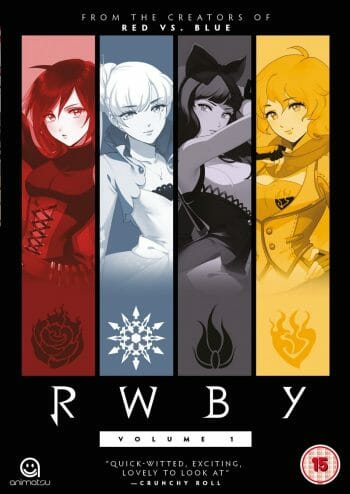 RWBY (“Ruby”) is the creation of Mony Oum and the YouTube channel Rooster Teeth. These are the same people behind the Red vs Blue series. The first episode was put online back in 2013 and has now been seen by millions of people. You can watch it for free below.

There’s a whole empire around RWBY now; with cosplayers paying tribute to the series and even a computer game called RWBY: Grimm Eclipse in development. The series follows Ruby Rose (Lindsay Jones) as she joins Beacon Academy in the fictional world of Remnant. Ruby is training to be a Huntress and is joined by Weiss Schnee, Blake Belladonna and Yang Xiao Long. They need to work together in both the classroom and the battlefield as they take on the Creatures of Grimm.

Fan? New to the series? Either way the DVDs of the first volume are a fine addition to your collection. To enter the competition log into the widget below (so we can contact winners), answer the poll and you’ve earned some entry points that earn you a chance to win. You need a UK shipping address to qualify.

You can now pre-order RWBY: Volume 1 from Amazon.

Match.com a sit has the highest cash back, cool if you are single :-)

The match.com offer looks the best.

I think http://www.topcashback.co.uk/mysurvey-uk/ is the best one 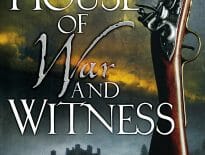 Books Stories from ghosts: A review of The House of War … 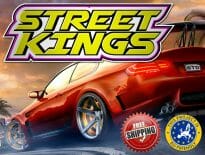