You are here: Home / Geek Stuff / Superhero Week: We’re not bored of superhero movies yet

Are you getting fed up of superhero movies? Geek Native asked the question to readers and competition players. 300 responses later and analysis shows that interest in superheroes remain strong; good news for the Ant-Man movie, Batman vs. Superman: Dawn of Justice a host of others due on the big screen over the next few years.

More than 80% of respondents said they weren’t yet bored of superhero movies. 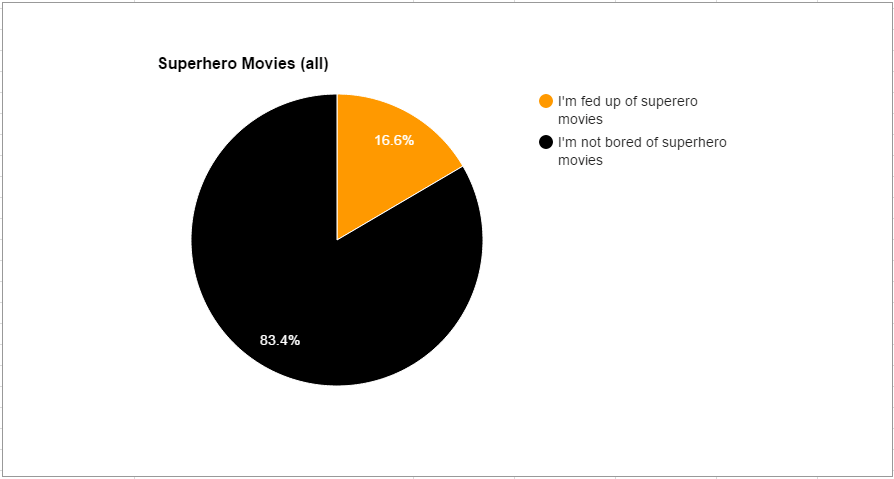 This is a geek blog so perhaps the results are skewed? We also asked whether the respondents considered themselves a comic book fan or not. There was a difference in results; 87.79% of geeks not bored of superhero films compared to 80.12% of non-geeks but that is still a very strong result for the genre. 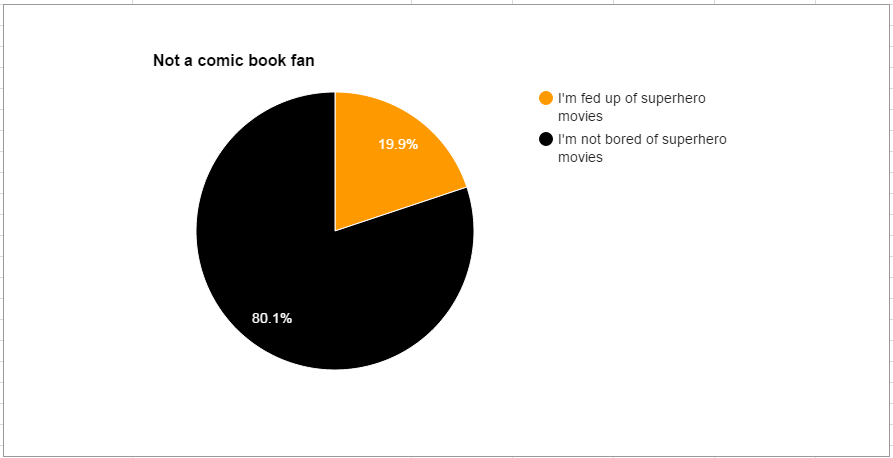 What do you think? As Superhero Week kicks off on Geek Native again; are you getting bored of superhero films?

This superhero-themed post is from 2015’s Superhero Week. Made any good superhero discoveries online recently? Share them in the comments below or teleport to a new superhero article and keep reading.

Superhero Week: We’re not bored of superhero movies yet

Geek Stuff Superhero Week: Wonder Woman’s trousers
wpDiscuz
Loading Comments...
Comment
×
💰 Copper Coins 💰 Geek Native is an affiliate and may earn commission on purchases you make from third-party sites.
🍪 Privacy & Cookies 🍪 The site uses cookies to survive. By accessing the site, you agree to use your browser to control cookie use or take 1d4-3 privacy damage (tracking). If you defeat cookies via ad blocking, please consider the Patreon. An intro to cookies, and how to control them, can be found here. I Manage Cookies