You are here: Home / Movies / Competition: Guardians of the Galaxy 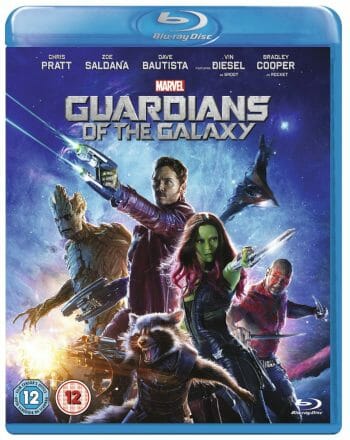 Guardians of the Galaxy

Fancy having your own copy of Guardians of the Galaxy? On blu-ray? Good news! Geek Native has one region B/2 (that’s Europe, including UK, Middle East, Africa, Australia and New Zealand) blu-ray to give away.

Entering the competition is easy. Log into the widget below with either Facebook or your email address (this is so we can contact winners) and answer the question. Really, really want to win? After you answer the first poll there are optional bonus extras you can complete for another chance to win.

We’ve got Ant-Man coming soon and then Marvel will be edging into Phase 3. Scarlett Johansson has been confirmed as Black Widow in Captain America 3 and Benedict Cumberbatch confirmed as Doctor Strange (who’s in the Defenders, rather than the Avengers…). We’re going to get plenty of superhero movie action for years to come.

I would love to see my wife as Wonder Woman, she has always been a superhero to me!

I’d turn my brother in law into Captain America, he’s in the RAF and he likes to think of himself a bit of a superhero lol

I’d turn my mum into Wonder Woman as she is a wonder woman when I see all she does for my dad and for me and my three siblings and our 12 young grandchildren!  She never stops and I hope I have stamina like her when I reach her age!

my mum into wonder woman!

I would turn my boyfriend into Thor because he loves Thor… :)

i’d turn myself into wonder woman…..i might stand a chance of getting everything done then lol

I’m not bored with the movies, as long as they’re good ones.  I’m bored with male gaze and I’m bored with jerks like Iron Man.
But I’ll watch Jackman in his Wolvie costume read the backs of cereal boxes to me for ten hours straight.

And Guardians was an all-round awesome movie.  Especially when she punched him instead of kissing him.  More action, less “females as prizes for heroes”!!

I’d transform my friend Chris into Thor – he’s already got the hair!

Transform hubby into Thor – beef him up a bit!

Those figures are amazing, definitely a page to bookmark for my Marvel nut fiance Jamie’s birthday! He would make a good Thor I reckon…plus our dog’s name is Loki! :)
Jen xx

I’d transform my boss into wonder woman because he’d get a right laugh out of it.

I’d transform my other half into Wonder Woman as it wouldn’t take much effort ;-)

My friend Clive as Flash, I’m sure he’s enjoy that

I’d transform my friend Ben into the Flash as it would be the best talking point of the year! He could rally do with a confidence boost and I reckon seeing himself as the Flash would definitely give him that!

My friend Angus as wonder woman, with his beard it would be hilarious!

My nephew as Captain America, as he loves watching The first Avenger

Wow these are amazing! I would have my husbands head on Thors body….. haha

My self as a wonder woman

I would turn my wife into Wonder Woman as she is already that for me.

I’d turn my other half into Thor – he’d love it!

My son into Captain America !!!

I would like to turn my teenage daughter into WonderGirl; to show her how women can be great, powerfu, cleverl & confident.

I would turn my son into The Flash. He’s naturally hyperactive, so he acts like The Flash anyway! :)

Id turn my husband into Batman as when my daughter asked why daddy always goes out at night we told her he was batman and it was a secret. this would just prove it. ;)

id turn my boyfriend into Thor so id have my two favourite people in one!

I would turn my wife into catwoman as that would be the closest thing that I would get her to wear.

It would have to be my fiancé into Batman because i’m pretty sure he thinks he’s him already!

I’d turn my daughter into Super Woman because she could help me knock my boss down a peg or two!

I’d turn my boyfriend into Thor, i think he’d just like the big hammer!

I’d turn by boyfriend into Captain America – closest i’m going to get to Chris Evans!

Id transform my girlfriend into wonder woman as she is practically that now!

Turn my hubby into Thor ….. Please!

I would turn my friend into Wonder Woman as she is

I must make more effort to watch the superhero movies

I’d turn my brother into Batman , lets face it , the suit hides a multitude of sins ! .

My bestie into Wondergirl, because she’s always wondering why she came into that room!

I’d turn my husband into Batman. Gotham needs him!

I’d turn my partner into Thor, cso he’s my own Norse god lol

My boss from work as batman – he’s not the boss I want, but the one I deserve!

I would turn my wife into cat woman just for the outfit!

Competition: Guardians of the Galaxy 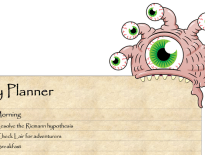 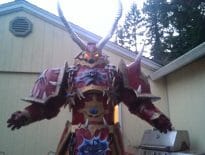