You are here: Home / Games / Tabletop & RPGs / It looks scarily good, no wonder Blackout is winning on Kickstarter

The board game is an post-apocalyptic dungeon crawl that supports GM-led play, solo and co-op for up to 5 players. Kickstarter has taken to the game from Nevermore Toys and it funded within 7 hours. You can still back via the Campaign page.

This is a game that lets characters level up and adventure for glory. The genre “Post-apocalyptic” is sometimes hard for board games to live up to but Blackout looks the part. Everything from the game board to the plastic minis have strong ambience to them.

The superb style of the game shouldn’t be a surprise. The creator, R. Todd Broadwater is a graduate of the Art Institute of Philadelphia, worked in the toy industry on conceptual design and then joined Bethesda Studios. 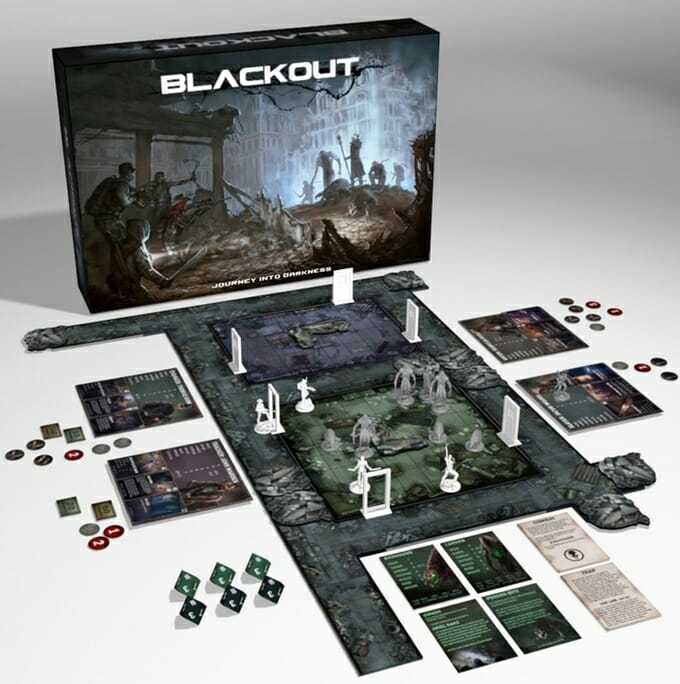 At the time of writing there are 22 days on the clock.  Broadwater wanted $21,000 to fund the game and has over $56,000 in the pledge bank currently. We’re in stretch goal territory. If you’re super quick you might also grab some of the early birds.

The game starts at $95 (if you miss those early bird deals) which gets you all the stretch goals. If you’re in the US then you’ll get shipping included as well. The rest of the world is in scope for delivery but will have to pay shipping.

Loving the look of the game? Go hard core up at £350 and you can be in the game. Your name and description will appear in the mission book as eitehr an ally, NPC or baddie. You can even help design a creature at $500.

Speaking of creature design; check out the Mourner. This nasty piece of nightmare-fuel is about to unlock. At $60,000 in funding the core game gets 6 of these beasties. 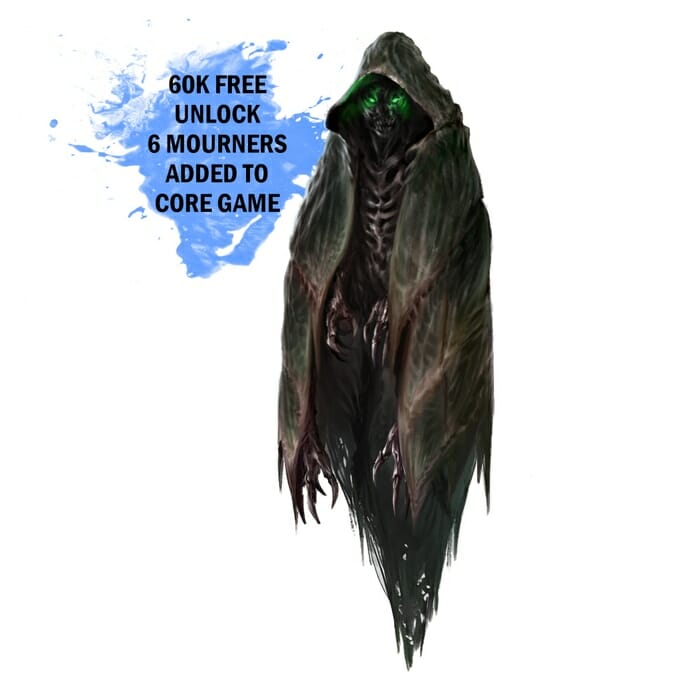 It looks scarily good, no wonder Blackout is winning on Kickstarter

Tabletop & RPGs The Old Made New Again: A Review of the Lone Wolf …