You are here: Home / Books / Comics / Chaos is awesome: A review of Elric – The Ruby Throne 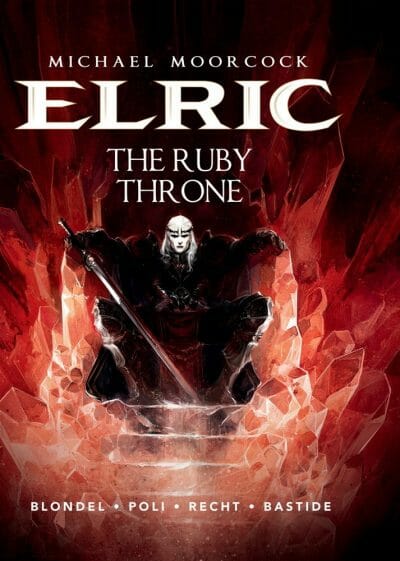 “Slender but impressive” – two words which could be used to describe the skull-white, 1000 year old, lord of Melniboné or the latest hardback from Titan Comics. The Ruby Throne is the first in a new comic adaption of the books by Michael Moorcock.

I’ve not read any of the Elric of Melniboné books but I, as most gamers, have heard of Stormbringer. The albino champion first appeared in a novella called The Dreaming City back in 1961. The novellas which followed became Stormbringer (1965). Elric did not appear in an original novel again until 1972. That was Elric of Melniboné. I don’t believe the novels have been out of print since.

Melniboné is an island and a civilisation made great by Elric’s ancestors. His people seem to have no conscience and the culture is aggressive and decadent as a result. The Ruby Throne graphic novel illustrates this well. There are lots of naked people; sometimes having sex, sometimes acting as decoration or apparently being lunch.

Elric is different. He’s physically week and so old he’s kept alive by drugs (sorry; special herbs) and magic. He also seems to have a degree of control or perhaps conscience. You can imagine this doesn’t make being emperor and ruling over this people any easier. Sure enough The Ruby Throne deals with the rising ambition of one of the other royal family.

Elric may be physically week but he has an aptitude for magic and summoning. In fact, the book hints at a backstory or special connection with demon lords that might be the dark fuel of the nightmare engine that is the Melniboné empire. It turns out that chaos might be pretty awesome if given a chance.

The tension jumps up when it is discovered a tribe of pirate mercenaries have somehow found a way through the nautical maze that protects the island and are on their way. It’s action and drama from page one.

There’s an easy way to explain why Michael Moorcock’s books have been in print for over 40 years – it’s a great story. Moorcock was listed among The Times’ 50 greatest British writers since 1945.

Given how impressive Moorcock is we must give credit to the team of Julie Blondel, Didier Poli, Jean Bastide and Robin Recht who are responsible for this comic book adaption. They’ve done justice to the story. Julie Blondel helms the project has writer. That means the three artists worked on some 172 pages together.

There’s game experience in the team. Blondel is also a game author and journalist, Poli has worked on animation and storyboards for gamers and Recht has worked illustrating the Devil May Cry series.

It was Chaosium, the Call of Cthulhu, people who produced the Stormbringer RPG (back in the early 80s). I’ve often said that if a fantasy series makes me start to speculate how it would work as an RPG then that’s a good sign. In this case we already know the answer – this series becomes an iconic RPG. I wonder whether we’ll see a Kickstarter for it?

There is a more recent (2007) Elric of Melniboné RPG from Mongoose Publishing that used their RuneQuest reboot. Sorry to say – but that was 7 years ago – and event that RPG is pretty scarce.

Overall – I was very impressed by Julie Blondel graphic novel. I can tell why the series has been so popular. This looks like an impressive and detailed fantasy world. Elric feels like very different character to the usual fantasy stable.

The video below was produced by Google+ and Auto Awesome. Colour filters are in place.

My copy of Michael Moorcock’s Elric Vol. 1: The Ruby Throne was provided for review.

Chaos is awesome: A review of Elric – The Ruby Throne 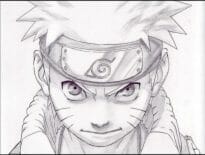 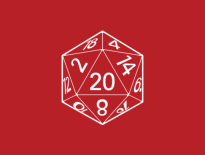