Crestfallen was written 15 years ago and first released, for free, over the internet. This makes it something of a granddaddy of an RPG. Now White Rose Games have turned to Kickstarter to release a new edition with professional art. You can check out the full pitch over at the campaign page.

Dan Hiscutt is only asking for £1,700 to fund the project. Yes, that’s UK money and the project is just shy of £1,500 at the time of writing. There’s 15 days still on the clock. My gut feeling is that this project will fund. It’s worth having a listen to Dan after the pitch video’s art gallery finishes as Crestfallen sounds interesting.

The fact that the latest version of the game will use Fate Core should help too. Fate Core has built up a solid base of gamer fans who are willing and able to try new or interesting games like Crestfallen.

A backing of just £14 will get you two copies of the full RPG; one in colour and another printer friendly one. You’ll also get the at-cost codes for ordering either the black and white hardcover or colour hardcover print-on-demand from DriveThruRPG. There are some limited pledges still available if you’re fast. You can go up to £24 and pitch a monster idea, or a city, army of other community. If you’re willing to go all the way up to £100 then White Rose Games will write a scenario just for your Crestfallen characters. 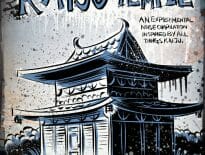 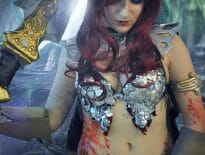