You are here: Home / Books / Impossible POW: A review of Valour’s Trial 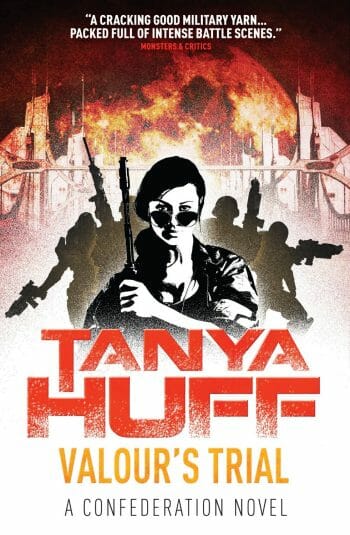 Valour’s Trial (or, I suppose, Valor Trial to go by the spelling used in some parts of the world) is another in Tanya Huff’s Confederation series. I really like how easy Huff makes reading. Her books can be layered, clever and are rarely predictable but she manages to make each one a breeze to read though. Valour’s Trial is no exception.

In this adventure we follow Gunnery Sergeant Torin Kerr back to the battlefield. She’s pleased. We’re pleased. We’re not there for very long though as our hero ends up in a Prisoner of War camp that shouldn’t exist.

What’s a POW camp that shouldn’t exist? It’s a camp that seems to be hidden under a planet and run by a side that doesn’t take prisoners.

Kerr quickly finds herself caught in the middle of local power plays and needs to call on both her instinct as a leader and her experience as a sergeant in order to get the other prisoners whisked into shape. The fact that there’s still plenty of military action is important to me. Torin Kerr was introduced to me, in book one, as a military leader. That’s what I want from the series. Since the first book there’s been a bit of a struggle to get back to that – perhaps because that story has already been told – but it’s good to see elements of it back again here.

It’s an important book in the series; not one to skip if you’re planning on exploring the sci-fi war of the worlds created by Huff. As such it’s one that leaves me worried and yet wanting more. There’s a big change in the final pages of the book and I hope it’s one that works out for the best.

I still feel the first book in the series, Valour’s Choice, is the strongest. If that’s true then the second is the weakest (but only because the implications aren’t clear so you don’t know why you should care) and that this book, so far, is the next strongest.

If you’re reading this review because you’re not certain whether you want to stick with the series then I’d suggest you keep going. This is a good read and it’s a book that’ll help make your mind up. That said; it’s also the book that ends on the big change, mentioned above, and I suspect we’ll all have to evaluate the series again.

If you’re reading this review and haven’t started on the Confederation series then you should take a strong recommendation to start reading. Kerr is a strong character, she finds herself in many “military interesting” scenarios and sets about finding an acceptable resolution to them in believable and entertaining ways. This is a Sergeant you want to support. Kerr is a Sergeant who the troops support and turn to and as readers we know why. Combine these strong characters with mixed-alien battles and hints of a hugely rich universe and the series sets up for any sci-fi fan.

My copy of Valour’s Trial: A Confederation Novel was provided for review. The book was published in the UK by Titan Books. 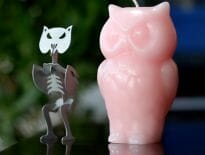 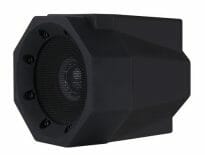