You are here: Home / Books / The Big Yellow mystery: A review of The Better Part of Valour 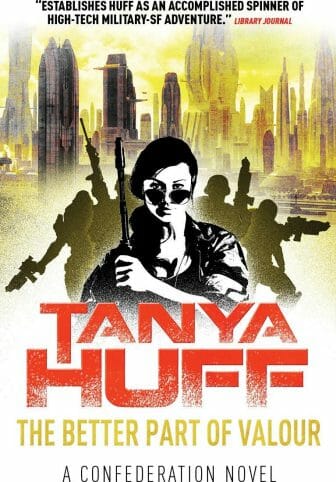 The Better Part of Valour is the sequel to Valour’s Choice in Tanya Huff’s Confederation Novel series. I really enjoyed Valour’s Choice and sure enough the opening book proves to be almost impossible. I didn’t enjoy sequel quite as much.

A step or two down from the first book is still safely in the “good book” zone. After all, this is a book that follows Torin Kerr. We know from Geek Native’s interview with Huff that the Staff Sergeant is the prolific author’s favourite character.

Torin barely has time to recover from her adventures with the lizardfolk in the first book and she’s summoned to be part of a squad being sent to investigate a mysterious spaceship. The ship isn’t part of the Confederation. Nor does it match any design known among The Others’ fleet.

The catch? There are plenty of catches!

To begin with there a human freelancer found the ship, has the isolated coordinates of his find and he’s not going to let the military cut him out of his salvage rights.

Then there’s the captain she’s been assigned to. He’s an alien idiot. As is the way with idiotic captains the press and many politicians love him. Kerr won’t just have to keep the team alive under his control; she’ll have to make him look good. All in a sergeant’s day, right?

There’s a science crew made up of the non-aggressive Confederation races, interest from reporters, generals and the mystery of the strange spaceship too. How long before The Others turn up on the scene?

Right at the start of the book we lose the di’Taykan lieutenant who was the source of so much sexual tension – thus reader amusement – and that’s a shame. One of the challenges Torin faces is the need to put together a specialist team at short notice. This means we get to meet a whole new cast of marines.

Torin Kerr is a great character. With an entirely new cast and crew she’s the only constant between the two books. We can see her leadership wasn’t a fluke. She’s as good as she seems and this makes the adventure all the more satisfying.

A big plus for The Better Part of Valour is that the enemy turns up. We finally get a glimpse of them. They’re scary, dangerous and deadly. They’d need to be to go up against the aggressive races of the Confederation with any chance of success.

I did enjoy the book. It was fun following character development and the interaction between the diverse collection of marines put together for the task. The fact that it lives in the impressive shadow of the start of the series can’t be helped.

Having read The Better Part of Valour I can’t wait to read the next.

My copy of the book was provided for review. The Better Part of Valour, Tanya Huff, Titan Books, £7.99.

The Big Yellow mystery: A review of The Better Part of Valour 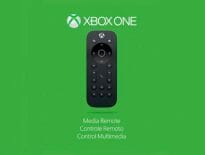 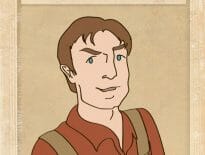