You are here: Home / Books / Humanity as the aggressive aliens: A review of Valour’s Choice 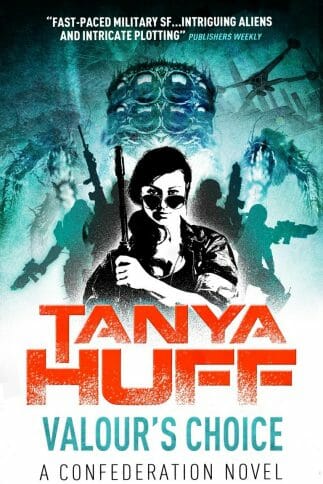 I was cautious. I had recently read and thoroughly enjoyed Tanya Huff’s werewolf and mage drama The Silvered and now found myself with Tanya Huff’s military sci-fi Valour’s Choice. I like sci-fi but fantasy seems to have an easier job of pleasing me. I was cautious because I was struggling to believe Valour’s Choice would be as good as The Silvered and that would be a disappointment.

I was wrong. Huff kicks butt with Valour’s Choice. On reflection; I enjoyed it more than The Silvered. This is a sci-fi that reads as smoothly as a fantasy and enjoys characters as impressive as well written military decision makers and leaders.

A special shout out to the Staff Sergeant Torin Kerr, the lead character here.

The first few pages into Valour’s Choice and I thought I might be reading a comedy or something like that. We’re reminded that space is big and that intelligent life is few and far between. When the Confederation met the Others they sent diplomats to talk about ensuring the two groups expanded in different directions to avoid any problems and were horribly surprised by the violent reaction of the Others.

The Confederation, you see, is a collection of races who have successfully evolved beyond the need to get violent with themselves or others. It seems that The Others had other ideas.

The Confederation may have been very peaceful but it was neither stupid nor willing to succumb. Their plan was simple; find and appoint some more aggressively minded races.

Turns out humanity is good for something. As Valour’s Choice begins we have a Confederation military that’s made up of not just human forces but two others and they’re integrated. This integration works surprisingly well as it turns out the customs of the military and a “them versus us” attitude crosses cultures.

I’ve two nicknames for the other races in the military. There are the cannibal trolls and the sex elves.

The cannibal trolls are small, with big feet and big bellies. They eat pretty much everything; including humans and themselves.

The sex elves are tall and lilac and need to wear a masking unit to supress their pheromones. Without these pheromone maskers the sexual urges kick in hard and quickly for most other races and the sex elves generally don’t mind.

Interesting line up, huh? The Silvered features female mages mating with werewolves to form packs that defend a small country. Valour’s Choice certainly has its own line of cross species relationships going on.

I don’t think it is unfair to Valour’s Choice to describe a big chunk of the plot as predictable. In fact, in the notes afterwards Huff addresses this by recognising readers will have “recognised” certain key battles.

When I tell you that the plot for the book is how the Staff Sergeant Torin Kerr is roped into leading what’s normally a combat unit of marines on a diplomatic mission to act as a honour guard for diplomats trying to talk a fourth “aggressive race” into joining the Confederation. This is a warrior race that respects warriors.

My nickname for the new guys? The zulu lizards.

Our Staff Sergeant is supposed to be leading a honour guard on a diplomatic mission so there’s no scope of anything else happening on the planet of the zulu lizards, right?

It’s not about being surprised. It’s about trying to work out how well or badly the characters do. That’s why Huff’s ability to quickly create personalities for her marines is important. As a reader you quickly care about different marines. You want them to do well. You get involved.

Overall? A great read. I’m bumping up The Better Part of Valour up my reading order, naughty of me to do that but the only sensible responsive given how much I enjoyed this one.

My copy of the book was provided for review. Valour’s Choice: A Confederation Novel, Titan Books, by Tanya Huff.

Humanity as the aggressive aliens: A review of Valour’s Choice 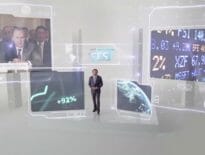 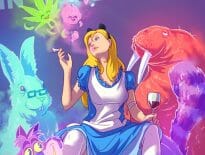