Gen Con is Indianapolis Convention Center’s largest customer and brings millions in cash to the city. Created by Gary Gygax, the co-creator of Dungeons & Dragons, the convention has grown and grown. It’s a powerhouse.

Gen Con isn’t very happy with the Indianapolis Governor Mike Pence’s “religious freedom” bill. The bill, State Bill 101, apparently allows local businesses to engage in homophobic hate crimes such as refusing to service same-sex couples. It’s American politics that this European blogger can’t get his head around. One thing is clear; Gen Con is pretty pissed off by the intolerance and is threatening to go elsewhere. 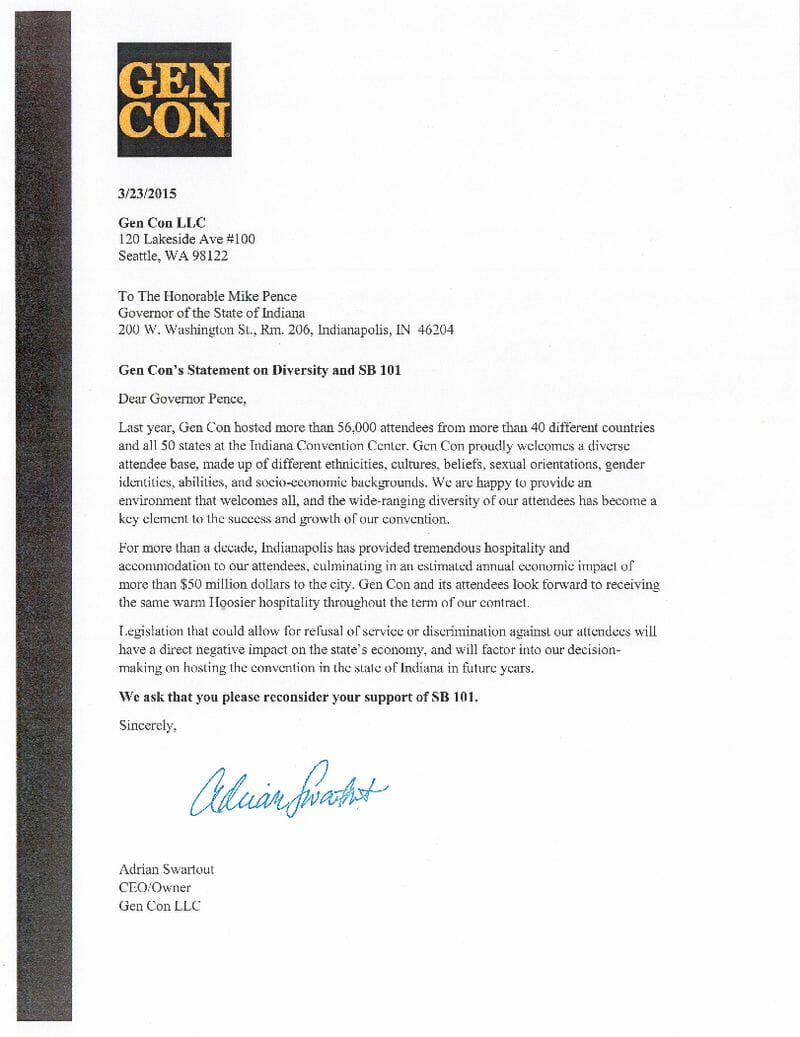 Money talks, once in a while for the right cause.