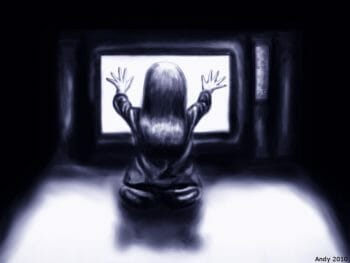 Sometimes the GM needs to give the players a good scare or challenge them with a standard haunting. A poltergeist often makes sense as the spirit manifests itself initially on a small scale, with clues for the characters to pick up on, and then the drama escalates as the group tries to do something about it.

As a twist an evil GM can make the spirit act like a poltergeist while not actually being a poltergeist. This can be a good way to remind the players that their PCs should do a bit of research before jumping to conclusions. It can also be nice to bring in a spirit from a different culture.

If you’ve any other suggestions for house-haunting spirits it’ll be great to have them in the comments below!

Taken from Indian culture, Bhoots (or bhuts) are typically the spirit of a dead person unable to cross over into whatever happens after death. In Sanskrit “Bhuto” are typically giant demons that haunt places.

Bhoots avoid the ground and go to extreme lengths to avoid touching it; such as lurking in trees. They can appear as animals but do sometimes appear as humanoids, dressed in white and with their feet pointing backwards.

It is said that Bhoots are driven crazy by milk and have a compulsion to bathe in it. The right burning herbs can fend off bhoots and that iron weapons will harm them.

Churel hail from North India, Pakistan and Bangladesh. They’re sometimes equated to Lilith. They’re always female and are said to be ghosts of those who died in child birth or while pregnant.

The Churel may appear as a beautiful young woman but this is a disguise to seduce men, sometimes family members, and drain them of virility; taking blood and semen. The real appearance of churel are of ageing women, with sagging breasts and unkempt hair. As with the Bhoot their feet are often on backwards.

Churel are attracted to squalid places and filth.

Incense and holy water may fend them off but are not a permanent solution. In parts of India villages will build “Stonehenge-like structures” at the entrances of villages in order to stop Churels entering.

Lemures are shades and malignant spirits. Written about in Roman time and by authors like Ovid and Horace, Lemures are generally formless shadows and may be connected to priests of Jupiter. Whatever the case, these entities are fearsome, powerful and animal-like. Rome’s connection with Romulus and Remus, with the wolf spirit, means that some depictions of Lemure’s are almost werewolf in nature.

The Lemur, the primates of Madagascar, are named after Lemures because of their nocturnal howling and screeching. 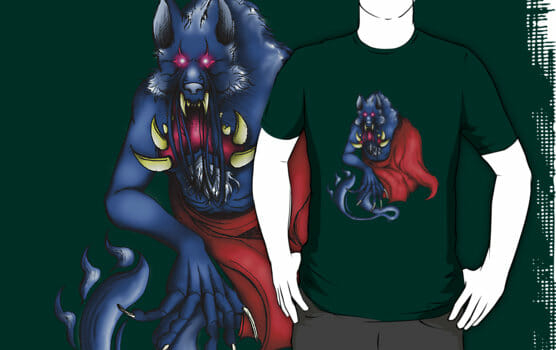 Chinese spirits with a strong attachment to locations. The name translates as “Earth-bound” spirit. As an alternative to the poltergeist the Di Fu Ling are a good match from the large collection of evil Chinese ghosts because of that association to one particular location.

Spirits from Thai folklore. These ghosts are often of those who have died suddenly or of those not given correct funerals. They’re said to haunt houses and to be very difficult to exorcise, often requiring elaborate rituals in order to get rid off.

A more powerful female version is the Tai Thang Klom. These are ghosts of women who died together with their child still in the womb.

These spirits can vanish into drinking water and like to terrorise children. However, the Tikoloshe can also appear as bear-like humanoid being.

Some legends say that putting a brick under each leg of a bed is enough to protect the target of a Tikoloshe for as long as they stay on the bed. This is a good way to stop the Tikoloshe from biting their toes off. However, people protected in this way may find the water spirit turns its attention on other members of the group.

Cool Tech Codename: Morningstar doesn’t Kickstart, wil…
💰 Copper Coins 💰 Geek Native is an affiliate and may earn commission on purchases you make from third-party sites.
🍪 Privacy & Cookies 🍪 The site uses cookies to survive. By accessing the site, you agree to use your browser to control cookie use or take 1d4-3 privacy damage (tracking). If you defeat cookies via ad blocking, please consider the Patreon. An intro to cookies, and how to control them, can be found here. I Manage Cookies