Codename: Morningstar is not a project that’s been blessed with much luck. Originally they were Wizards of the Coast digital platform partner. The two companies parted way near the end of the project, suddenly and Trapdoor Technologies was left holding the bits.

I think Trapdoor did the right thing. They took the project to Kickstarter. Sounds easy? There were two big problems; the content they had developed was for D&D 5e and there’s no sign (only rumours) of open license agreements for that so they’d have to start again with Pathfinder and they had a heavy weight team.

By “heavy weight team” I mean they had experts in a number of fields. This wasn’t a bootstrapped coding project by a pair of friends. This was a company that an entity like Hasbro would turn to for a big project. As a result the Kickstarter campaign needed nearly half a million to get going. It’s not managed to get near that total.

My gut feeling is that gamers didn’t think the Kickstarter could be successful and so they didn’t back. The lack of success of the project probably isn’t a reflection of the need for a digital solution to modern D&D.

Trapdoor certainly don’t want to give up. Their plan is to build the first fully integrated tabletop RPG app. The first stage of this plan (Morningstar 1.0) with a focus on characters, adventures, campaigns, parties and library modules. It’ll be an iOS append Android and web will follow.

The company has also offered $10 in credit to Kickstarter backers as a thank you for their support.

It’s hard not to get behind Trapdoor Technologies and wish them luck. They keep on taking knocks but they pick themselves up and carry on.

D&D5E still desperately needs digital support, but there’s no clear idea where that will come from right now.

jacelevine That’s a very good point. Hopefully if/when WotC share their plans for a SRD or similar then others might be able to get moving with third party support. If that happens Trapdoor may have something of a headstart if they can recycle the work they’ve already got… but I do wonder if they need a robust online play solution.

AndrewGirdwood Yeah, the “ifs” are all still on Wizards, though. They don’t even have digital copies of the books yet and just keep saying that something is coming eventually. I’m running an online D&D5E game now using Roll20 and it works, but I still have to reference the print books for everything and key in all of the relevant info by hand into Roll20. With my last Pathfinder campaign, we could build characters in Hero Lab and it would have all of the important book content right in the application and then I could export those characters out of Hero Lab… Read more » 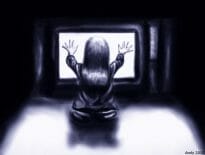 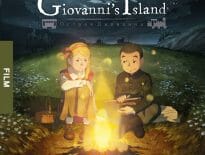