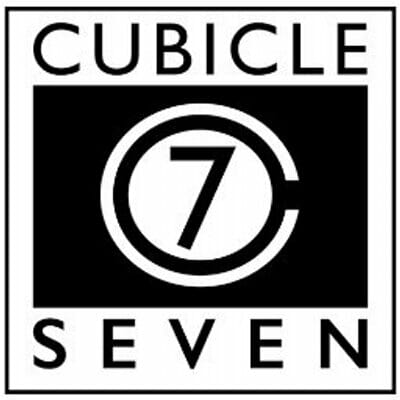 I’m excited to be taking Cubicle 7 into its next phase of development,”

“Rebellion’s investment and mentoring has given us a great start, and now we’re ready to go it alone. I’d like to thank Chris and Jason Kingsley and everyone else at Rebellion for their invaluable support, advice and inspiration.

Getting involved with start-ups and small companies, nurturing them and helping them grow is enormously rewarding. It’s great to see Dominic and Cubicle 7 taking what they’ve learned as part of Rebellion and following their own path. I look forward to their future successes!

It is expected that there will be no impact on customers. Pre-orders, release schedule, licenses and Kickstarters are unaffected. Indeed, it may C7’s Kickstarter success that has helped enable to buy-out.

The Kingsley brothers first appear listed as Cubicle 7 directors in 2009, that’s after Angus Abranson and Dominic McDowall founded the company in 2007. Previously, Rebellion had also worked with Mongoose but the two parted ways in 2010.

Geek Stuff Gamer Girls: What she says and what she really mea…
💰 Copper Coins 💰 Geek Native is an affiliate and may earn commission on purchases you make from third-party sites.
🍪 Privacy & Cookies 🍪 The site uses cookies to survive. By accessing the site, you agree to use your browser to control cookie use or take 1d4-3 privacy damage (tracking). If you defeat cookies via ad blocking, please consider the Patreon. An intro to cookies, and how to control them, can be found here. I Manage Cookies