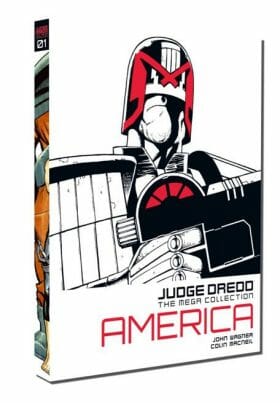 2000 AD have teamed up with Hachette Partworks to produce a new fortnightly collection of Judge Dredd stories.

The idea is that you subscribe online at JudgeDreddCollection.com and gain access to free exclusive gifts. There are, for example, six specially commissioned artwork pieces available to subscribers. Issue #1 will be out in newsagents in the UK and Ireland from January 2015.

Judge Dredd: America, by John Wagner and Colin MacNeil, kick off the series. Some fans consider that the greatest Judge Dredd story of all times but it is expected work from the likes of Mark Millar, Grant Morrison, Garth Ennis, Chris Weston, Jock, Frazer Irving, and Brian Bolland will feature too. Certainly, The Cursed Earth, The Apocalypse War and Necropolis will feature as will newer stories like Origins and Day of Chaos.

The Mega Collection will include stories that have never been reprinted since they first appeared and offer behind-the-scenes glimpses into the development of characters and storylines. There will be interviews with creators, never seen before sketches and designs and specially commissioned features to explore Dredd’s world.

GeekNative 2000AD HachetteUK now and forever more, he is the law! 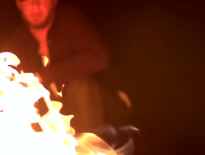 Cool Tech This bracelet is a flamethrower 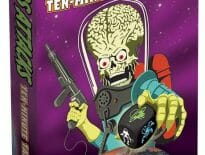