You are here: Home / Games / Tabletop & RPGs / What an ambush! A review of The Rise of Tiamat 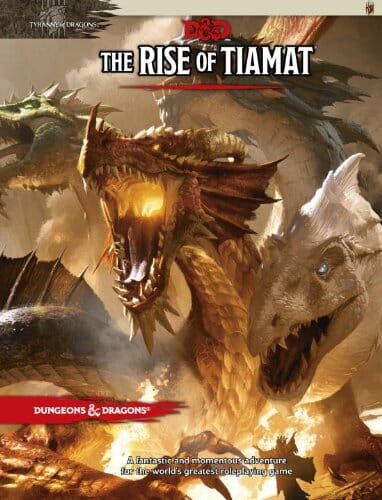 The Rise of Tiamat

The Rise of Tiamat is an adventure in Wizards of the Coast’s Tyranny of Dragons series. It follows on from the Hoard of the Dragon Queen and while, on the whole, it is a good book it packs one heck of an ambush!

I enjoyed the Hoard of the Dragon Queen. Wolfgang Baur and Steve Winter of Kobold Press created an adventure that worked very well as a way to introduce people to Dungeons & Dragons 5. There’s a team of people who have contributed to The Rise of Tiamat and the headline writers are Steve Winter and Alexander Winter and it is easy to see the similarities in style and design choice.

So what’s this ambush that I speak of? While Dragon Queen was an introduction to D&D 5e The Rise of Tiamat is a killer. It’s tough. Don’t attempt this with a lightweight party. Do this with an experienced party that has access to raise dead spells.

Not an experienced DM? I think you might find yourself tackling a steep learning curve. At least that’s a pretty good way to tackle things. If you don’t have the Dungeon Master’s Guide or the Monster Manual then you’ll struggle as this book doesn’t have all the rules you need – including monster stats. This struggle can be eased by downloading the official online supplement and the free D&D Basic Rules from Wizards. The Basic Rules have now been updated with extra bits.

There’s an episode approach but these episodes aren’t always linear. DMs will need to read through the book thoroughly and keep the loops in mind when they come to run.

If it’s not already clear this is a pre-written adventure that’ll pit players against the Queen of Dragons, lady Tiamat herself. As I said; this can be a challenging adventure.

The Rise of Tiamat seems to suffer badly from the problem all pre-written adventures do; the spotlight of interest. The problem with the spotlight is the writers don’t know where it will fall. I found myself interested in parts of the adventure, locations and characters that the writers didn’t find space to elaborate on and write up. It was just shy of frustrating. Equally, sometimes Winters dedicated space and time to describe locations the NPCs that didn’t interest me or which I felt I didn’t need much assistance on.

This is an insurmountable problem as it is possible to write up everything in 94-paged book but The Rise of Tiamat did seem to be hit by it fairly often. What was never a problem in the adventure was the layout and design. I’ve been able to flip back and forth through the pages quickly and find just what I needed. It’ll be a lot better when I have a hardback copy of the Dungeon Master’s Guide of my own.

As with the previous adventure The Rise of Tiamat makes good use of D&D’s iconic names. We start off at Skyreach Castle and head to Waterdeep. I found myself imagining what that would be like for new roleplayers who’ve come into the hobby after discovering The Lords of Waterdeep board game. It would be pretty cool.

After a few episodes The Cult of the Dragon is essentially competing for the same treasures as the party. After just an episode or two more the Cult decides to take the heroes out. They get pretty aggressive. This could become a three-way power struggle as there’s the dragons themselves who certainly have an interest in how events play out. Add in the rouge group of Red Wizards introduced in the previous book and the politics could get as deadly as the combat.

I think The Rise of Tiamat is a solid game. It feels like great value for money with the hardback, high paper quality and full colour illustrations. I found the ambush, the steepness of the learning curve, to be quite unsettling though.

The video teaser below is made with Google+’s Auto Awesome. It uses my bad smartphone photography and a colour filter.

My copy of The Rise of Tiamat was provided for review. The adventure was published by Wizards of the Press in November 2014.

What an ambush! A review of The Rise of Tiamat 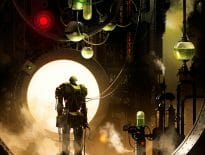 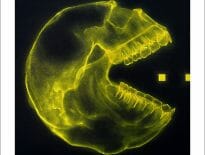