Dustin DePenning is the creator of the Synthicide RPG. The tabletop RPG supports planned sessions, improvised storytelling and tactical combat. The game is currently at Kickstarter and you can read more about it at the project page.

The campaign has just launched, with a target of $35,000 and a month to reach it. The PDF of the game becomes available at $15 and a perfect-bound book and PDF unlocks with a backing of $30.

A Galaxy on the verge of collapse. Bullets are more common than food – and one of the best ways to keep your belly full. An evil mutant force called the Prodigravus attempted to absorb all of humanity. A millennium-long war ensued, destroying almost every civilized planet. Humanity descended into a dark age.

In the pitch Dustin DePenning describes himself as an expert in rules mechanics and he pushes the solid mechanics found in Synthicide. Geek Native just had to ask him to share some of his insight and good to his word; Dustin provided.

#1: Think about why you’re making up new rules.

As gamers, we have a huge backlog of games to read and play. Why do you want to make your own system? Did a previous game fail to deliver the experience you wanted?

#2: Build your new rules around the experience you want.

Try to avoid default rules. If they don’t enhance your game or contribute to your experience goal, consider throwing them out.

In the words of Jesse Schell, you want “emergent complexity.” Good mechanics don’t limit players to specific situations, they allow them to imagine new ways to use them. So the more times you can make a single rule that has many applications, the better.

#4: Don’t be afraid to toss things out and start over.

You’ll have a great idea. You’ll test it, scale it, add to it. Pretty soon you realize this system is bloated and violating tip #3. Take what you learned, keep your goals the same, but start fresh. Synthicide’s damage system may seem dry and plain as day, but actually resulted from many iterations trying to make a simple damage system that scales well across different weapon types and player levels.

#5: Don’t get too pretentious

A lot of people try to add flavor and edge into their rules writing. Remember – rules aren’t where you sell your story. Rules are meant to be internalized and referenced. The more unnecessary adjectives and clever turns of phrase you use, the more barriers you put in front of your players. This isn’t to say that story and flavor aren’t VITAL to an RPG – just don’t mix them in where they aren’t needed. 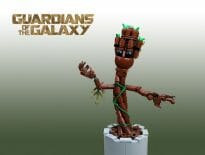 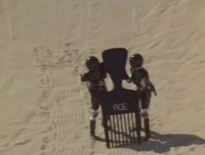