You are here: Home / Games / Tabletop & RPGs / Return Man to Dust: A Review of The Dark Spiral

Every game hopes to bring something new to the table, but as a reader you don’t necessarily grok the setting or the promise from the outset. Sometimes you’re left to your own devices. Other times, the publisher kindly serves up an introductory adventure or – even better – a whole campaign.

By offering a set of linked adventures, the author and publisher can draw you in and set out their stall, outlining their vision. With Monte Cook Games’ publication of The Strange, the second setting for the Cypher System, as a Kickstarter, a 96-page book of linked adventures formed part of the base level deliverables – and The Dark Spiral is that book.

Form
The Dark Spiral is a 96-page full colour book and PDF from Monte Cook Games, written by Bruce Cordell. The book comes packed with maps and illustrations, and adopts the now standard three column format of Cypher System books – two main columns of text and a third of marginalia. The margins offer GMs notes, Intrusions, basic stats for enemies and allies, and cross-references to the core book.

The art of The Dark Spiral matches the style of the core book. Like the first adventure for Numenera, it adopts an approach of ‘show and tell’ with many larger illustrations serving as handouts to players, letting them see key scenes and encounters. All of these illustrations appear both in the body of the adventure and at the end of the book.

Features
Members of The Estate, an organisation determined to keep Earth safe from the forces and Recursions of The Strange, have identified the presence of a new drug on the streets, called ‘spiral dust’. As neophyte members of the organisation, the Estate has tasked the player character team with tracking down and closing the source.

The Dark Spiral premise forms a loose arc within which a GM can run as many adventures and side track encounters as she chooses. It has the potential to provide a backbone to a campaign for The Strange, whether as an immediate and obvious focus or a snowballing potential for all-encompassing doom. A GM could easily have addicts or drug-related incidents appear as background chatter or national TV news, only for the instances to get more common, threatening and obviously wrong.

With this possible approach in mind, The Dark Spiral welcomes GMs with open arms and a selection of distractions to sling at their players. All characters welcome – survival not guaranteed.

Starting with an investigation into a dealer, events quickly spiral out of control (pardon the pun). Tracing the drug back to source, it becomes clear that the sinister figure behind it might not be the only power at work taking advantage of spiral dust’s side effect of Quickening users.

(Quickening is the process of making an individual receptive to The Strange and capable, potentially, of transitioning to other planes and worlds, or Recursion.)

At heart, The Dark Spiral offers up an onion skin style investigation, with some diversions. Each layer of the skin serves as a potential standalone adventure for characters who don’t work for The Estate. Ideally, characters should be human from Earth. Not to say you couldn’t start players from another Recursion, but you would need to do a little more pre-game legwork to achieve this approach.

The Dark Spiral gives Bruce, and the Monte Cook Games team, the opportunity to showcase The Strange by sending characters on a campaign across all the key locations outlined in the core book. Starting on Earth, the collected adventures offer the chance to voyage to Ruk, Ardeyn, The Strange, and several lesser planes of existence. The Gamemaster has the opportunity to sell the flavours of each to his gathered players and see what floats their boat – an interesting way to get the lay of the land before designing an ongoing campaign.

Personally, I found the section on Ardeyn the weakest of the bunch, but that might well be a matter of personal taste. As it happens, the whole Ardeyn section might be sidestepped if the players choose – but, as I explained, all elements of The Dark Spiral have a route in outside of the core plotline.

The Ardeyn chapter doesn’t work for me because it is, at heart, a dungeon crawl and I’d struggle to convince my player group otherwise. Yes, there’s a fine line between investigating a building and traipsing through a tomb – but this falls firmly into the mazes and monsters category.

If you run your games in 4 – 6 hour long weekly sessions, then I think you will get 8 to 10 weeks out of this book. Certainly, the adventures assume that if you play them through one after the other, the characters will have attained Tiers in the middle range of their potential advancement by the close. Each adventure includes notes on making minor tweaks and adjustments to numbers of adversaries if certain Tiers have not been attained.

While the adventures follow a fairly linear path, nothing here should stop the characters engaging in other investigations or lines of personal development. The first main chapter provides a lot of information about key personnel of The Estate, who can serve as Supervising Officers and sources of extra assignments. Each member of senior staff has their own approach to mentoring and inducting characters into the organisation – and this can serve to set the tone of the game and the sort of adventures on offer.

In the end, your conclusion to The Dark Spiral can run on many levels. Depending on how the GM runs the adventure, how many extra side ventures develop, and the generosity of XP rewards flowing toward the players, this could kick off an ongoing campaign and get them up a Tier or two, or catapult them through the Tiers and climax with a world-shattering finale. I suppose it’s the televisual equivalent of running the first season of a serial or participating in a one-off mini-series.

Final Thoughts
I found The Dark Spiral a more satisfying introduction to The Strange than The Devil’s Spine served in the same role for Numenera. Bruce Cordell has crammed a lot of potential, including five adventures and several brief encounters into a solid 96-pages. With the pre-generated characters from the Eschatology Code, you can have your players up and running in no time.

Indeed, you might even start with the Code and then pick up the plot of The Dark Spiral from there. The initial events of Spiral will reinforce the role and purpose of The Estate, how the player controlled agent got involved, and how they have the chance to make their mark in defence of the planet against the myriad forces of The Strange.

My copy of the adventure was provided for review. The Dark Spiral, Bruce Cordell, Monte Cook Games, PDF format for $9.99 on RPGNow.

Return Man to Dust: A Review of The Dark Spiral 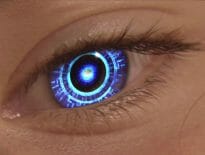 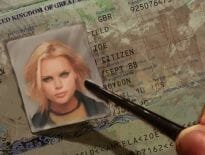