You are here: Home / Games / Tabletop & RPGs / A Strange End of Days: Review of Eschatology Code 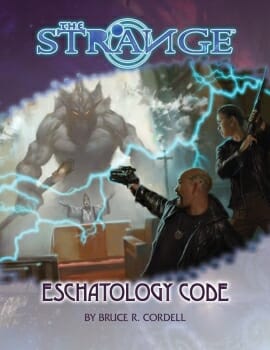 With the still relatively recent release of The Strange, the new iteration of Monte Cook’s Cypher system first used in Numenera, Eschatology Code provides a quick and straight-forward adventure to get you started.

Designed for running at conventions, and actually used by the Monte Cook Games team at Gen Con 2014 this summer, it offers an introduction to the world and a potential jumping off point for longer campaigns.

Form
Eschatology Code is a 35-page adventure for The Strange, written by Bruce Cordell and released by Monte Cook Games. The adventure itself runs to 14-pages, with the remainder of the PDF including six pre-generated characters, six Ardeyn character sheets, plus contents, credits and advertising.

The format of The Strange matches that of Numenera releases, and echoes through these pages. Most have a three-column format, with two main columns of text and a marginalia containing GM intrusions, notes and cross-references to the core book. Some pages feature boxes containing additional information and advice on running the game.

The adventure includes art specific to the events outlined – so you can use some of them during play to back up your descriptions – along with two maps.

Features
The Strange has taken the Cypher system to new places – and a perfect jumping in point can come with a short introductory adventure at a convention or gaming event. In Eschatology Code, Bruce Cordell provides just that, and I’m pleasantly impressed with this package.

For those not familiar with the new setting, an ancient alien race created a hyperspace travel system. But it broke, fractured. A lump got caught up in the dust that would become Earth – and that has made our world a nexus of access into an otherworldly realm called the Strange. The Strange can be shaped and transformed by powerful minds and imaginations. It also allows massive planet eating entities access for feeding. However, the unique nature of the Earth-nexus creation means that our world sits in a protective Shoal of other realities that shelter us – for the moment – from harm. However, there are factions on other nearby worlds and pocket realities that consider Earth a dangerous presence that could do more harm than good, while others see us more positively. Shenanigans ensue.

The game uses the same essential system as Numenera, but with a few interesting tweaks. So, for example, when you move between worlds in The Strange, you change Foci – one of the elements that describes the capabilities of your character. You might go from someone who Looks for Trouble while on Earth to someone who Shepherds the Dead in Ardeyn.

Anyway – for your money, Eschatology Code gives you a short adventure and six ready-to-run characters including extra sheets for Foci in another world, or Recursion.

So, Eschatology Code makes reference to the business of the end times. Eschatology is that particular branch of belief that handles how the world will end with the all the particulars about weathering the events and what happens to the non-believers. Makes for a shock beginning to a campaign!

The adventure kicks off in media res for the benefit of those running it at a convention, but the text offers ideas on hooks if you’re running this as part of an ongoing series. Starting on a plane at 30,000 feet, the characters have a chance to introduce themselves, hear about the mission – then fly into action when the plane experiences an attack both within and without.

I thought the adventure had a pleasantly cinematic feel about it – and for a convention, a battle on a plane in mid-flight certainly has potential for a memorable experience. The adventure handles fighting in the confined space, shooting through the walls and windows, and even battling on the wing – with associated suggested difficulties.

Assuming the characters manage to get the situation under control and reach the ground at less than terminal velocity, the mission progresses to Sioux Falls, South Dakota. Father Foss and the All Souls Church of Deliverance has been drawing attention with talk on the End of Days backed up with miracles – and that warrants some hands-on investigation.

The characters have the chance for some investigation, a little stealth and bluffing, and then a little action as they find out the truth about the end times. Along the way, they’ll experience transition to a Recursion – and if they’ve never played the game before, will get a better understanding of what The Strange has to offer.

The 14-page adventure has to be pretty straight forward with convention play in mind, but it packs in plenty of potential detail and modes of play. The characters can use their various skills and areas of expertise, because one approach alone won’t cut it. Throughout the adventure, timing guidance suggests whether you progress as written or clear the area and move on. If you’re running late, events have already progressed apace and you can move on to the next section. If the players innovate and get lucky, you can throw more stuff at them.

The final scene – like the first – has the potential to be a memorable one. Not only will it work very well as a finale for convention play, but it also presents enough loose ends to kick off a campaign of ongoing adventure.

Final Thoughts
In this first year of release for The Strange, Eschatology Code hits just the right level as an introductory adventure to get across the tone and flavour of the game. Whether hitting convention goers with something new or starting a campaign with a local gaming group, the combination of plot elements and the handy pre-generated characters means you can showcase The Strange quickly and effectively.

With The Dark Spiral – the first full length adventure for The Strange – next on my reading list, the tone and style of Eschatology Code sets a solid baseline. As a Gamemaster and reader, I’m looking forward to where Bruce and Monte Cook Games take this setting in future.

My copy of the adventure was a personal copy. Eschatology Code, Bruce Cordell, Monte Cook Games, PDF format for $3.99 on RPGNow.

A Strange End of Days: Review of Eschatology Code 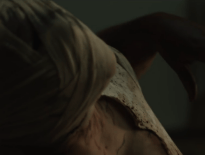 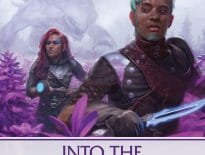 Tabletop & RPGs The Road Goes Ever On and On: Review of Into the V…
wpDiscuzComment Author Info