You are here: Home / Books / The end of the line: A review of Plague World 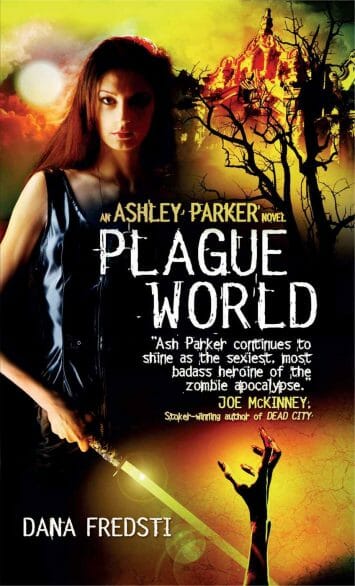 Plague World is the third and final in the Ashley Parker series. If you’re looking for an easy read zombie trilogy to get your teeth into this Halloween then Dana Fredsti’s Plague Town, Plague Nation and then Plague World set is certainly one to consider.

The book’s titles rather give away the escalation of Walker’s Flu and this zombie outbreak. Do you think the heroes can win? If you’ve read Plague Nation are you even sure who the heroes are any more?

I classify Plague World as being part of an “easy read” because it is. I’m reminded of Buffy. There’s plenty of emotional up and down in Buffy the Vampire Slayer and there’s plenty of action too. It’s still an easy show to watch. Ashley has never been a Buffy clone but the inspiration Whedon’s vampire series has offered up is worn in plain sight on her sleeve.

There’s a gang of interesting characters in Plague World too. We’re down a few after the events of Plague Nation but pick up some interesting faces before the end of the line.

Ending a zombie outbreak is always hard. I suspect fans will debate whether or not Ashley Parker’s final adventure was a satisfactory one for her or not. It’s not straight forward. There are twists enough to keep readers interested.

It’ll take a pretty big twist to bring a story about zombies breaking out across the world to any sort of conclusion. I’ve flip-flopped on whether I enjoyed Fredsti’s solution. I didn’t at first. It felt too introspective. The day after I’d finished the book I started to appreciate the conclusion more. It was a realistic ending that suited the characters while being interesting enough to be worthy of the story. I’ve bounced back and forth between liking the final chapters and being disappointed.

Either way; this is a good reaction. It shows I was taken in by the world, the heroes, villains and the don’t-know-what-they-are in which Miss Parker lived.

Dana Fredsti is in a good position to create a zombie outbreak world that Geek Native readers should appreciate. Our interview with the author reveals she is one of us; a geek, LARPer and swordfighter. No wonder her sword wielding hero makes so many geek culture references.

The Ashley Parker series passes the RPG setting test. Plague World leaves us with a setting that’ll work as an RPG. You don’t need any PC to play Ashley as the whole group can be “wildcards”, fighting zombies and safe from infection, while there’s plenty of scope for non-zom enemies. It’s easy to imagine some GMs pulling on the books for inspiration this Halloween.

Overall? I enjoyed the series. I’m never sure who to recommend it too, though, as the set falls somewhere between action, horror and even humour at times. Romance? Even a little of that. You’ll know yourself – fancy something zombie that’s not too hardcore? Try this series.

My copy of Plague World was provided for review. Published by Titan Books, Plague World has been available in paper since July.

The end of the line: A review of Plague World 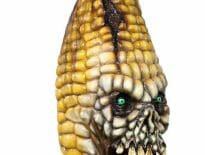 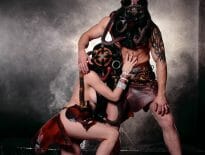