You are here: Home / Books / A review of Plague Town by Dana Fredsti 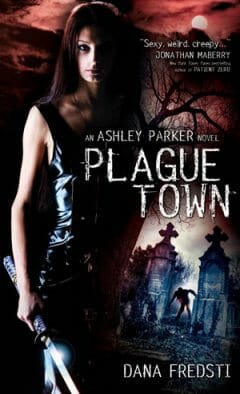 Dana Fredsti has something of a movie background. She’s worked on Army of Darkness as, I think, a swordsmanship advisor. Her website won me over with a single sentence of humility;

I’m glad I took the time to check Dana’s site before deciding that Plague Town would be the next book I rescued from the “to read” pile because, without that hunour, I’m not sure I would have been won over by the story’s promise – a romance over a zombie story.

Are we done with vampires and are now onto zombies? If Buffy – except with zombies seems likely then you’re right. In fact, in her acknowledgements Fredsti fesses up to this and thanks the agent who trusted her to make good on the idea. Honesty seems to be a trait with Dana Fredsti.

As it happens “Buffy with zombies” is an unfair dismissal of Plague Town. Don’t thank our hero, Ashley Parker, for this – thank the zombies. Zombies are very different creatures. They shamble. They don’t look human. They shouldn’t plan.

One of the scary and exciting things about vampires is that they might be hiding among us. That’s not the case for zombies. Thankfully Dana plays all the right zombie cards. The book is called Plague Town – no prises for guessing just how wide spread this plague becomes. These zombies don’t spring, stalk or turning in hulking tanks that smash their way to forwards four survives who have been left for dead. Fredski’s zombies are shuffling horrors and the threat from them comes from swarms or running out of bullets.

There is a nice twist, of sorts, in Plague Town. The source of the zombies is the Walker’s virus – normally a horrible flu. This is a zombie story that features the army but also an army hit by the airborne contamination. Don’t get bit and don’t be unlucky.

Plague Town wastes no time in rolling out the zombies. The drama in the book does not come from the rollout of the plague but from the interaction of the characters and the ultimate question. The ultimate question, of course, is; “How will they survive?”

I’ve mixed feelings about the heroic Ashley Parker. Plague Town is presented as “An Ashley Parker novel” so we can take a pretty strong clue that she, if no one else, survives. Parker is a twenty-something divorcee. I like that. That helps Ashley Parker feel like a real person.

On the other hand, Parker is at one point dressed in a pink tank top and on more than one occasion we’re told about various balms or what’s going on her lips.

Ashley Parker’s awfully quick to gauge people and assign them to appropriate pigeon holes in her life – friend, foe, or a variant like “friendly cute guy”. The plot makes a big deal of any shades of grey that might appear.

Ultimately Plague Town is just a little bit of a romance novel – sure, it’s there, but it’s entirely predictable and thankfully doesn’t down in angst (okay, it choke a little but it doesn’t drown) – and a little bit more of a horror novel. There’s gore but most of it is dished out in a matter of fact way rather than the horrific or the chilling. There’s military tactics, buddy friendships and superhero overtones.

Despite Plague Town being all these things it doesn’t feel busy or confusing. In fact, Plague Town feels light. There’s some mystery but not the feeling of great stories lurking just beneath the skin of the plot. Just as a zombie might demand more brains after chowing down one airhead there’s that feeling of needing a little bit more from the book to be left truly satisfied.

I found Plague Town to be an easy read. I might have struggled, a little, with the hero and I might have preferred to have a bit more meat to it but overall I enjoyed the book. It’s a good way to scratch your zombie itch. For want of a better phrase, Plague Town is a “cheap date” in zombieville. You’ve little to lose and you’ll probably enjoy it!

My copy of the book was provided for the review.

A review of Plague Town by Dana Fredsti 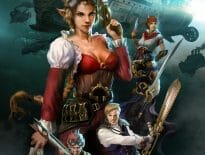 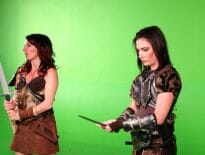