I’ve fond memories of the original Paranoia roleplaying game. It’s fun, funny and has been an entrance game for the RPG-curious. Certainly when I was running the RPG club back at school (medieval era) it was Paranoia that greeted the yearly influx of new faces. Now James Wallis is rebooting the game via Kickstarter.

This is a run-away success. Thank you Computer, thank you. At the time of writing there are still 38 days on the clock and the goal of £30,000 has been smashed with £56,400 or so already in the pledge pot.

If you’re not familiar with Paranoia then imagine a cross between a disturbing dystopian future and a dark humour. The Computer runs everything and tolerates (pretty much) nothing – especially crimes such as being unhappy, being communist or being a mutant. As the Computer is infallible there are supposed to be no unhappy people, communists or mutants. In reality, the Computer is badly programmed, nuts and the Complex in which the surviving people live is riddled with communists (or other secret societies), mutants and those who are secretly unhappy.

Since death makes people unhappy the Computer has tried to do away with that too. People are Clones. You have five backups. If you, somehow, manage to get all six of yourself killed then you were clearly a malfunction and the Alpha Complex is happier without you.

At least; that’s the old Paranoia. We’ve no reason to believe Wallis, Eric Goldberg and Greg Costikyan will stray too far from the core elements and theme. Ish. We already known that “Terrorists” will replce Commies as the main threat.

Nevertheless, James Wallis has a good track record. He deserves the chance with Paranoia. 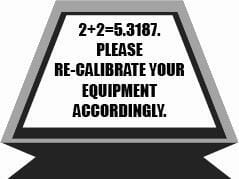 In terms of pledges the action kicks off with £1. That’s enough to get a thank you from Mongoose. Mongoose Publishing are the facilitators of the game. They get the first mention in the Risks and Challenges section of Kickstarter but the whole campaign is being run by Mongoose’s Matthew Sprange. They’ve had a bash at relaunching Paranoia before.

We’re into stretch goals territory with this campaign. The £40,000 line has already been crossed and so “The Mutant Explosion” has been unlocked. This means a deck of 50 Mutant Power Cards and related Secret Society, Equipment and Combat Actions.

The next stretch goal opens up at £70,000 and is called “The Official CPU Form Pack” which will include forms such as the Equipment Request Form, Equipment Complaint Forms, R&D Experimental Testing Forms and the Form Request Form. 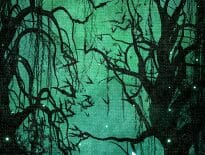 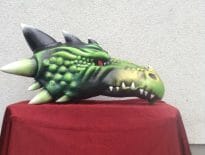