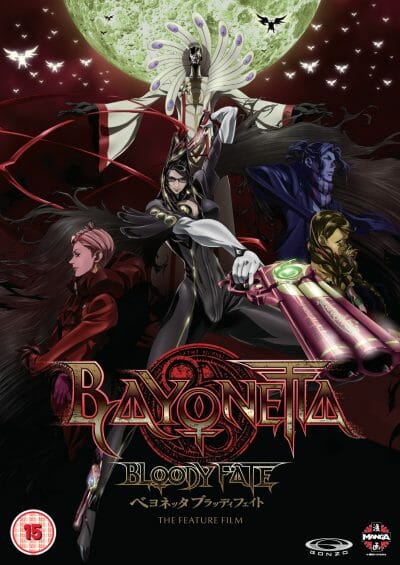 Bayonetta was a popular action computer game. It got great reviews, sold well over a million and had intense combat. It had a “witch time” system in which the frantic melee slowed down and your sexy witch could take down angels and fight back against the impressive bosses.

The movie, Bayonetta: Bloody Fate, follows a similar plot. It’s not an exact match but we start with Bayonetta in angel hunting mode, recovering from a 500 year sleep in the bottom of a lake and the loss of her memory. She becomes intrigued by a cult/religious leader in the fictional European city of Vigrid and goes to investigate. Many battles ensue.

I’m in two minds about this movie. It’s based on the computer game so I suppose it’s what I was expecting. I gave up on the game in short order. I can be hypnotised by martial arts apparently based on butt wiggles, boob thrusts and a mighty thigh gap but there’s only so many maulings from angels I can take before I quit. Bloody Fate is revenge for me. This Bayonetta with guns strapped to her feet and two double-barrelled blasters in hand tears through the holy host.

This is an anime which begins with a sexy nun fighting angels, moves to duelling a motorcycle on a speeding train, a race with an angelic Cadillac and concludes with an unholy hair golem battling a cosmic entity in space. 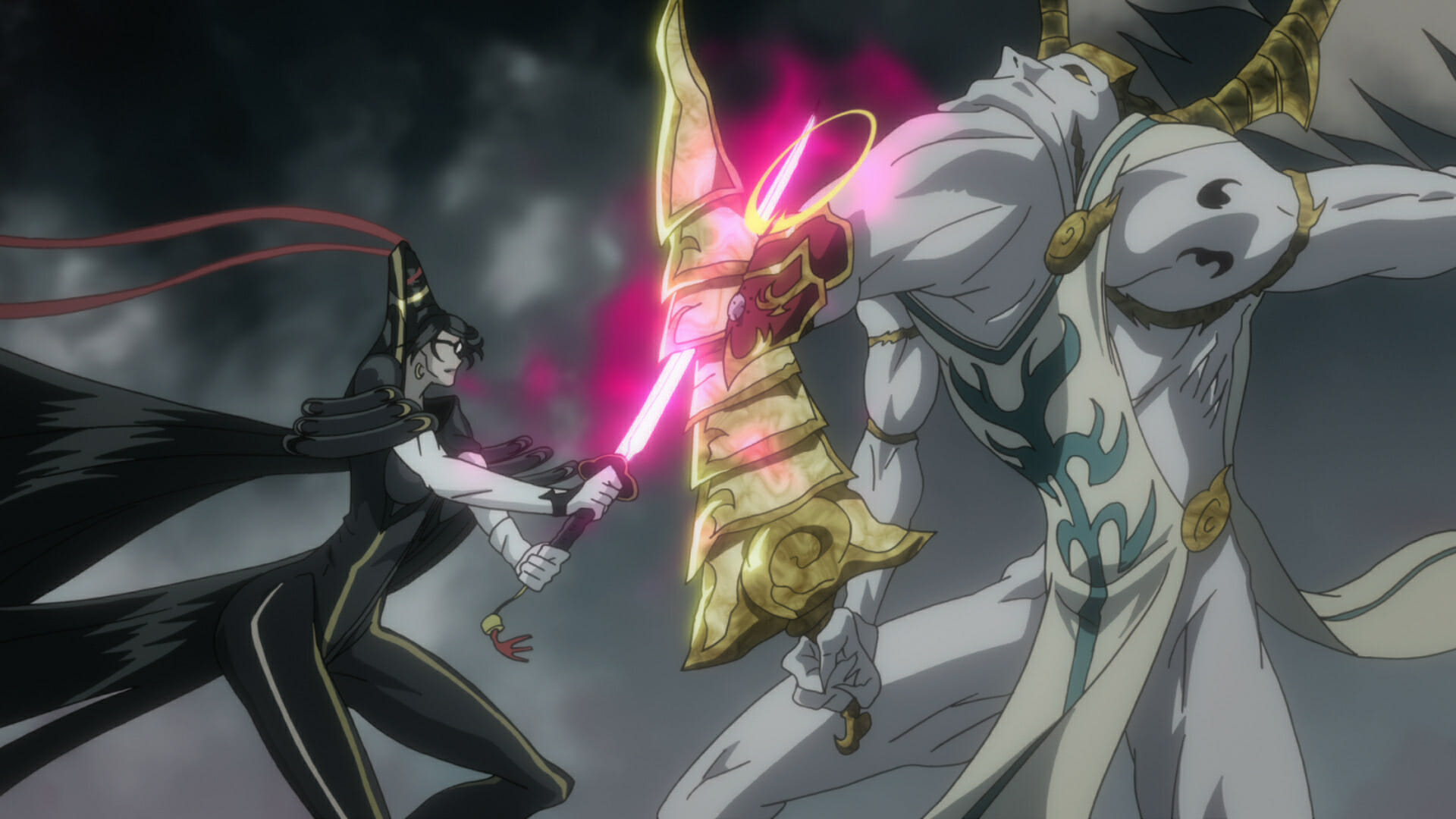 Hair is a big deal in Bayonetta. When she’s not wearing sexy nightgowns I think she’s essentially naked but wearing a costume composed of her hair. This means whenever she has to summon a hair-monster-demon that costume untangles. We don’t see any 18-rated body parts because of the power of hair bikinis and lens flare effects. 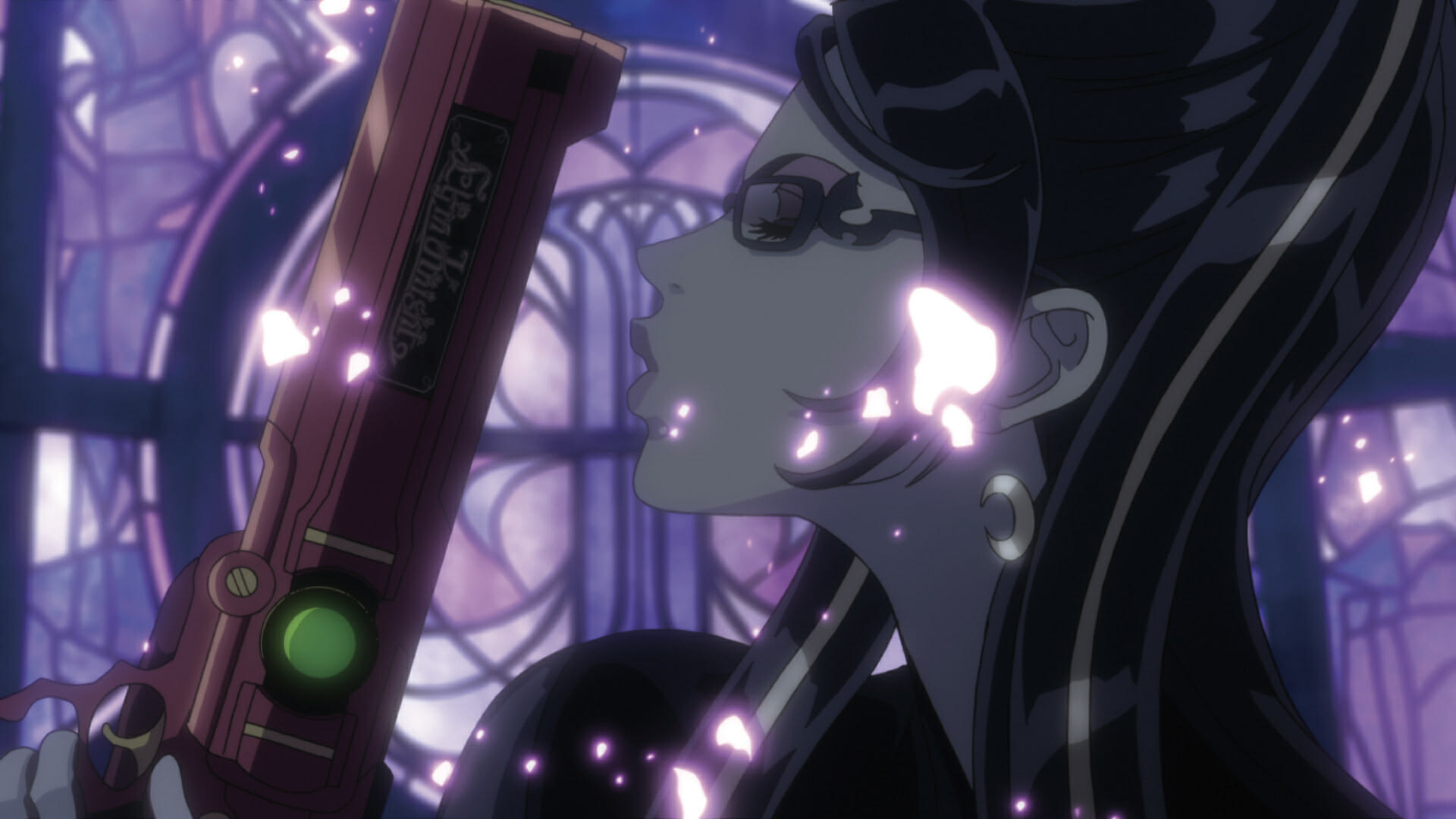 The animation style is interesting. It’s actually pretty high quality. We’ve some marvellous church scenes and pseudo-European architecture. The angels, just like in the game, are fantastic. On the other side the flavour of the animation seems to hark back a generation or two; perhaps to when the game was out – no, actually, even before that. The result is you tend to miss the great animation as you’re caught up in an 90s style action romp. It’s also pretty hard to watch the wonderful scenery when a 20 story tall angel-monster with two Gatling guns is battling a witch who keeps on taking her clothes off.

This isn’t a movie to introduce your other half or friends to the world of anime with – not unless they’re Bayonetta fans. Boy; does she have some fans. You get to discuss whether she’s female empowerment or just plain old objectification all night. If you’re a Bayonetta fan and an anime fan then this is a no brainer. For the rest of us; I think Bloody Fate is suited to a few bottles of beer, take away pizza and one rainy weekend night. 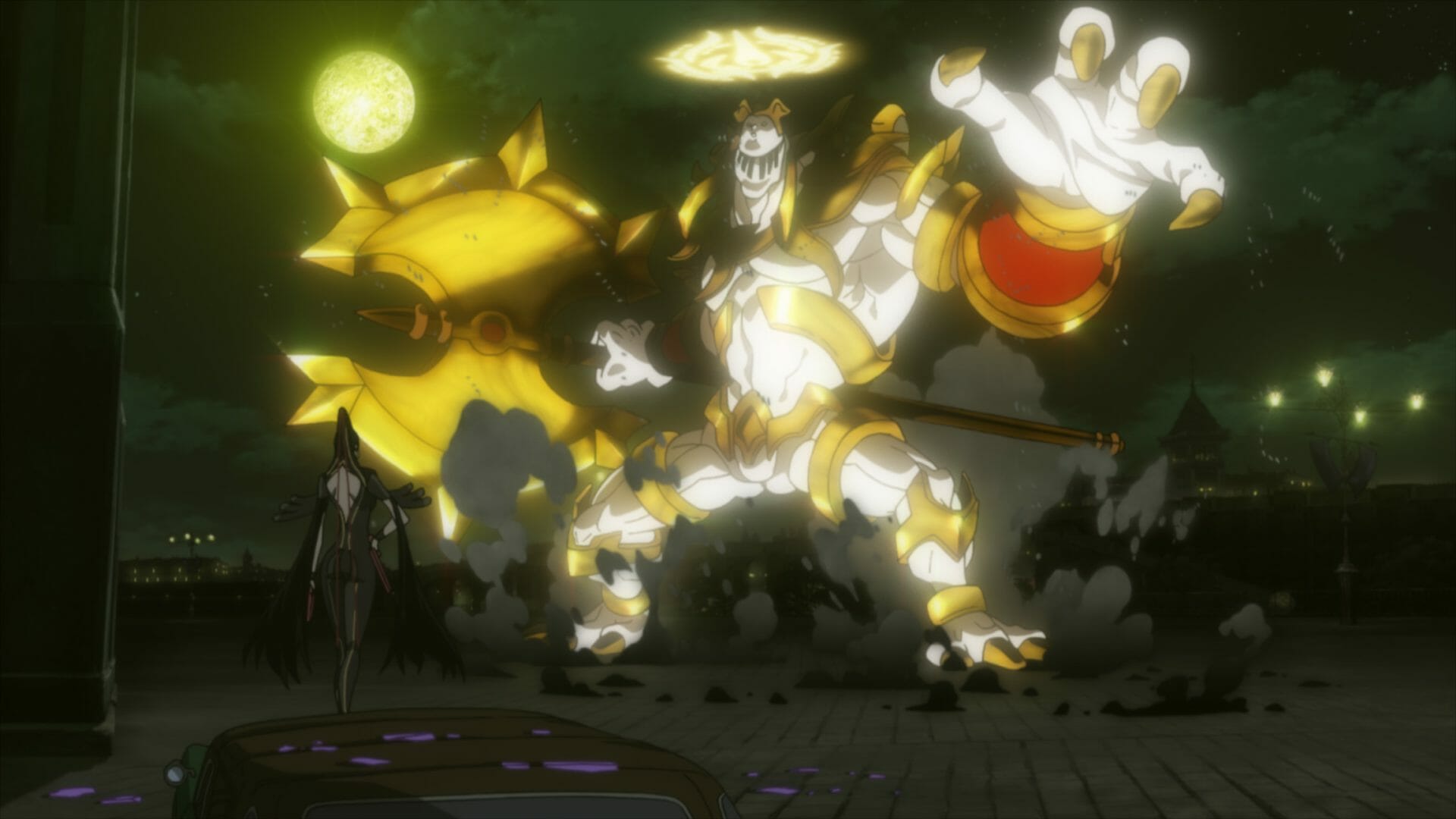 Looks like Bayonetta: Bloody Fate will hit the shops too. Amazon UK is taking pre-orders with a due date of November 24 this year. 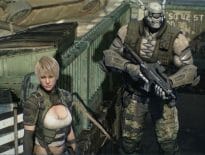 Movies Real enough for you? A review of Appleseed Alpha 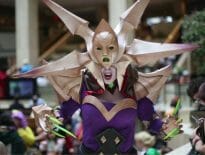