You are here: Home / Games / Tabletop & RPGs / The Secret War: Achtung! Cthulhu gets a movie 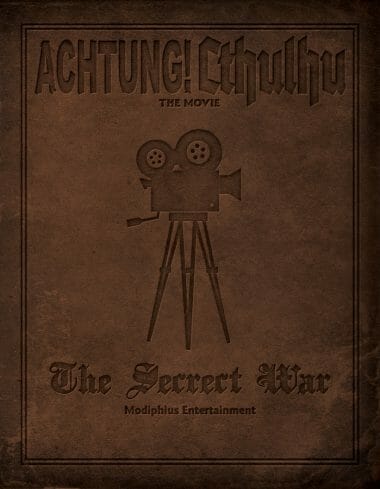 When did you first hear about Modiphius Entertainment?

The London-based publisher first got attention with promises of Achtung! Cthulhu, a setting that merged the horror of war with horrors from beyond time and space, and then smashed targets at Kickstarter. Then came Mutant Chroncies as Modiphius targeted the sleeping giant, promising enough new life to secure the project. That’s not all, the Modiphius team have even taken the reigns at Dragonmeet.

Now the busy company has announced The Secret War. This is a Achtung! Cthulhu movie. Dirk Vandereyken is working on the script and Raine McCormack will direct. IMDB lists a Raine McCormack as an uncredited giant in Bryan Singer’s Jack and the Giant Killer.

In my mind, Achtung! Cthulhu has never been just a game.

The writings of H.P. Lovecraft have inspired a massive backstory, set against the backdrop of World War Two. This isn’t just another ‘weird war’ tale but a deep-rooted, millennia-old conflict, in which mankind is but a mere pawn. It lends itself extremely well to different media, so I know that both H.P. Lovecraft and Achtung! Cthulhu fans are going to be excited to see what we have planned.

The film is slated to begin shooting in Summer 2015 – and true to form; with possible Kickstarter.

The Secret War: Achtung! Cthulhu gets a movie