You are here: Home / Games / Console / Bungie show off Destiny gameplay on Mars

The beta sample of Destiny was impressive but brief. Especially brief for those who pre-ordered and thought they’d get an extra day or so ahead of the crowd. Nevertheless; everyone I spoke to who played the beta but hadn’t pre-ordered Bungie’s latest game are now pre-order customers.

In short Destiny brings more RPG elements to Halo. It even dabbles in the area of MMO without the time commitments and need for farming. The idea of “firesquads” going in on missions together brings a whole new gameplay aspect.

The world is also huge. In the beta it was fairy easy to develop your own personal hover craft. This was a vehicle that your ghost could manefest from thin air, in effect, and allow you to travel far more quickly. You were vulnerable to attack on the unharmed vessel though. 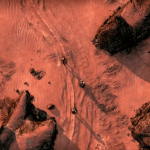 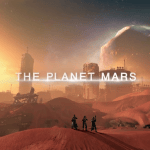 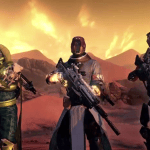 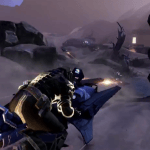 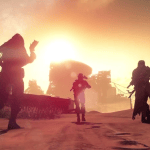 Where can you pre-order? 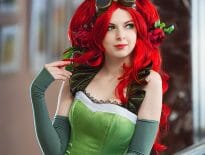 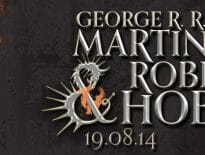