Looking for a virtual tabletop? That’s a system to let you game with friends (or strangers) across the internet and yet with a familiar tabletop (ish) feeling. There are a few options to pick from and d20Pro has traction and is available for Windows, Mac as well as Linux.

Now the company behind the software want to take things further and release d20Pro Unlimited.

The campaign is do more software and not an actual table. That contrasts to projects like GameChanger which raised nearly £10,000 on Kickstarter. D20Pro Unlimited’s approach may be easier to fund. The Kickstarter campaign closes on September 13th, needs $10,000 and already has nearly $20,000 from over 420 backers.

A pledge of $5 allows existing d20Pro gamers to upgrade to d20Pro Unlimited. You see, with d20Pro Unlimited the Mesa Mundi team are developing something that’s already at version 3 and are looking ahead to the time when we may have access to cheap and table sized tablets. Mesa Mundi aren’t (yet) suggesting gamers need to buy such an expensive piece of tech in order to make use of their software.

The question of “which RPG to support” might be a tougher one that which hardware to support. Right now the software is tightly coupled to D&D 3.5. If the Kickstarter breaks the $30K mark then they’ll produce plugins so you can use the software for any game system or house rule.

The greatest success for d20Pro will come if Unlimited opens up a large marketplace for third party developers. This will mean publishers could offer official modules. That’ll begin a virtuous cycle of promotion and marketing.

Have you used d20Pro? Tempted by d20Pro Unlimited? Let us know your thoughts in the comments below.

GeekNative thank-you for covering #d20ProUnlimited! A thriving Marketplace for 3rd party devs is exactly what we have in mind. 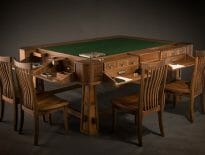 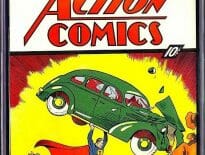