We’ve had a peek at the Sorcerer Class and the table of contents which Wizards of the Coast offered up to the Escapist as an exclusive. Reddit spotted that the team at d20 Monkey had another. This time it’s the bard! 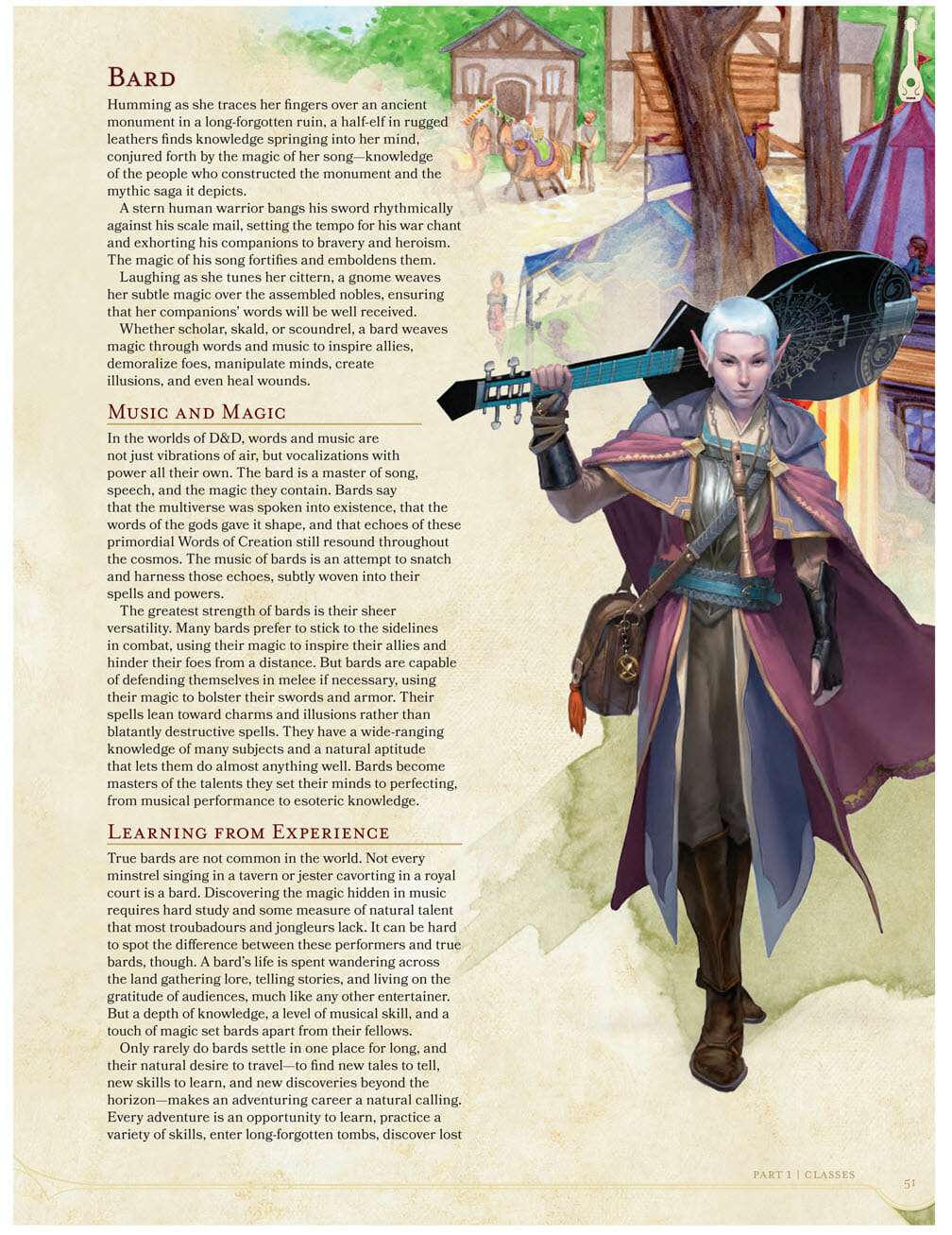 Humming as she traces her fingers over an ancient monument in a long-forgotten ruin, a half-elf in rugged leathers finds knowledge springing into her mind, conjured forth by the magic of her song – knowledge of the people who constructed the monument and the mythic saga it depicts 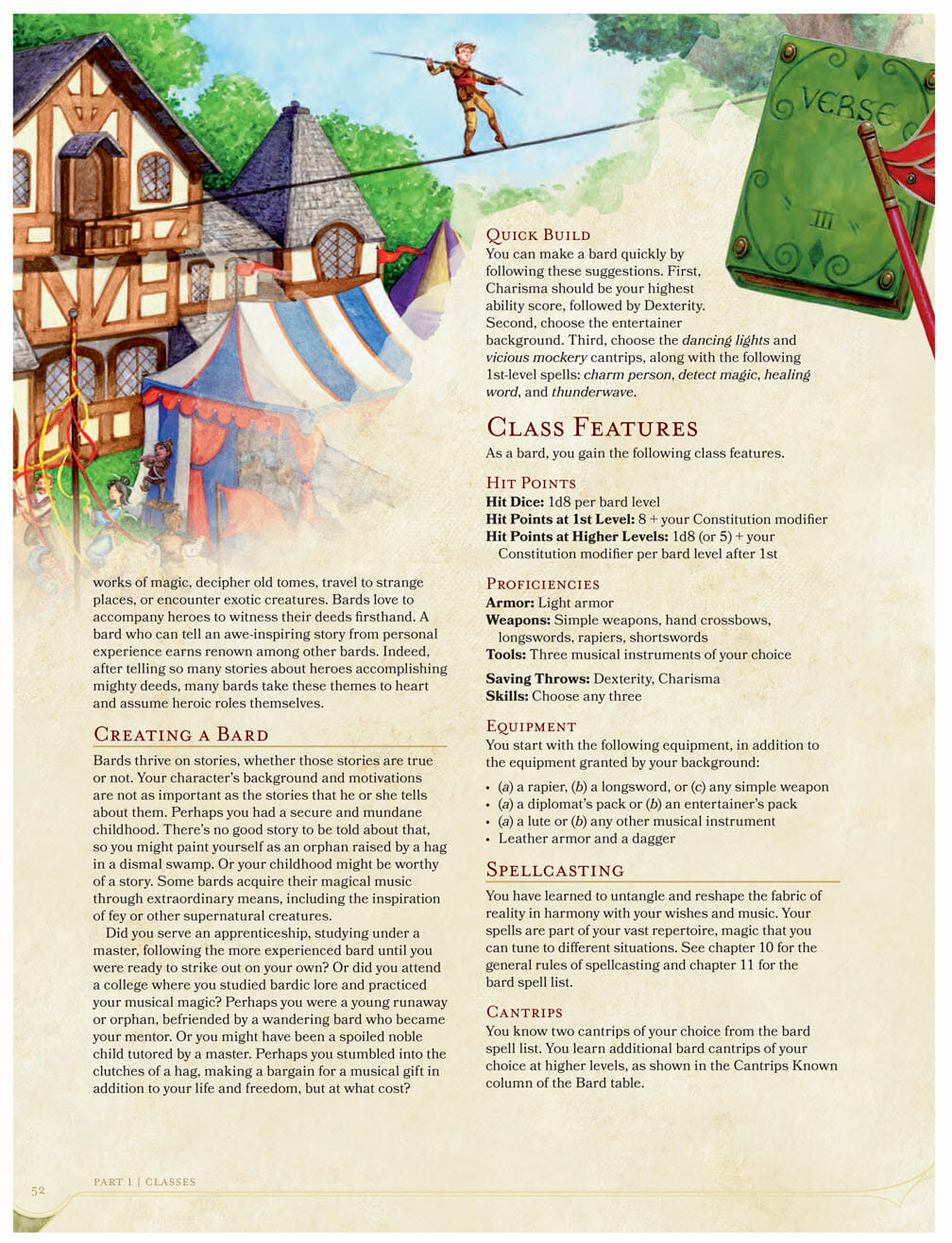 Both the Sorcerer and Bard classes will be in the Player’s Handbook which you can pre-order now and should be out of August. 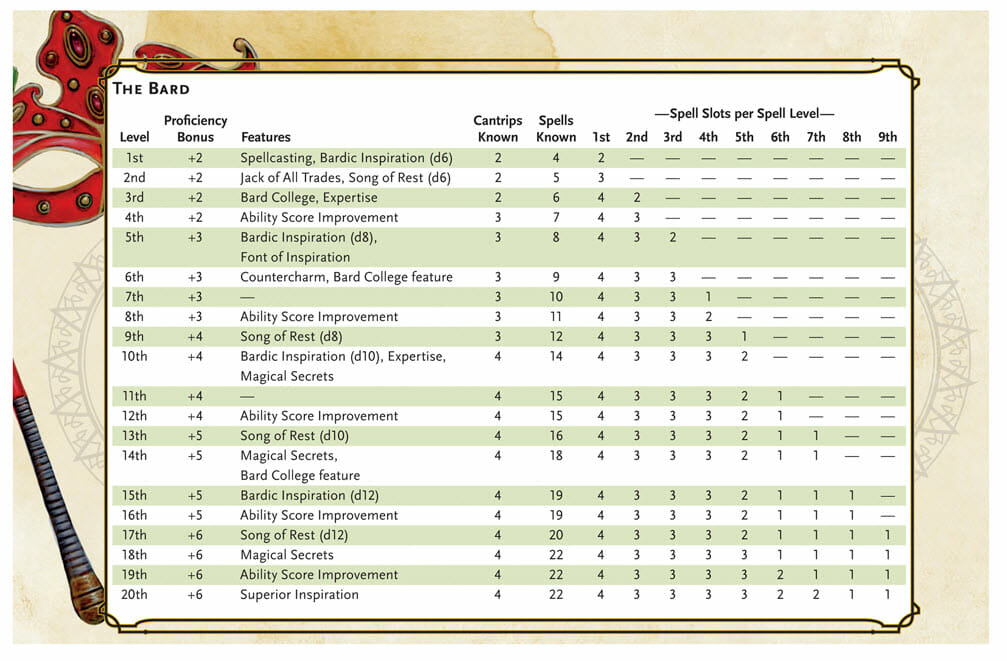 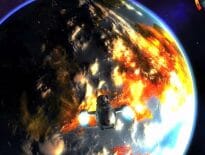 PC Sneak look at the Firefly FFO and trailer 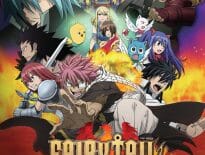