You are here: Home / Books / Comics / Grown up Alice: A review of The Weirding Willows 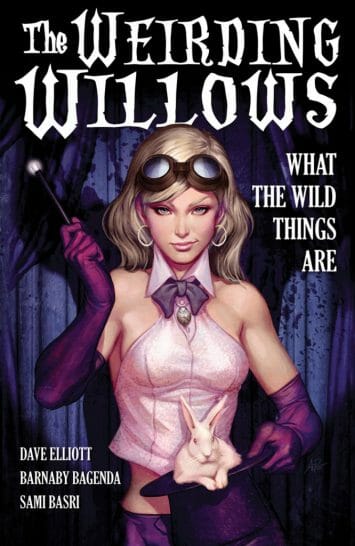 I’m not sure why but many “grown up Alice in Wonderland” comic books take a certain adult spin on the story. Yes, while it’s true that The Weirding Willows has our grown up Alice wandering around without any trousers on for the opening panels she soon dresses and it is not really that sort of story.

I’m not entirely sure what sort of story The Weirding Willows is. It’s a multi-mega-mashup. We’ve Alice from the Alice in Wonderland series and her father. There’s also the Wicked Witch of the West, a purple dinosaur, Frankenstein’s Monster, Mr Badger, Mr Toad, Tarzan and many more.

Author Dave Elliott noticed how many interesting stories were set in the last few years of the 19th century and from that the multi-weave began. We’re told that this is just the first of a series of stories and that it only hints at the huge mashup potential.

The question is; does it work?

The art helps hugely. The work by Barnaby Bagenda and Sami Basri is superb. You’ll recognise characters you may only have read about in books from how they look in this graphic novel. Equally, those iconic characters which have had memorable films (or animations) look as you would expect. Whereas you might worry slightly about the added complexity of a new character, if even just a cameo, but there’s always the delight in seeing the new character brought to life.

I’m not sure the humans do very in the book; especially the older ones. I suppose that’s appropriate given the collected characters. That said, given some old favourites appear in The Weirding Willows as baddies or makers-of-mistakes it does lend itself to wishing everyone just get along and work it out.

I didn’t whiz through The Weirding Willows. I read the 104-paged hard back in three doses. I think that speaks to how packed it was and how you can’t really casually flick through the graphic novel if you’re tired. This book demands your attention.

Despite not zipping through the graphic novel I certainly enjoyed it. I’d like to see a sequel. I’d like to get deeper into the mythology of the place and the background of the world. I’m a little cautious about the roster of characters expanding again but intrigued too.

This video tour of the hardback comic book was created with Google+. It uses filters and my bad photography.

My copy of The Weirding Willows was provided for review. Dave Eillot, Barnaby Bagenda and Sami Basri. Titan Comics and A1.

Grown up Alice: A review of The Weirding Willows 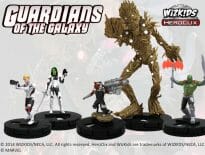 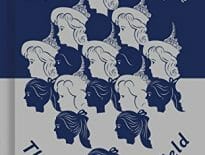