I caught this Kickstarter pitch for the tabletop RPG Timeline Fracture from Jesse Galena. It’s a time travel/world mashup of a roleplaying game that’s after $6,000. The pitch for the game includes the ability to maximise the value and enjoyment of your d20 books.

It’s an interesting idea and after watching the video I reached out to Jesse to see if he could supply Geek Native with reasons why gamers would still have a collection of d20 books in the first place.

There are so many campaign settings and different genres of games that use the d20 rules, it’s difficult to play them all. Some have more immediate appeal than others, so those others tend to get pushed aside. Don’t let a lack of instant gratification or unfamiliarity stop you from trying a new game. Never played a game where you were pirates sailing the high seas or international spies or pioneers terraforming a new planet? Try it. There is a d20 setting for nearly every genre or setting you can think of. If you do conjure an idea that has no corresponding game, you can do minor tweaks to make a similar book fit your setting.

One of the strengths of the d20 system is its wide-spread use. Most people who play tabletop RPGs have played a d20 game, so your friends already know the core mechanics for the game. This makes a setting you’ve never tried easier to breach since you don’t have to learn a new system in order to have a great experience with it.

Take a step outside the familiar and see what hidden possibilities surface.

2: Play a game where everyone makes a ridiculous or mechanically terrible character.

While a comedic campaign might be the first thing that comes to mind when you see this, you can still make a compelling game while doing it. When everyone enters the game with such an attitude, failure is no longer a problem, but rather a creative way to progress the story. Astounding feats are still celebrated, but simple tasks can also produce a great response. This allows players and the GM to not worry about being the best or not being the most optimized.

For example, try a party consisting of three bards and one monk, try making a wizard that does bare-knuckle boxing and focuses on touch-attack spells, or have a character that takes a new class every level.

Need a little more inspiration? How about a bard who duel-wields whips and plays the harmonica:

3: Play a game as monsters that are normally evil trying to do good.

Grab your favorite book of monsters or pick up Savage Species and give this a shot. When playing as monsters, you have access to abilities you usually don’t get to touch as a class. Things like constant flight, mind control, or the ability to instantly eat brains, inflict mummy rot, create spawn, or possess creatures are a few of the incredibly powerful and non-standard abilities you can obtain.

When you’re in combat, losing health generally isn’t your chief concern, since many of the monsters are built to attempt TPKs or inflict the fear of lingering, terrible effects. While you can still lose the fight by being overpowered or out-classed, the social strains of deciding if your powers are ethical and if you want to further tarnish your species name by using them become a valid concern. The normal trappings and problems of an RPG campaign don’t mean much against such powerful creatures, thus introducing a very different set of problems and obstacles the players must overcome.

Want to play a class you’ve never tried? Have a really awesome idea for an encounter but don’t have enough content for a whole campaign? One-shots are perfect when you have a great idea or want to try something that is unfamiliar. Want to fight a kraken or a jabberwocky? Those have stats. Want to be a shadow dancer and shadow jump from one ship to another in a high seas game? Try it. Running one-shots with the d20 system are great for giving you a taste of something different. As mentioned earlier, nearly every setting is covered and most people will not have to learn a new system to play.

One-shots also allow you to try new things without consequence. It doesn’t matter if you take a feat or a class level that isn’t going to be as useful in five levels or take a feat because it is a prerequisite for something you want later. You need only worry about what happens in the one-shot. You can have fun and make a luchador named Macho Orc Randy Savage or a druid that has to attempt a ride check on every creature he finds. Minmaxing or optimizing becomes pointless, allowing you to experiment and perhaps find something even more enjoyable that what you’re used to.

Need a few ideas for a one-shot? Here are a few:
– Fight to escape from the bottom floor of a sinking cruise ship that is filling with water. Each floor presents different problems, and with a rising water level, players cannot take too much time on any floor.
– Stumbling upon a strange device, you are transported to pits of hell, disrupt a wedding and must fight the drunken, demonic attendees in order escape and find a way to return to your world.
– Traveling through the desert, the sand opens beneath you, dropping you into a massive, long-forgotten library buried deep in the earth. Unannounced to you, every creature or object you read about in its tomes are conjured somewhere in the library, either aiding or hindering you in your escape.

For the 5th reason to keep those old d20 books handy – I asked Jess to talk about Timeline Fracture itself.

No matter what idea you or the other players have for a character, they can all fit in a party together to explore The New World. Lycan barbarians, steam-powered cyborgs, nano-bot infused samurai, and alien technomancers are all equally welcome and playable. The setting offers a cross-genre experience where anything is possible for both the players and the GM.

The setting allows every player to make any character they want, while the mechanics solve the problems that come with mixing classes and equipment from alternate timelines. The large source of material allows the GM to combine different aspects of each timeline to create scenarios and problems that the players cannot resolve with their normal problem-solving techniques.

The game allows new players to create a formidable character with what they are familiar with while rewarding older and venturesome players to diversify and experiment as much as they desire.

The Kickstarter for Timeline Fracture is still live at the time of posting. You can find out more information about the game here. 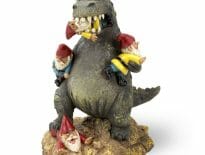 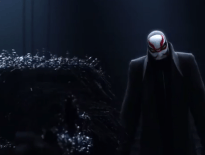