Although this year Green Ronin doesn’t have a new superhero in wrestling ring the publisher has been very busy. I caught up with Jon Leitheusser and Steve Kenson to talk about the game and forthcoming releases.

Expect some out of this world art throughout this interview and let us know what you think in the comments below. 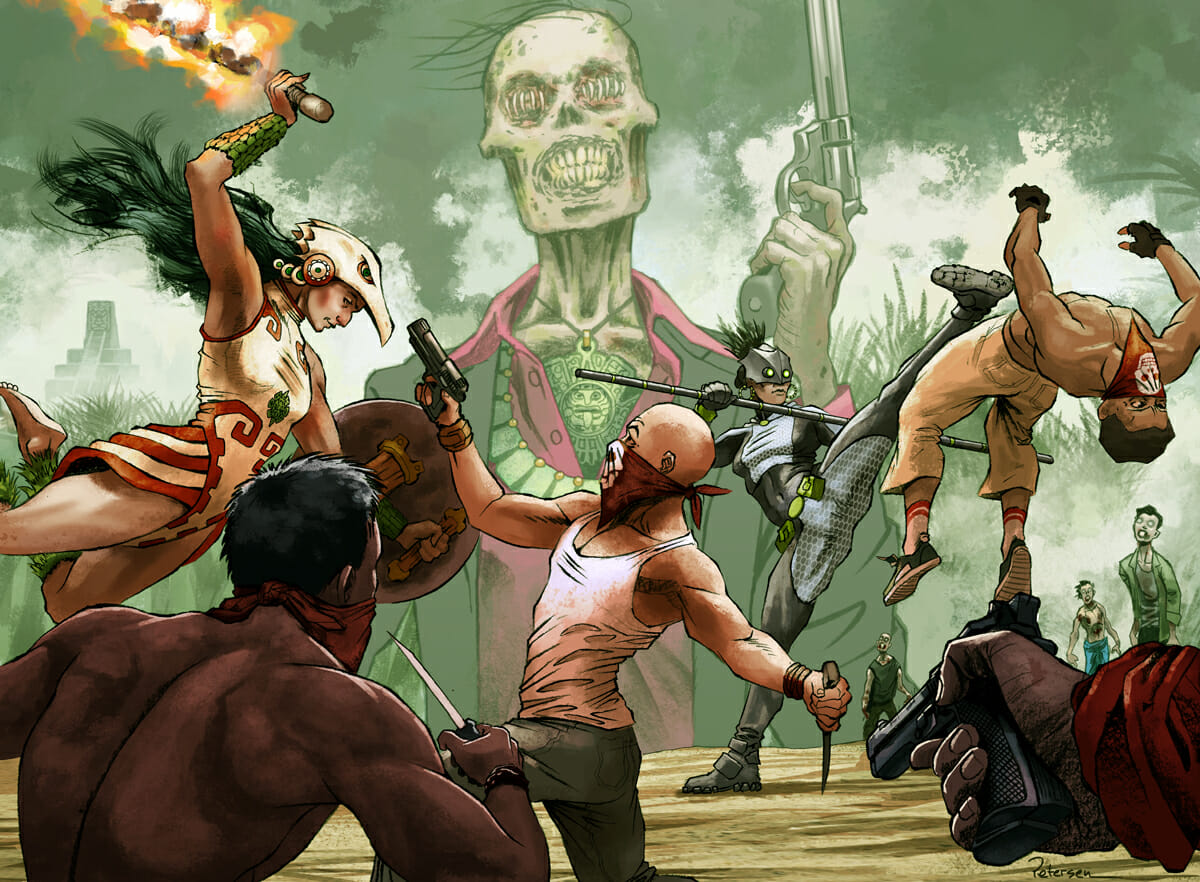 The Atlas of Earth-Prime

It’s Superhero Week here at Geek Native so could you tell us about what’s going on with Mutants and Masterminds?

Sure! Thanks again for having us back!

Green Ronin’s been busy this last year. We wrapped up our Gadget Guides series of PDF releases at the end of 2013 and now the collected PDF is available for sale in the Green Ronin Online Store. There’s also a pre-order deal running right now for it. We hope to have that book by the time of Gen Con.

Our weekly series of PDFs for this year has been going for a while now. It’s the Atlas of Earth-Prime. Each (roughly) bi-weekly entry covers a country or collection of countries from all over the world and next year we’ll collect them into a book, just like we’ve done with the Threat Report, Power Profiles, and Gadget Guides.

The two big books on the horizon are the Cosmic Handbook, which is looking great and heading to layout soon, and a new version of Freedom City for M&M Third Edition. 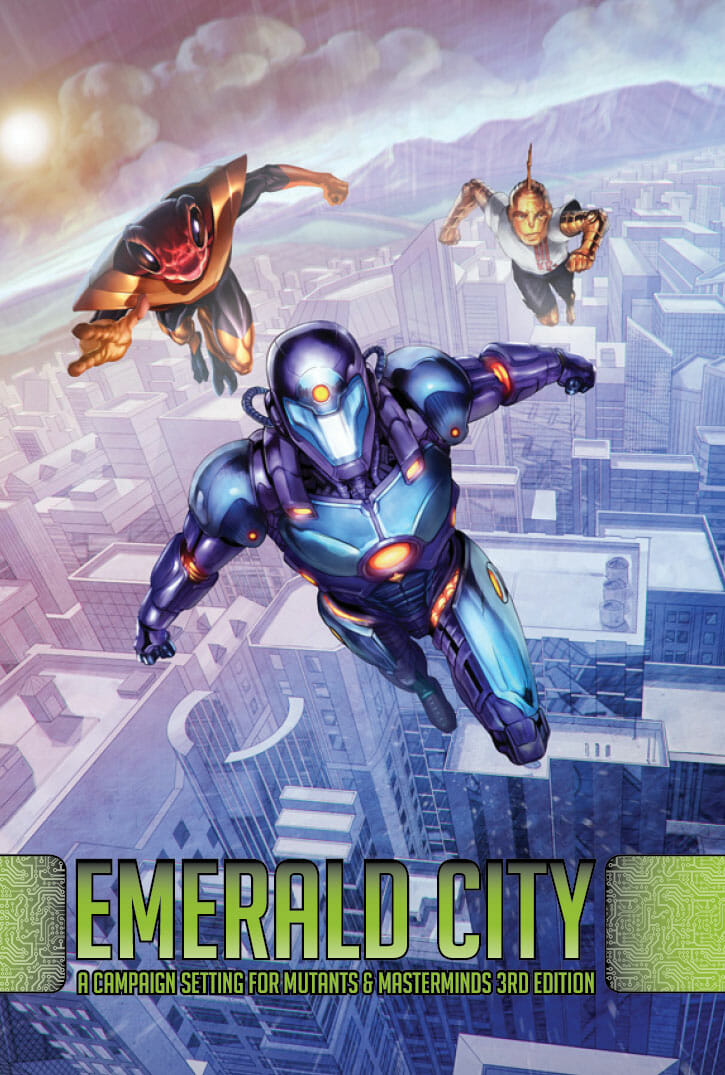 That’s a lot of releases. Can you dive into them a bit more?

Absolutely. The Atlas of Earth-Prime series will include about 20 entries. Each PDF is only $1.99 and runs about ten to 12 pages. Those pages are filled with information about what makes those countries unique and interesting, including the heroes, villains, and super teams that call them home. In every entry we want to make sure to present story hooks and other tidbits GMs can use in their games. To that end, we make sure to include information about different aspects of the region. So, if a GM is looking to run something in Mexico, they might want to do something related to the aliens that live there – as in, aliens from outer space – or perhaps the GM wants to do something in the Caribbean and wants to know who the local heroes or villains are. Those are the sorts of things we want to provide with these PDFs. They’re by no means exhaustive, but we cover a lot of ground in ten pages and leave plenty of room for GMs to expand however they’d like.

There are statblocks for the heroes and villains, then?

Yes. Each entry includes about three to five characters with full statblocks (including Hero Lab portfolios). Not every character mentioned in an entry has a statblock, but we include the characters the players are most likely to encounter. For the characters we don’t include writeups for, we try to put in a bit of information about the character – enough so the GM can work something up on his or her own. 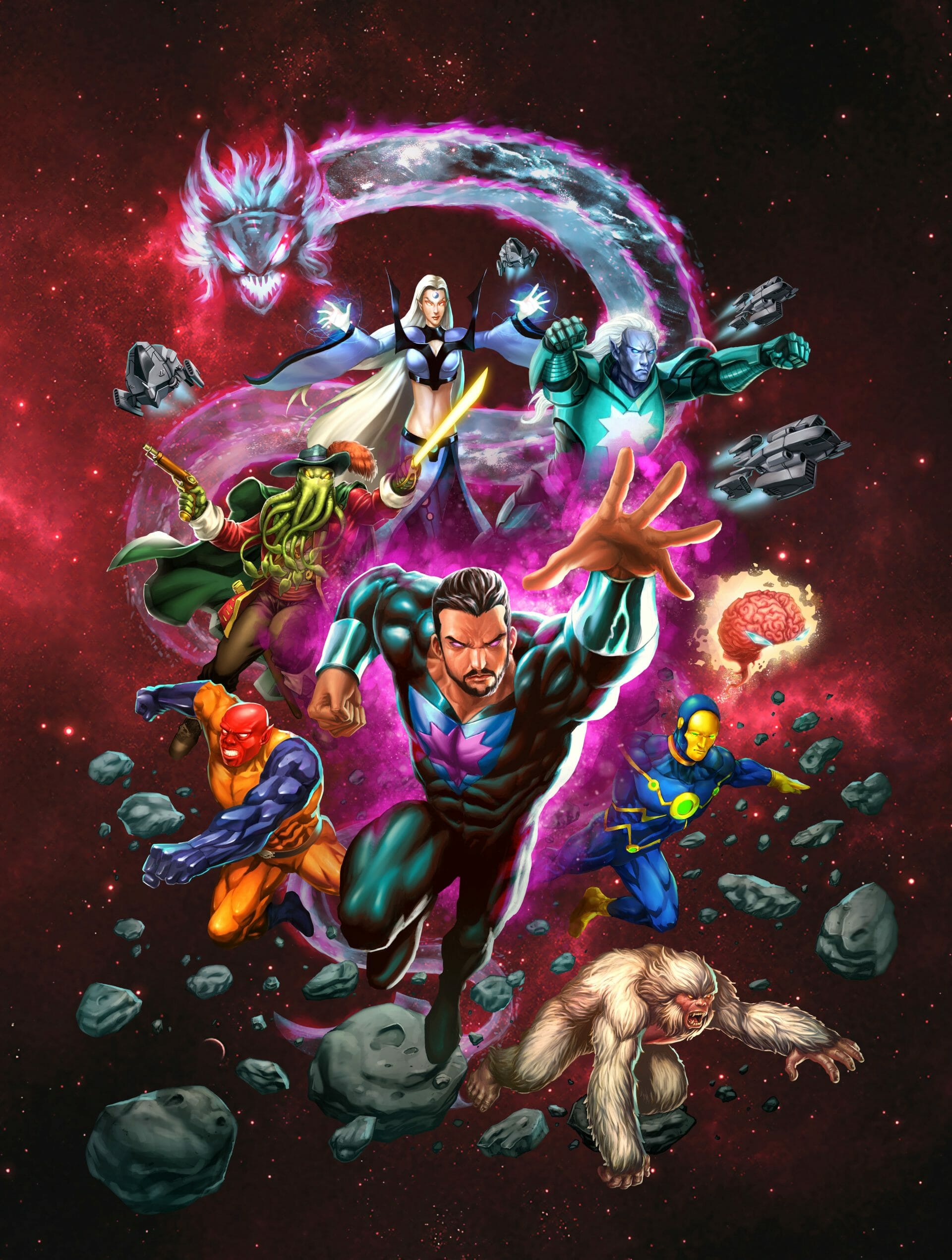 With the impending release of Guardians of the Galaxy, the Cosmic Handbook seems well timed! I assume that book is all about superheroes in space?

Exactly. The Cosmic Handbook covers everything from space pirates to super-powered police forces to galactic empires. We wanted to give players and GMs resources for running their own space-faring super-heroic games. We include a bunch of heroic and villainous archetypes like the Cosmic Critter, the Space Demigod, and the Strange Visitor to the Alien Supermind, the Imperial Champion, and the Space Dragon, plus a bunch of alien races and tips on creating new races. There are some changes to a handful of rules to make them work better in an outer-space setting as well as information on the current state of outer space in the Earth-Prime Universe.

I was excited to hear Freedom City is coming back! Can you tell us more about that?

Freedom City has been around since the beginning of Mutants & Masterminds and while we’ve expanded on the setting with Emerald City and the Atlas of Earth-Prime, Freedom City is really the heart and soul of M&M. Since Freedom City is M&M designer Steve Kenson’s baby, he’s been reworking the setting for this edition of M&M. He and I have talked about a number of things that have changed since the last edition of the book, so the city will be familiar, but not exactly the same as long-time fans might remember. For example, the Freedom League’s lineup has changed and they’ve shifted focus from protecting Freedom City to protecting the Earth in general. They still have strong connections to the city, but moving their activities out of the city opens things up for GMs and players to introduce a new team of heroes. In that way we’ve taken a page from the Emerald City book, which left a lot of “room” for players to populate the setting with their characters.

A number of other things have changed as well. The characters from the Next Gen have moved on to bigger and better things, the city has a new mayor with a familiar face, there are a bunch of new, surprising residents on Star Island, and more. Plus, as you’d expect, there will be a large number of great characters from previous Freedom City products converted to current version of M&M. 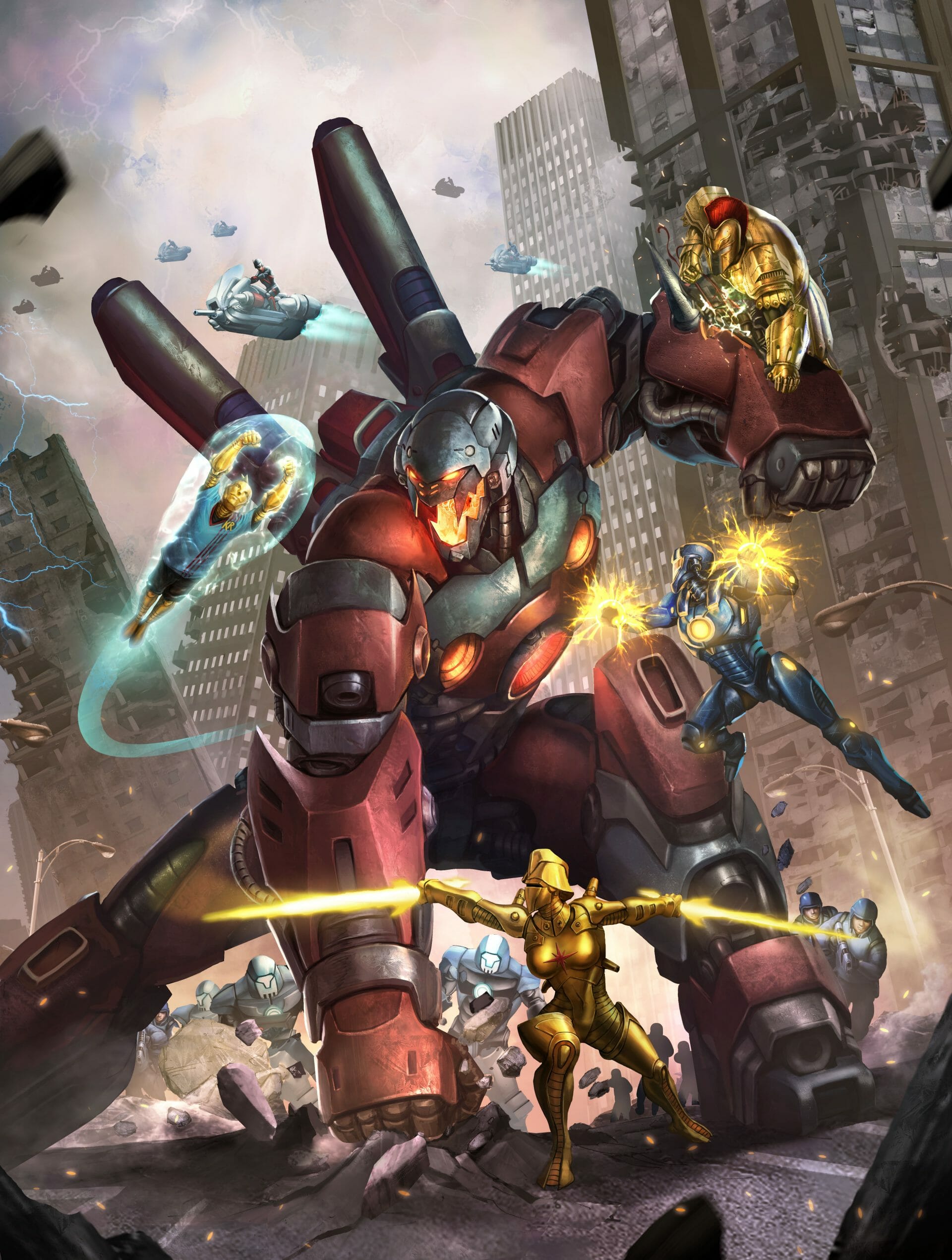 So is there anything missing from this edition of the book compared to previous editions?

The biggest things that are missing are the sections covering other parts of the globe. Since we’re producing the Atlas of Earth-Prime, we didn’t have to cover other countries and continents in the Freedom City book.

I should also say, the book is organized more like Emerald City. There’s a “Player’s Guide” with information for the players, so they can get to know the city and figure out how to fit their character into it. The second part of the book is the “Secrets of Freedom City”, which is written for the Gamemaster. It includes story hooks and information the GM can use to come up with adventures unique to Freedom City. The third part of the book contains writeups of heroes and villains with updated stats and backgrounds. Some of the characters have changed a little, some have changed a lot, and a few have been significantly overhauled and reimagined.

That all sounds great! Thanks for joining us this week and I look forward to seeing the upcoming books when they’re available.

Special thanks to the Ronin team for their answers and help with the questions too!

Reading this on the 4th of July? Just make a mention of that in our Superhero Week competition and you could be our lucky winner.

TV Doctor Who: I see into your soul Doctor – tr…

Cool Tech Superhero Week: Avengers 3D wall lights
💰 Copper Coins 💰 Geek Native is an affiliate and may earn commission on purchases you make from third-party sites.
🍪 Privacy & Cookies 🍪 The site uses cookies to survive. By accessing the site, you agree to use your browser to control cookie use or take 1d4-3 privacy damage (tracking). If you defeat cookies via ad blocking, please consider the Patreon. An intro to cookies, and how to control them, can be found here. I Manage Cookies