You are here: Home / Books / Comics / A fight to the death: Penguins vs Possums 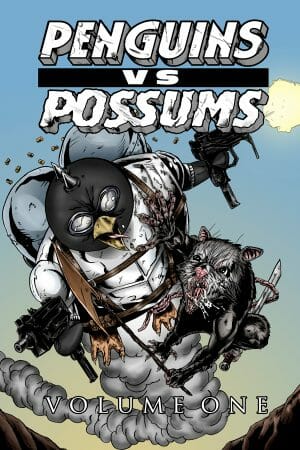 Player versus Player – that’s what most gamers equate the acronym PvP with. There’s another brutal PvP, though, and this is a deadly PvP that has been waging unseen by mankind for generations. Penguins vs Possums has two sides locked in combat.

The last Fanboy Comics title I reviewed also featured a battle being fought in the shadows with mankind none the wiser. In The Arcs, though, it was easy to pick a side to support. I was rooting for the Angels. I can’t pick a side in Possums vs Penguins as there are mistakes, idiots and a legacy of sin on both sides.

The penguins are more organised, led by the Emperor and seem better equipped with technology. Ever seen a gun-toting penguin jetpack into a fight? I have.

The possums are more wild, led by tribal chiefs and beliefs and far more agile and swift than their foes.

It’s a little unsettling. I love dark and edgy military politics. The fact that there seems to be no right side (just right people; even if they make mistakes) is usually a big tick in the box for me. The catch? We’re talking about penguins and possums here. Frankly, if it wasn’t for alternate possum pictures appearing on Reddit’s cute pictures and funny picture threads I probably have to remind myself what a possum actually was. There aren’t any possums here in Scotland.

Even though I struggled to relate to any of the characters I did find myself getting engaged with the plot. It’s enjoyably layered. You could read PvP just for the action but I found more satisfaction in trying to guess ahead of the plot twists. Some I called. Some beat me. Whenever you find yourself playing that game you know the author has scored a point. In this case Sebastian Kadlecik with John Bring and Lindsay Calhoon Bring can tell a story well enough to have you speeding through the pages. 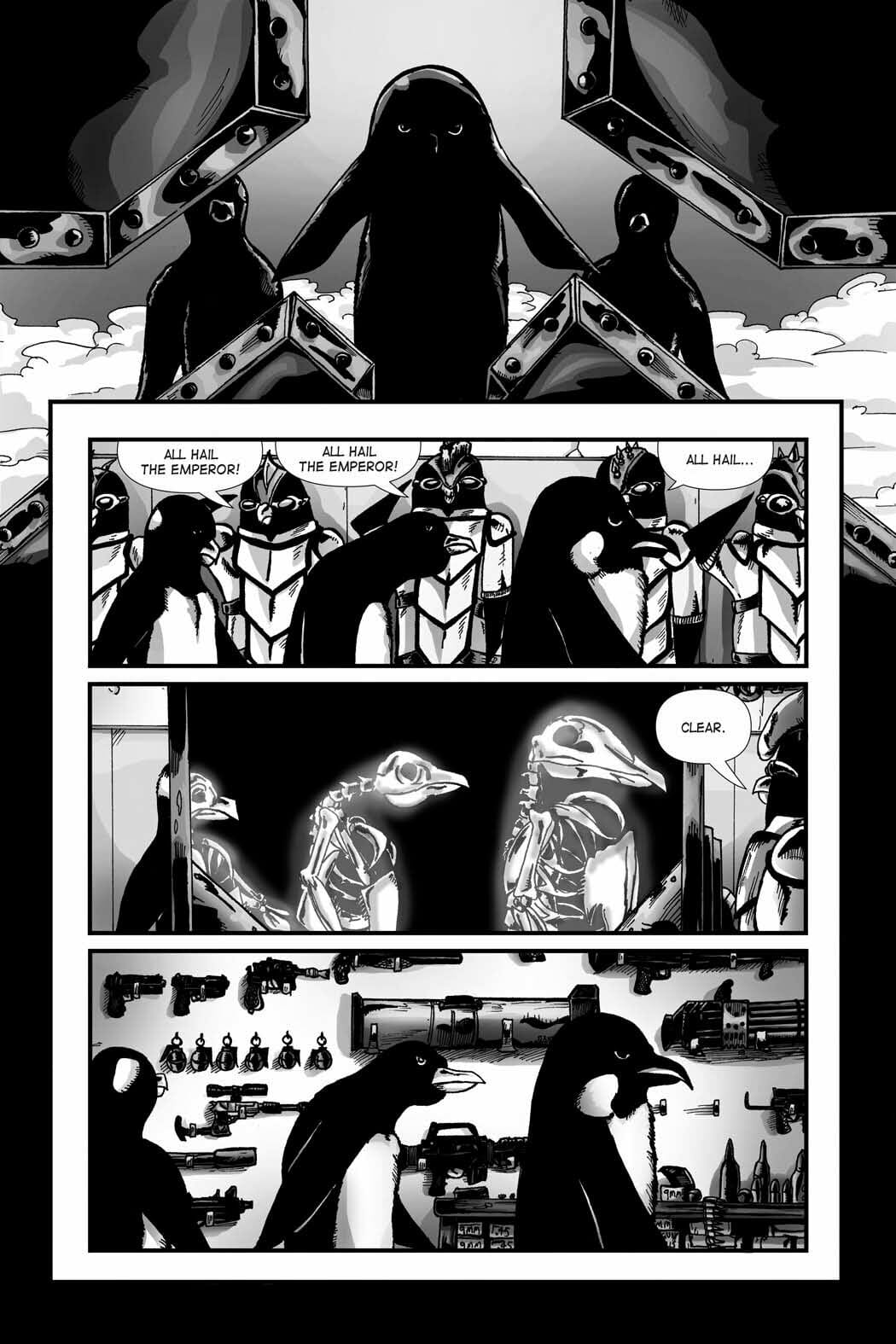 This is just the first volume as well – over 100 pages – and it feels as if there is plenty more to tell in the story. I’ve got fixed feelings on that. I don’t feel as if I’ve been short changed with volume one but now I’ve read it all it feels like it was all a lot of scene setting. I guess we’ll have to see what volume two is like. After all; you could argue that the first in A Song of Ice and Fire was setting the scene. The comparison isn’t a mile out either; imagine battling houses and the politics of betrayal.

The art in Penguins vs Possums suits the plot. Sure; black and white but also bleak and stark when it needs to be and softer and calmer when appropriate. Penguins are funny looking birds at the best of times but some of these guys can be made to look sinister.

I enjoyed PvP. I’m just not sure who to recommend it to! Core fans of dark and clever might struggle with the animal antagonists. Fans of anthropomorphic might not necessarily appreciate the dark and brutal. Fans of indie comic books should certainly give Penguins vs Possums a go and especially those who already put their faith in Fanboy Comics. 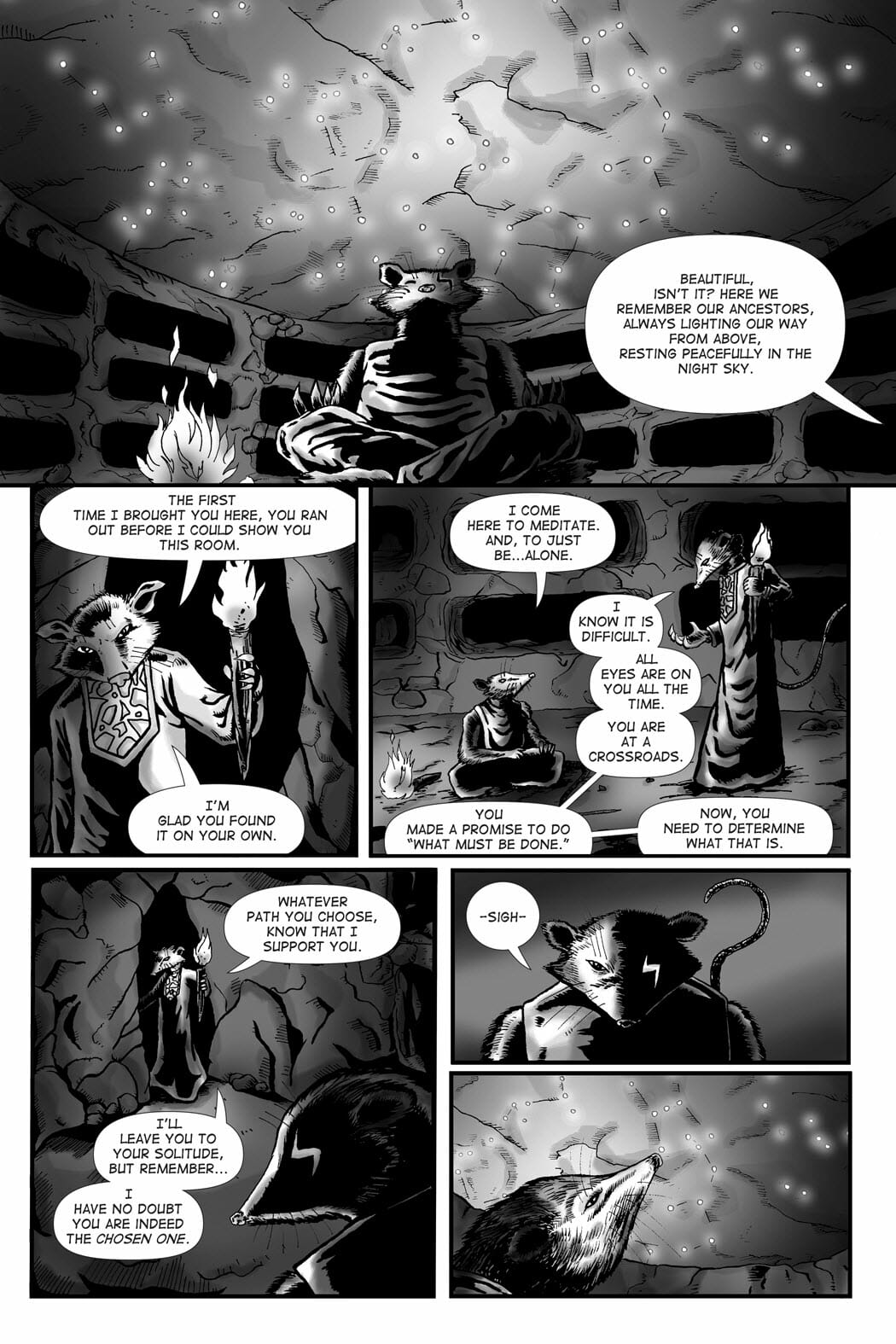 Disclaimer: My copy of Penguins vs Possums was provided for review.

Thanks for the review!

A fight to the death: Penguins vs Possums 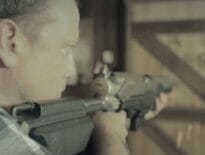 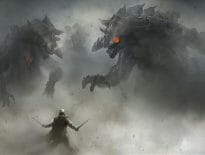