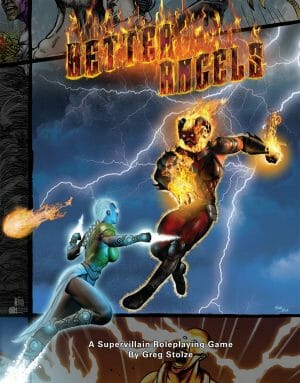 Caleb Stokes is the author if No Security: Horror Scenarios in the Great Depression. This is a five star collection of scenarios suitable for a range of tabletop RPGs set in 1930s America. Over on Roleplaying Public Radio his Better Angels campaign called “The Spared and the Spoiled” caught the attention of Arc Dream Publihing and will be published as a full-length Better Angels sourcebook called No Soul Left Behind.

For Superhero Week Caleb very kindly agreed to share some of his magic GM skills. The following is a guest post that’ll help you take your supervillain scenarios to the next level.

So you’re halfway into The Screwtape Letters and you’re thinking, “This classic satirical allegory for humanity’s moral failings is all right, I guess. I just wish this C.S. Lewis hack would stop his proselytizing and write the story as an action-packed RPG with super-powers and explosions and spandex.”

Have no fear, inexplicably entitled reader! Better Angels is here to save the day!

Better Angels is a tabletop roleplaying game by Greg Stolze. It puts players in the brightly-colored booties of comic book supervillains and explains their stupid behavior. Powers come from demonic possession, and all those death rays and ransomed monuments are the villains’ attempts to appease their hellish power brokers without turning into full-blown genocidal maniacs. Each player at the table takes on the role of a supervillain AND the demon mind-parasite of another player’s villain. You try to keep your neophyte supervillain in the ethical grey area while the player to your left tries to tempt you into Hell.

It’s a great premise with as much potential for comedy as metaphysical melodrama. But even with so much dramatic conflict built into the table from the very start, some GMs might not know where they fit into the game. Here are some tips for quickly immersing your players in the ethical comedy of errors that is Better Angels.

(First, I apologize for calling C.S. Lewis a hack. Admittedly, a Santa Claus that gives children deadly weapons and then drives off, leaving the pre-teens totally unsupervised in a magical warzone, is a pretty nefarious idea for a supervillain.)

At first glance, the Better Angels character sheet can be a little hard for even experienced roleplayers to grasp. While other RPGs can be fetishistic in their representation of a character’s physicality (some disturbingly so; I’m looking at you FATAL…actually, no I’m not. In fact, I’m shielding my eyes), Better Angels is all about representing a character’s moment-to-moment morality. Every action characters take in the game is expressed in terms of Sin and Virtue. 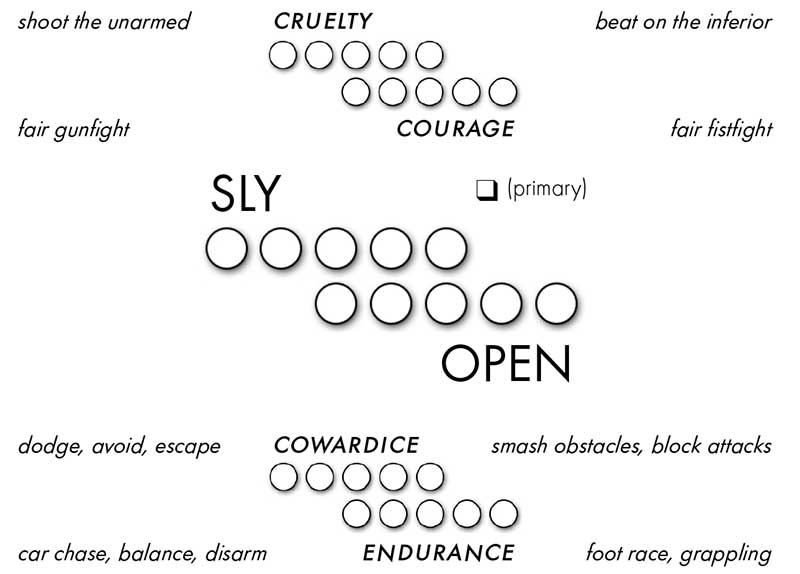 Tell new players to imagine themselves as angels when they make their characters. Not badass, smiting-hellspawn angels, but low-level angelic actuaries keeping tally of individual human sins to see who gets past the pearly gates. They wouldn’t see actions so much as the intention behind those actions. Those are the Strategies and Tactics on the Better Angels character sheet.

Even the most physical measurements are expressed by their ethics. For example, the “Open” Strategy serves mechanically as hit points. It marks how willing the character is to survive, motivated by duty to loved ones, a desire to keep experiencing the glory of creation, what have you. Conversely, “Sly” is the spiteful hate that keeps a movie slasher coming back for one last kill even after getting blown apart.

There aren’t a lot of games that cast the players in the role of bad guys. As a result, new players to Better Angels sometimes gravitate to extremes, either refusing their demon’s every request or turning completely psychopathic at the first opportunity.

Even though I appreciate it when people try to go from zero-to-Joker and really try to play up the supervillain angle, it can stymie a Better Angels game. Characters can get dragged to hell, really literally, by giving in to evil. We at least want to learn their names first. Watching someone transform into an utter bastard is a time-honored dramatic tradition, and that means you have to start as a not-quite-so-utter bastard. That’s why you don’t start watching Breaking Bad in the last season.

It’s pretty easy for a GM to encourage new players down this rewarding path. Remember: Hell is filled with people that thought themselves morally superior. Give players situations where they can be heroic. Give them orphanages to save and hostages to rescue. Just like in the real world, Better Angels makes being good really difficult and unrewarding. And there’s always that demonic cheat code, all that extra power just begging to be used. Once ends start justifying means and the judicious application of eye-lasers starts to look like a good idea, the villain thing takes care of itself.

3. Let Them Be Villains

New Better Angels characters are pretty weak, and that’s deliberate. It gives players reasons to cooperate with their demons. But too often GMs will throw a bunch of super-powered enemies at a group of new players before they even know what’s going on. Be sure to allow your players some time for unopposed supervillainy first, lording it over bank guards or bank robbers, depending on their proclivities.

A free pass to terrorize the city gives players time to learn how the game mechanics work, rack up some sinful experience, meet their demons, and establish the supervillain as a third persona alongside human and demon. Beside, bullets still hurt a lot, and huge mob combats are really easy to stat up in Better Angels.

Take the first session off from superheroes and rival supervillains and just let the group gleefully tear through some ordinary opponents. They’ll thank you for it. 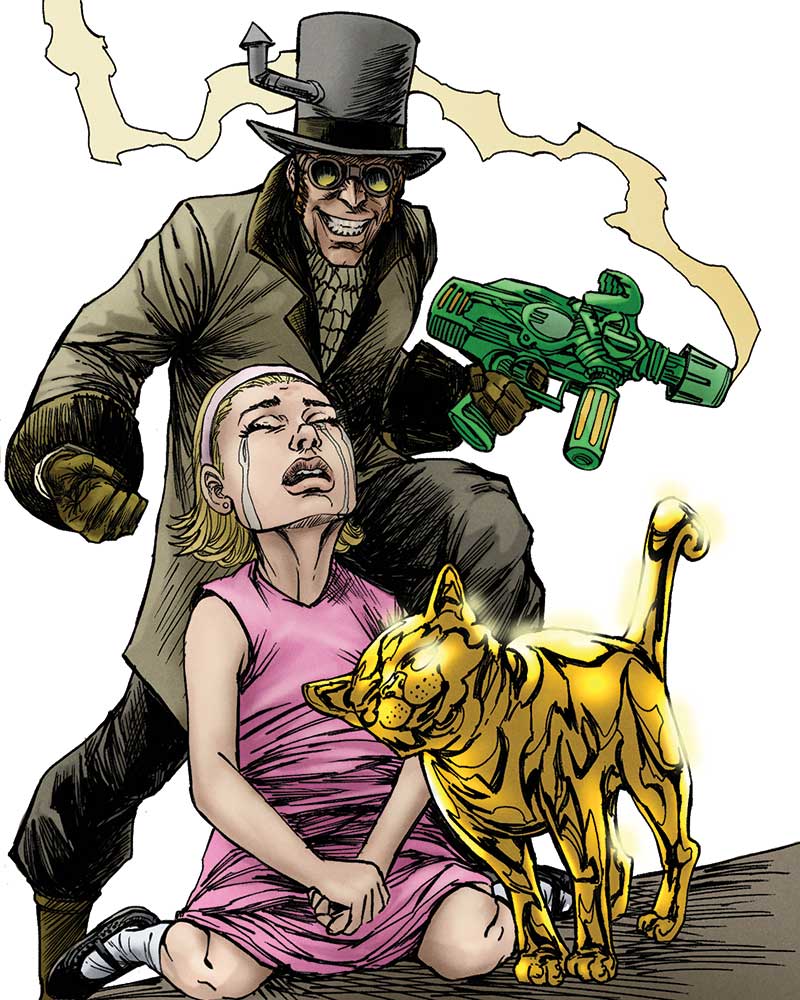 Don’t feel like your players are making the most of their powers? Want to see them utilize the cool rules for building Devilish Devices? Well, teach them how! I suggest using the time-honored instructional method of pain.

Throw an enemy at the group that has badass supervillain weapons or a really inventive way of using powers. That’s a surefire way to get the players to be more creative with their own abilities. Not every player reads the rulebook, but if Grammar Nazi almost cuts a character’s face off with her enchanted Comma Shurikens, you can bet the player is going to look up how to build his own new devilish weapon for the next session.

Better Angels is a game about consequences, especially unintended ones. If a supervillain thinks she’s too cool for sparkly costumes and masks, introduce her to the wonders of CCTV surveillance after she pulls the bank heist. When the villains break into the police station to destroy the evidence against them, teach them about “chain of custody” laws when every other case whose evidence they compromised gets thrown out of court. As they try to stop the flood of released felons tearing through the streets, break out the Collateral Damage rules and guilt them with the angry widows of vaporized gangsters.

Pursue characters with the fallout of their own actions. That reinforces the game’s themes of morality and consequences. More importantly, it gives players a sense of agency. Even if things aren’t going well, the players were the first domino that got the chain falling. That sensation of having an impact on the environment is one of the things roleplaying games do best.

6. Buy No Soul Left Behind

The first campaign book for the system, No Soul Left Behind, does all of the above and more! It includes ten scenarios designed to turn a group of newbie villains into experienced Hellbinders, all while delivering an epic story of bad-ass supernatural power struggles and even badder-ass educational policy reform. Support our Kickstarter and make it happen!

Man, thanks for posting the character sheet! I’ve listened to the
recordings of you guys playing, and it’s been pretty tough to get a
handle on the rules from that. Seeing the sheet makes it much easier to
understand the system.

GeekNative my friend has this game and I’m waiting for the chance to play it.

GregStolze I feel like I’ve been missing out not knowing about Better Angels until now. 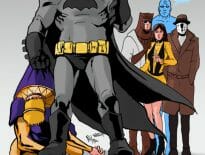 Comics Superhero Week: If Batman had been in Watchmen 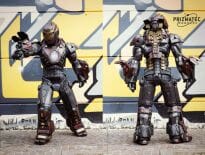