You are here: Home / Books / Comics / Blessed or doomed? A review of The Arcs

The Arcs is a graphic novel from Fanboy Comics that will be available for purchase on November 6th and which currently has a free preview up at TheArcsComic.com.

Written and created by Michael D. Poisson, illustrated by Matt Jacobs and lettered by Oceano Ransford The Arcs gives you 80-pages of heaven and hell.

The archangels, all seven of them, and their army of angels are left to guard humanity. The book has a great opening with a woman in trouble praying to God for help. There’s no help from him. He’s abandoned her. Unseen, unthanked, the nearby angel fights to protect her from the swarming demons.

The demonic tide is relentless and replenishing while bit by bit the angelic host is whittled away. The Arcs have been fighting for an eternity to protect humanity and they’re losing ground. Matt Jacobs; thick, black, bold style suits the story well.

The main characters we follow are the seven Archangels, some easier to understand and relate to than others, some more active in the front lines than others and some rather strange. There’s agreement and disagreement between this core group, secrets and success, determination and belief and if there is such a thing as a “realistic angel” especially one that’s been waiting for God to return without much success then The Arcs manages it.

We join the struggle against Lucifer and the demonic horde at a pivotal time. Angels that lose their hope, their faith, will suffer a fall of their own and succumb to the darkness. How can you fight for generations, without a break, and not start to be worn down?

Is this a hopeless battle? It might be. This is a graphic novel that makes you believe anything can happen. There’s no effort in the suspension of disbelief; it doesn’t seem possible that key characters will fall – it seems likely.

I suppose The Arcs might be a study in faith, in instinct and emotion over-rules and traditions, or it may even be an examination of what it is to belong. That may be the case. I read it as a supernatural thriller bursting with action and plenty of surprises.

Disclaimer: My review copy of The Arcs was provided for free ahead of publication.

Blessed or doomed? A review of The Arcs 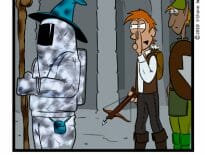 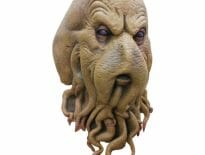