The new maps are all multiplayer and called; Runoff, Swampland and War Games. Titanfall: Expedition has three new campaigns to support the mission (and new decals). The missions follow on from the consequences of the IMC Expeditionary Forces defeat at the Battle of Demeter.

After the battle the IMC move deeper into Frontier space, no retreat from them, and set up a new base on an uncharted world. As drainage operations kick in the IMC encounter alien ruins and so an archaeological team is despatched to the investigate. Meanwhile, the IMC must recover and embark on new simulation training missions that use vitally important data rescued from the Battle of Demeter, Angel City and the IMC Airbase Sierra.

The campaign mission on Runoff deals with the construction of the new base on the swamp planet and that (roughly) points towards the Swamplands mission dealing with the discovery of the alien ruins. The Wargames map is used for the IMC Pilots training missions, dealing with the Militia raids they expect will be coming.

The Swampland map will feature Flyers – those alien creatures often seen around Leviathans – as well as having trees large and robust enough to allow Pilots to wallrun on, hang from or even race across the canopy.

The Titanfall DLC landed on the Xbox One and PC on the 15th of May. It’ll hit the Xbox 360 in June. It is available through the Xbox Live marketplace and via Origin for PC users. It is the first of three DLC packs and fans who want all three may well be tempted by the Titanfall Season Pass which unlocks all three, as they become available, for a discount.

Disclaimer: This video placement was sponsored by EA. The article content, commentary, typos and opinions expressed are all mine. Sponsorship is used for hosting costs. 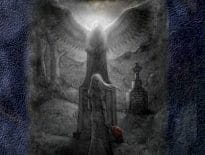 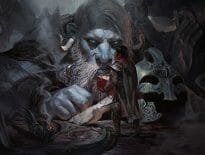