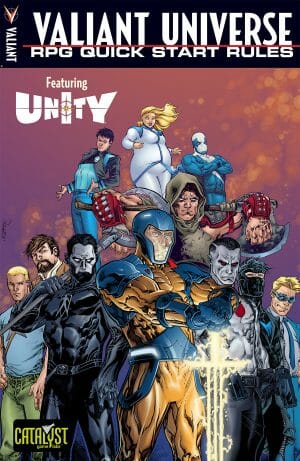 I’ve been charting my progress through Valiant Comics’ super group “Unity” in my Irregular Reconnnaissance Comics column. It was billed as a way to get into the Universe as the Unity team took on the mighty X-O Manowar. Did that work?  I’ve struggled at times but I’m still reading it and, in fact, the latest couple of issues have been the best.

There’s more interesting news. There’s an RPG coming. DriveThru RPG are all over it. As they should be as they’ve an exclusive deal with Catalyst Game Labs.

If you want a free copy of the Quick Start Rules for the Valiant Universe then you just need to pick them up here.

There’s more than just the Unity team on offer. This is the whole Universe of Valiant comics which means characters like Shadowman and Rai.

Given the wealth of characters and the launch of a whole new RPG tabletop series it is interesting to see that Catalyst will be keeping the freebies coming. May 3rd, free Comic Book Day, is the official release of the Quick Start Rules. On the 17th there’s a free supplement with a focus on Bloodshot and the Harbinger Wars. The end of the month, May 31st, there’s another in the Harbinger Wars series with a supplement on the first psiots.

In fact, the timeline of freebies and pre-orders is heavy until the last chance to grab Valiant Universe RPG Quick Start Rules: Harbinger Wars (Renegades Supplemental) in PDF form on August 2nd. 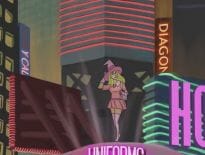 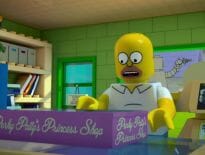