A big project pitch for a new RPG from Parhelia Games. This is a dystopian science fantasy game set in a world nearly destroyed by magic. Here’s the pitch.

Parhelia are looking for AU $40,000 to fund the full colour book. It’s worth noting the exchange rate. If you work in US dollars then the pledges are cheaper than the numbers suggest, just. I think it’s about AU$ 1 : US$ 0.9. This changes.

If you’re quick and early bird then you’ll pick up a digital copy of Altais: Age of Ruin for US$15. Early bird hard covers are in at AU$50. DriveThruRPG will be doing the printing.

The core book gets a detailed history of Atlais, full colour art, character generation rules, maps and a bestiary. The book will grow if stretch goals are unlocked and the full Kickstarter page does a good job at explaining what unlocks.

I rather like the pitch for Altais. It sounds like an engaging world. The system, called Cascade, sounds simple enough – d10s and a player will never need more than 6d10s. Here’s how Richard Stern, author, describes it.

The player rolls a number of d10s (based on stats), chooses one die (usually the highest) and adds or subtracts any modifiers in an attempt to beat a target number. The cascading occurs when the player rolls a 10; they get to choose a second result and add that as well, if that’s also a 10 then they keep going until they add one that isn’t.

What’s also clear is that Stern has access to some top quality art talent. If Altais funds then I’m sure it’ll be a gorgeous game.

As it happens, Altais: Age of Ruin is the end of a long arc that Parhelia Games want to explore if they find Kickstarter success. It’s the first book in the Rephiam War saga. This battle has raged from the early beginnings on primordial earth to distant futures and faraway worlds like Altais.

The Kickstarter includes a peak at these pesky Rephiam. 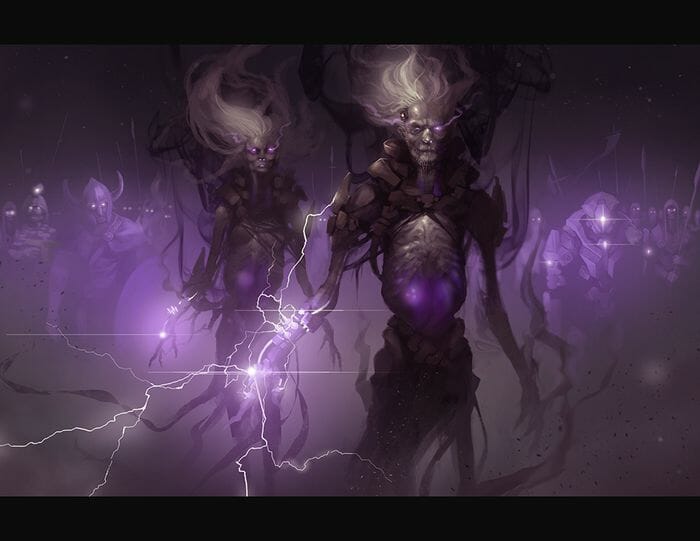 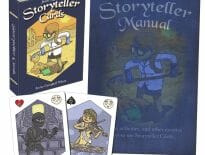