I am a long time Star Wars fan. I remember seeing the original Star Wars at a drive in theater when I was six years old and it remains one of my all-time favorite movies. So when I see a free Star Wars app on the iTunes store I am quick to check it out. Recently I downloaded Star Wars Assault Team. The description sounded interesting, so I decided to give it a shot. The story takes place between A New Hope and The Empire Strikes Back. The game promises the chance to play as your favorite Star Wars characters. Han Solo was one of my heroes growing up, and who could resist the chance to play as the coolest smuggler in science fiction? The game combines aspects of turn based role playing games, collectible card games, social networking games, and to lesser extent rail shooters.

The game is seen from first person prospective. At the bottom of the screen are portraits of the characters in your party. True to the game’s description you get to play heroes like Luke Skywalker, Chewbacca, Han Solo, and Princess Leia. You also obtain generic characters like rebel soldiers, womp rats, Tuskan raiders, and various droids. Each character has a special ability that needs to be charged up. Each turn charges a special ability by one point. Abilities take anywhere from two to five turns to charge. The battlefield will show anywhere from one to five opponents. When it is your character’s turn all you have to do it touch the opponent you want to fight or press the ability icon to use your special attack. In this regards Assault Team is like a turn based RPG.

Unlike a traditional RPG like Final Fantasy or Star Wars: Knights of the Old Republic you do not get to roam free. After a battle is done the game automatically moves you through the environment like a rail shooter until you get to the next battle or something to interact with like a door. You will also encounter storage lockers. Tapping on the storage locker will reveal a card. After completing a mission you have the opportunity to see the cards you collected. The cards can contain credits, new characters, items, or training kits.

Like many social networking games you have an energy meter. Going on a mission requires you to spend energy points. There is also an arena where you can fight other players to gain bounties. There are four kinds of missions in the game: story missions, training missions, promotion missions, and special missions.

Here’s how it all fits together. After completing a mission you receive experience points, credits, and any cards you found. However, the experience points do not go towards your characters. These points go to your level. As with most social networking games gaining a level recharges your energy. You also improve your ability to store more items and heroes in your reserve. Think of your reserve like a deck in a collectible card game.

And like many mobile games Assault Team gives you plenty of opportunities to spend real money! The app itself is free but you can buy gems through the power of the micro-transaction. You gain one gem every time you gain a level or complete a mission for the first time. Gems can also be used to buy crates. Most crates cost gems but give you the chance to get stronger heroes and items. I’ll get more into the role gems play in a moment.

So far Assault Team might sound like a well-designed game, but I personally feel there are several design flaws. One of the more annoying aspects of the game is how characters level up. I mentioned before you acquire various items and training kits during your missions. There are six types of training kits: armor, weapon, force, survival, mechanical, and smuggler. Each hero has two of these traits, which are called affinities. For example, Han Solo has the weapon and smuggle affinities. Here is where it gets messed up. The only way a hero can level up is by using a training kit. After selecting which kits you want to use you need to spend credits to gain the experience points! Thus, you can take a hero on hundreds of missions but he won’t gain a single experience point unless you use training kits. Because of this there is a lot of grind in this game. To make leveling up faster a hero gains double experience points for using a kit that he has affinity with, so a weapon training kit worth 20 XP would give Han Solo 40 XP since he has the weapon affinity. Training kits have no other purpose than to give experience points.

To make matters worse each hero can only level up so far. Once a character has reached his maximum level he needs to be promoted. Here is where the items you find come into play. If you have the correct items you can promote a hero to the next tier, with the highest tier being tier 5. If you don’t have the correct items you can still promote your heroes by using gems. Unfortunately, not all heroes can advance to tier. Here is where I found one of the game’s worst design flaws. There are no healing items and you don’t get a chance to recover life between battles. This makes one of the characters you acquire early on, the rebel medic, invaluable. However, the medic can only be promoted to tier 2 which means he remains pathetically weak in both attack and hit points. Naturally, as the missions progress the enemies get tougher. Even at his highest level the medic can easily be killed by one or two hits. This is a poor design choice in my opinion because when the only healer in the party dies early on in a mission your chances of success become slim.

In addition to the story missions there are three types of special missions: promotion, training, and daily missions. These missions cost more energy but give you the opportunity to find the items you need to promote and advance your characters. If your party is wiped out before completing a mission you can use gems to revive them and continue. However, the number of gems needed to continue gets higher as the missions progress which makes it too easy to run short of this resource.

So far I have found Assault Team to be a mixed bag. If you don’t mind spending hours leveling up your characters you might like this game. If you are the kind of person who has enough money to blow on micro-transactions then you will probably like this game. If you are easily frustrated then this game probably isn’t for you. My personal opinion is the Force isn’t strong with this one. It starts out entertaining enough but after playing the game for a little over a week it seems all I have been doing for the last three days is repeating the same promotion missions over and over and over again so I can finally get my heroes to the next tier. If the designers took more time making this game play like a traditional role playing game and less like a game you’d play on Facebook this one would really sing. As it is, Star Wars Assault Team is little more than a mishmash of game elements put together in a haphazard fashion. On the bright side it is free, so you can at least try the game to see if it is for you without spending a lot of money. 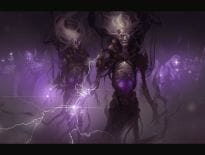 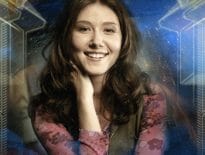