I like Daring Entertainment’s open and honest pitch for the Daring Comics RPG. They say things like;

Keep in mind, a Kickstarter is not a product pre-order. You are pledging money that will go into actual book production so that we can get it into your hands and into retail. Which means that each Backer Level has to be balanced to not only get you whatever rewards are due, but to also make sure production can be funded.

This, I’m sure, doesn’t help raise money – but it’s true. It reassures me that this is being well managed.

I’ve been holding off writing about Daring Comics because of a less reassuring signal. The video pitch for the Kickstarter was a delivery failure. Was it a case of someone taking the money and runnnig? I should have made a note of what Daring said initially.

What we’re left with is a comic book inspired, FATE powered, RPG that looks great. 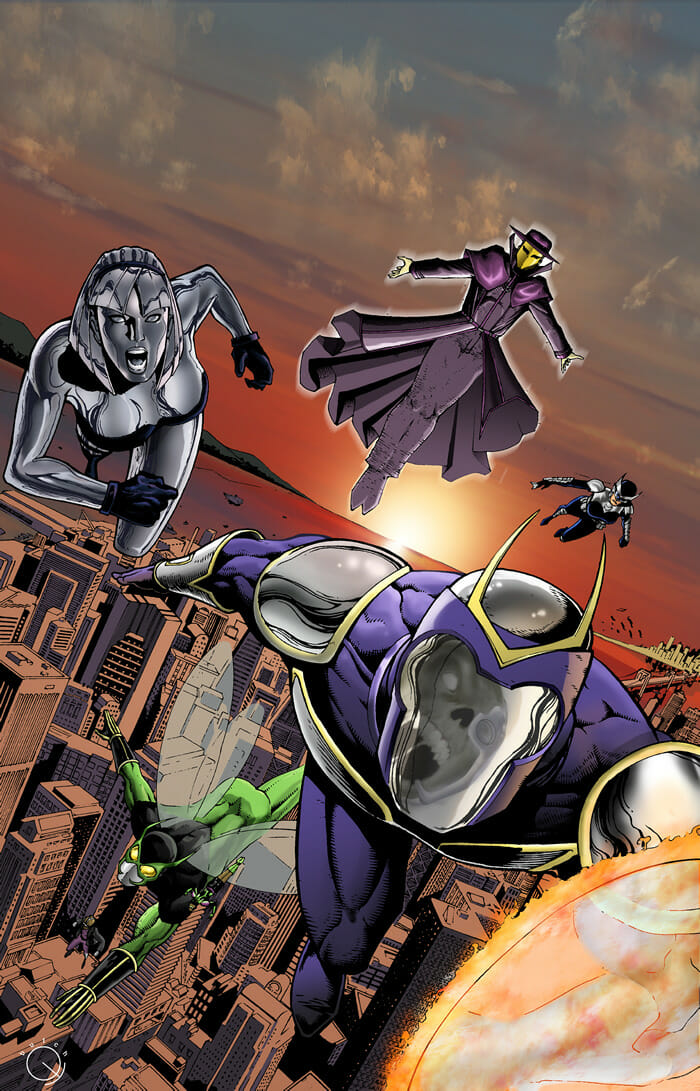 It’s worth looking at the page just to see a few more samples of art. As this post goes live on Geek Native there are still 28 days in which to fund the Daring Comics Role-Playing Game. They’ve nearly 150 backers and over $7,000 in the bank. The goal is $10,000?

Had the video landed and had Daring been one of those companies prepared to over promise and under deliver I’m sure they would have smashed that $10k mark by now. Let’s take a look at these carefully structured pledge levels since they hold the fate of the game.

The license is also worth considering. FATE is going great; up to third on ICv2’s best seller chart this winter. You can write for FATE. Daring will publish a system trademark license and logo too. You’ll be able to create and publish your own material compatible with the system. This strikes me as a fine strategy for any game designer looking for a naturally symbiotic relationship with a publisher without too many irons in the fire of the RPG marketplace.

Books Out of that world: A review of Ecko Rising
wpDiscuzComment Author Info
Loading Comments...