The guys over at Whiskey Media’s ComicVine have noted that Cowboys & Aliens will start filming in July. It’ll be directed by Iron Man’s Jon Favreau.

This is kinda cool because it had been rumoured for a while that the Iron Man duo of Robert Downey Jr and Iron Man would do another comic movie together. It was also rumoured that this movie wouldn’t neither another Iron Man or The Avengers.

Turns out there is another Iron Man – with Favreua at the helm again – so we’re getting a bit of a bonus with Cowboys & Aliens.

A note of caution – we’re just talking about the start of filming. So much can go wrong. Ask the poor people all geared up for Spider-Man 4 for evidence of that.

Cowboys & Aliens is a comic book from Platinum Studios. It’s understood that DreamWorks are the backers of the movie. 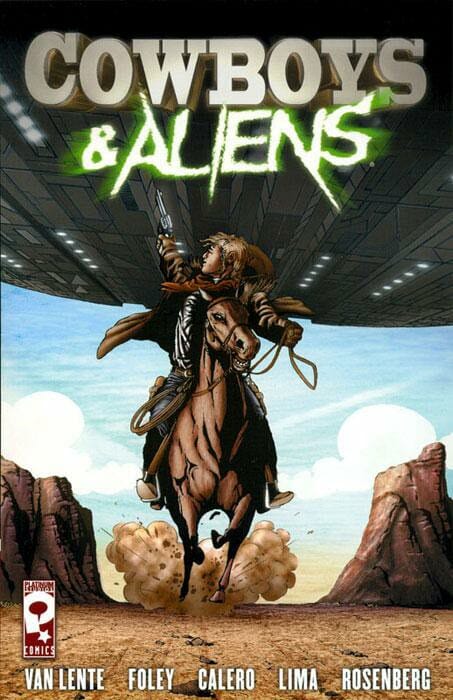 Thanks for mentioning Comic Vine. Favreau is set to direct this movie and Robert Downey Jr would be the lead.

Ah-hello! There was I feeling smug – I'd noticed hits from the same IP address, different browsers, on the page with no referral. That typical tells me “Google Alert”. I wondered whether this had caught the attention of either ComicVine or somewhere else in WM!

.. then I noticed how badly I'd cocked on the who's who in the post! *facepalm*. It should be sorted now!

Good to see you stop by. Any chance we could set up a cheeky Q&A/interview of you for Geek Native?