If you’ve seen the remake it has Jason Statham as a nice guy who just happens to be behind bars. The prison makes millions by pitting inmates against each other in a death race. The fan favourite is a masked driver called Frankenstein.

Frankenstein dies and Statham’s character has to drive with the mask on. There are no spoilers here. There’s no plot to spoil.

In the prequel the same thing happens to Goss. He just happens to be in this hellish prison. The ‘current Frankenstein’ snuffs it. He has to drive in his stead.

See how that works? A series of people pretending to be the original Frankenstein and a prison making the big bugs.

Now; I still think of Bros when people mention Luke Goss. That’s mean of me. Not only was he the Prince in the slightly disappointing Hellboy II he’s also been an impressive vampire in Blade 2.

The truth is; Luke Goss can do the monster parts pretty well. He’s often a fighter. He must know judo. 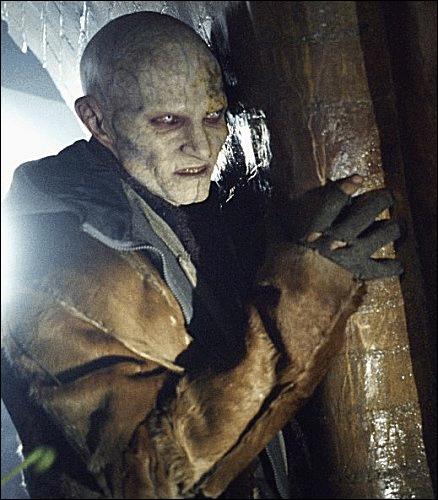 He also played Frankenstein's Monster in a Hallmark channel adaptation of the book. Not that I've watched said adaptation, or own it. *cough*

Of course, being a child of the 80s, and more to the point having an impressionable twin sister, even under all that make-up, I keep expecting him to belt out a quick rendition of “When Will I Be Famous?”.

time to read: 1 min
PC Good enough to make you want to play the Star Trek… 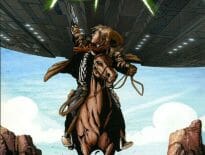