You are here: Home / Games / Tabletop & RPGs / Laughing now: He Who Laughs Last for Cthulhu Dark cackles a Kickstarter

At the time this post went live; Dave Sokolowski’s He Who Laughs Last has funded on Kickstarter. The campaign asks for $3,000 and has raised more than $4,000. There’s still 25 days on the clock.

Sokolowski’s game makes use of Graham Walmsley’s Cthulhu Dark rules and, in fact, comes with the complete set of Cthulhu Dark rules too. He Who Laughs Last is actually an adventure, set in modern day LA with comedians, ancient magic and dread. The Kickstarter pitch certainly suggests hyenas are involved too.

The adventure is nearly a done thing; 20,000 words are written. The Kickstarter is to kick it up a gear, pay for Mike Dubisch art and paper productions. If you pledge $6 or more you get yourself a complete scenario, maps and Cthulhu Dark rule set in PDF. Paper copies are limited but right now if you pledge $30 you’ll get a hand-numbered and autographed softcover. 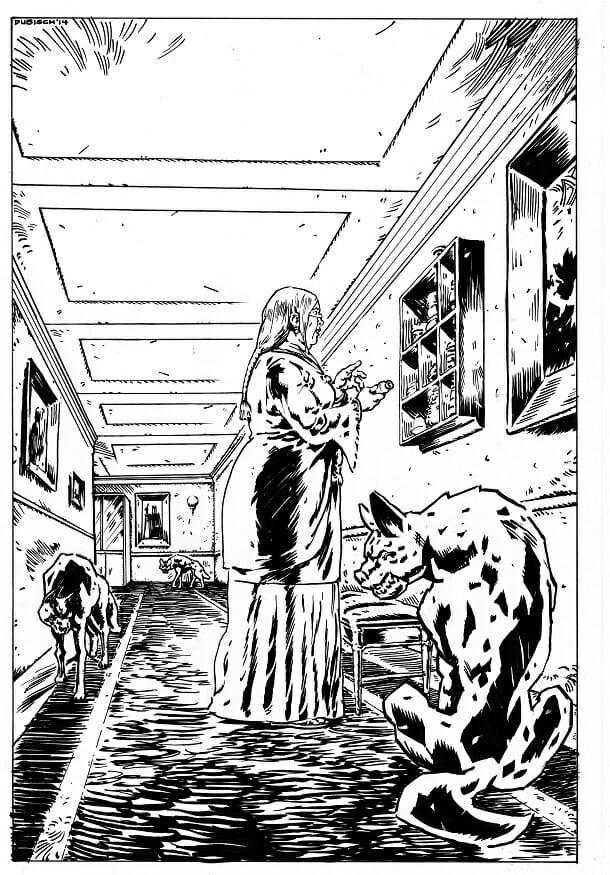 Laughing now: He Who Laughs Last for Cthulhu Dark cackles a Kickstarter

Books From bar fights to RPGs: An interview with Damned …