You are here: Home / Books / From bar fights to RPGs: An interview with Damned author William C. Dietz 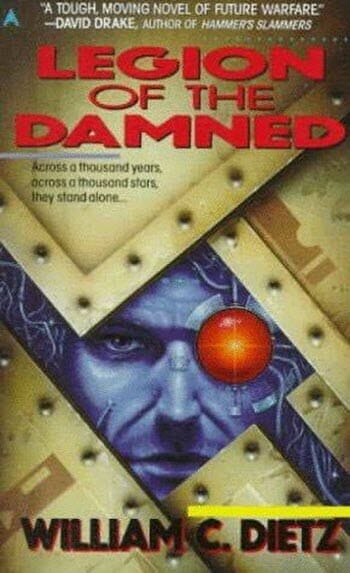 Legion of the Damned

William C. Deitz is an American author who’s worked as a surgical technician, PR and marketing Director and in the Navy. Deitz has written Star Wars books, Halo novels including Halo: The Flood and has written the Legion of the Damned sci-fi series.

This interview follows Geek Native’s review of the prequel Andromeda’s Fall and asks William about writing for sci-fi, female soliders and tie-ins. Could there be a Legion of the Damned RPG to accompany the strategy game?

There are nine additional Legion of the Damned novels, so it was necessary to make sure the Andromeda books were consistent with the other books, and vice versa since the Andromeda trilogy precedes them in time. As for the possibility of new readers, that would be wonderful, and in no way frustrating.

How should readers tackle the series? Start with the first of the Legion of the Damned or start with the prequel series?

Come next December, when the final Andromeda book is released, it will be possible to read all of the Legion books in chronological order starting with Andromeda’s Fall. That said, I wrote each of the original nine books so they could be read as standalone novels, each having a clear beginning, middle, and end.
At the same time there are continuing/overarching plots for those who would like to dig in and read the books in order.

You’ve Navy experience yourself. Does that weigh heavily when you write military sci-fi? Does it colour your views of authors writing in the genre but without first hand experience themselves?

Yes and no… By which I mean that I have a feel for the military having served in it… And it certainly helpful to have a knowledge of military culture, customs, and processes.

But I didn’t serve in combat (unless you count bar fights) yet write about it nonetheless. So it would be hypocritical of me to criticize others for writing about the military without having served.

Take Bernard Cornwell for example… I am a HUGE fan of his work. He writes very convincingly about war, and never served in spite of trying to join multiple times, and being rejected because of his myopia. A condition in which distant objects are blurred. Yet there is nothing blurred about his writing!
And I feel a great deal of sympathy for him since I was no good on the rifle range whatsoever. A marine instructor gave me the following advice: “When you get to Vietnam ask the company sergeant for a shotgun. It’s your only hope.”

What’s the attraction to sci-fi? Some say that it can be a really hard genre to write for.

Science Fiction isn’t for everybody… I realize that. I fell in love with it at a very early age when I began to read books by the SF greats. We didn’t have TV for a quite awhile, the library was only half a mile away, and my mother loved to read. As a result I was allowed to bring four of five books a week home many of which were science fiction. The point is that I was hooked at an early age and never got tired of the genre. So when I sat down to write my first book I wrote the kind of story that I loved to read.

What about writing a female character? There must have been some pit traps you were determined to avoid as Cat moves from party dresses to cyborg repair?

I certainly gave that a lot of thought… Fortunately I have two very accomplished adult daughters. One of whom manages an animal pathology lab, and one who was until very recently, an active duty naval officer who served at sea and in Iraq. They are great examples of what young women can do–and just thinking about them helped me stay in touch with what the “good” Andromeda should be like. I say that because the “bad” Andromeda is more like Paris Hilton.

So the task was to create a character who would eventually become a very good soldier, but would also be a female soldier, and would act, think, and behave in a way consistent with both realities. Of course the ultimate judge is my wife–who is quite willing to let me know if I run off the rails.

“The wonderful thing about role playing games is the social aspect of the experience…” – William C. Dietz

Yes, I love playing the Legion of the Damned iOS game… And yes, I’d be happy if a role playing game came along as well. The wonderful thing about role playing games is the social aspect of the experience, not to mention the fact that no matter how good CGI gets, the human brain can always imagine something even better!

You’ve written plenty of computer game tie-in novels; titles like Star Wars, Halo and Mass Effect to name just a few. Are you a gamer? Are their any new franchises you’d like to write for?

I am a gamer… But due to my workload it’s hard to keep up. That explains why I’m playing Call of Duty, Modern Warfare 2 at the moment, a game which was released in 2009. But I’ll catch up! Honest, I will.

No, I don’t have a wish list at the moment… Or the time. I’m writing two books a year at the moment and that’s plenty.

Andromeda’s Choice is out in the States and that’s something for UK readers to look forward to. What’s next? What projects are you currently working on?

I’m writing about a future in which a genetically engineered virus has killed billions of people, and caused millions to suffer mutations, leading to a world divided into green zones and red zones. Norms (people without mutations) live in the green zones, and mutants live in the red zones, which means that countries like the U.S. and the UK have been subdivided into small nation states with all sorts of governments. My main character is a police detective named Cassandra Lee (a norm) who risks her life by entering a red zone to find a kidnapping victim even as a cop killing psychopath tries to track her down.

From bar fights to RPGs: An interview with Damned author William C. Dietz 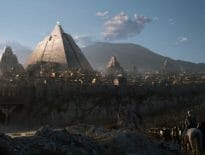 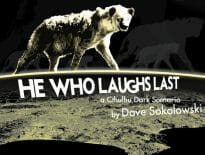