There’s been games, miniatures and even movies but Mutant Chronicles faded. Now, Modiphius has teamed up with Paradox Entertainment to use Kickstarter to fund a return. There’s nearly £65,000 pledged, six times the funding goal and still three weeks on the clock.

For gamers who haven’t heard of Mutant Chronicles — why is the title such a big deal?

Mutant Chronicles was one of the biggest gaming brands in the 90’s with two video games, 3 boardgames, 3 novels, a series of comics, the massive Warzone miniatures range, two editions of the RPG with tons of books. It was a massive success and went on to spawn a Hollywood movie and another miniatures game from Fantasy Flight Games in the last few years.

It’s larger than life, techno-fantasy with an awesome diesel punk look. If you love alien invasions, desperate last stands, insidious corporate conspiracies, investigations of cults and mysterious and full blown battles then this game is for you. Bringing it back has let us tap in to the huge fan base world wide and we’ve believing for big things! 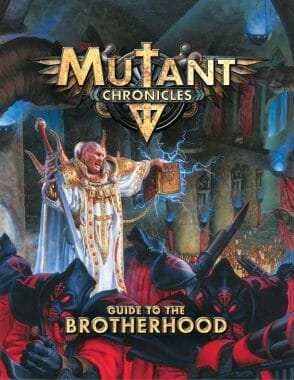 What are your favourite features of the game?

It’s been designed to be really cinematic – you can do all the crazy stunts you’re always thinking about and it’s fun and easy to GM.

If you’re not a fan of miniatures in your RPG is Mutant Chronicles still for you?

Absolutely! The game is a cinematic RPG – some people will like to use minis with the game, but you’ll be able to play it just as well without. We are producing some cool floor tiles, maps and rpg focused miniatures (to use alongside the awesome range of Warzone miniatures from Prodos Games) but this is just for those gamers who love to use minis.

I had known them for a while and when we met a couple of years ago at a trade show they mentioned about Mutant Chronicles and it was an immediate no brainer – I loved the setting so much and knew we could do a great job. 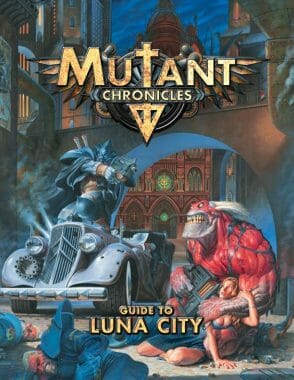 Did you enjoy the Mutant Chronicles film?

It was fun… but when you consider how bad nearly every other RPG movie has been it actually stands up pretty well. Seriously try watching all those Dungeons & Dragons films. The thing to remember with Hollywood is that it’s a sheer miracle that a movie gets made – it takes years and years, and EVERYONE has to have a say in the characters, the story, the script and so it’s actually quite amazing that the main character names and corporation names survived intact. The only way to guarantee it’s made the way you want is to pay for the whole movie yourself (got a few million lying around you don’t mind losing?), or not make a movie. The other thing to remember is that there is a Hollywood movie bringing Mutant Chronicles to the attention of a lot of people – plenty of the fans on our database said they first discovered Mutant Chronicles because of the movie, so if you think about it like that, their experience can only get better!

What Mutant Chronicles projects are you working on that haven’t been announced yet – or what are you tempted to work on next for the game? 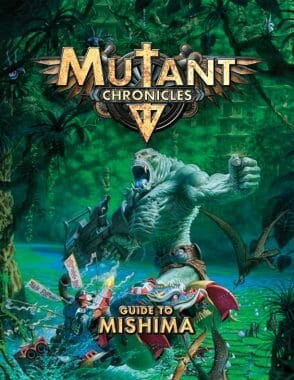 We’ll that would be telling! To be honest we have enough to do at the moment with the whole release schedule for the RPG but if the Kickstarter goes very well – you never know!

How important is Kickstarter to Modiphius?

Well it launched our business. Also the RPG industry is in a funny place – there are not enough sales in distribution to support the growth of a business and Kickstarter lets you fund the initial development on a big range, give the fans awesome value for money in return for getting on board early – and guaranteeing a product line. We all know too often there’s been amazing games that were never supported and so Kickstarter let’s us guarantee that support. As we grow I hope we’ll be in a position to produce more and more games without Kickstarter but in the near future I know it will help us create some truly amazing rpg’s and boardgames that just wouldn’t get made otherwise.

What should Kickstarter do differently to help UK-based publishers more?

I think it’s giving UK based publishers the platform they need, it’s the publishers that need to use it more, I’m not sure Kickstarter need to do anything differently from what they already are – it’s a platform being used incredibly successfully by all kinds of people across the world. I think it’s important for publishers to understand the nature of Kickstarter that it’s about funding something more amazing, bigger, crazier, bigger name writers, artists, higher production values, more quantity – whatever it is though it’s also important to understand what the fans want and communicate with them. 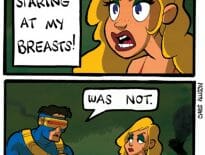 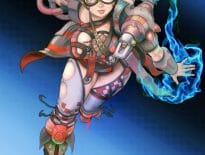