You are here: Home / Books / Chaosmos board game is a love letter to sci-fi master William Sleator

This post by Joey Vigour, the lead designer at Mirror Box Games, is about YA sci-fi author William Sleator and his book Interstellar Pig. Strange as it may sound, Interstellar Pig is the inspiration for the Chaosmos board game that’s close to raising $100,000 on Kickstarter.

William Sleator is gone now, but every used bookstore in America has at least one of his books for sale. And if you haven’t read his books (or read them for a few years), you should pick one up. 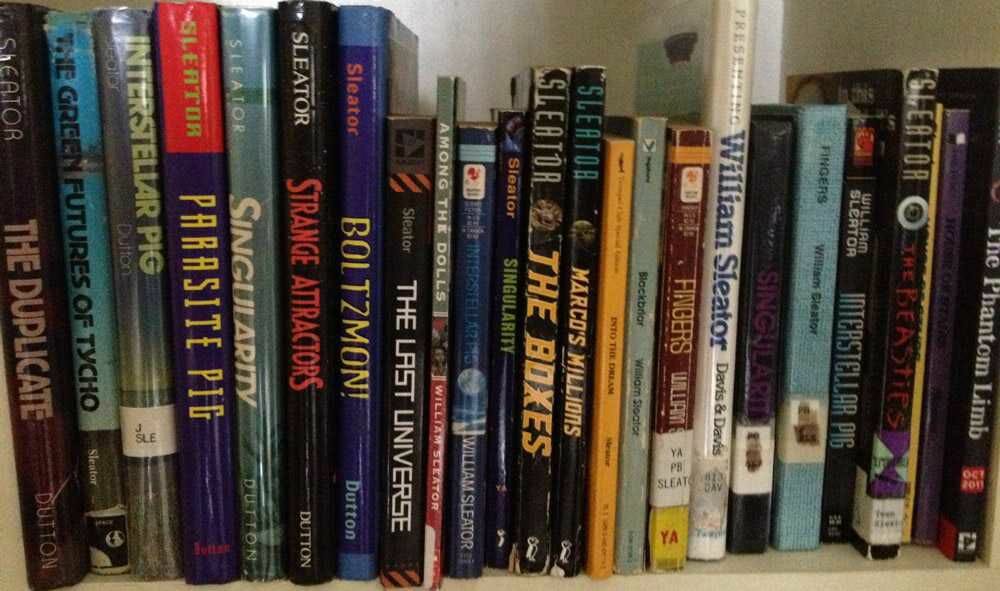 William Sleator wrote primarily novels in the Young Adult category. But these books are not the standard fare. They deal with real issues, teenage angst and existential angst. They deal with the mysteries of the universe. House of Stairs is about four teenagers in a dystopian future awakening to find themselves in some sort of enclosed fractal space– an infinity of stairs stretch in different directions, and their presence there is without apparent explanation. The book deals with powerful themes, like scarcity economics, political sociology, and class structure and authority. Despite the relatively grounded explanation to the mystery, the reader is left with an exceptionally creepy final image. I haven’t read the book in years, and I still remember the last sentence: “Without hesitation they began to dance.” (It’s a lot creepier in context.) 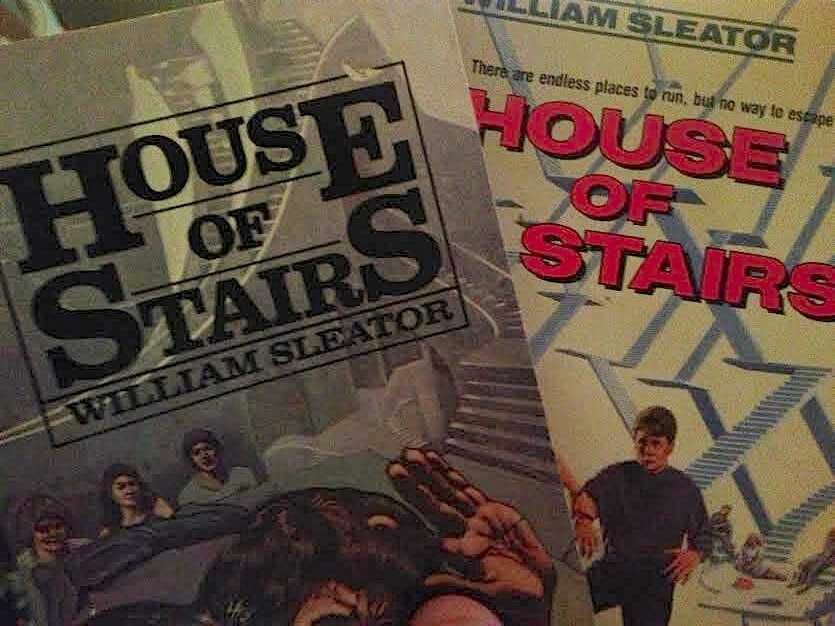 The most powerful book Sleator wrote is probably Singularity, which is a novel about twin boys and their sibling rivalry. There’s also one specific science fiction element in the book– a “singularity” that threatens to change the nature of the twins’ relationship forever. But even the sci-fi takes a backseat to the family dynamics. Strange Attractors is about time travel, and evil twins from alternate timelines attempting to thwart the plans of the main characters.

But my favorite of them all is Interstellar Pig. The perfect book. 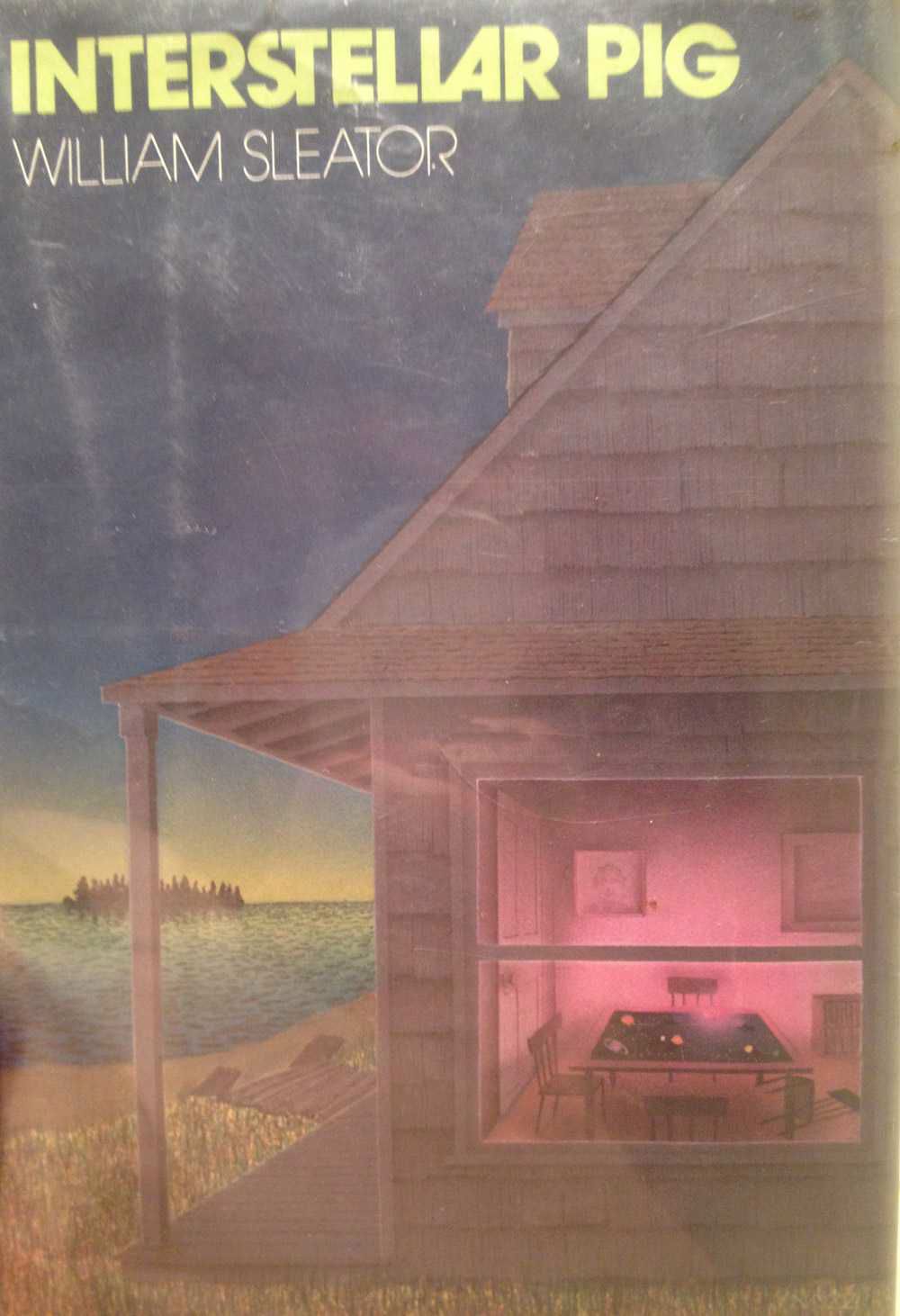 Interstellar Pig is a strange story about about a sixteen year old boy named Barney who is forced to stay at his parent’s summer beach house in Cape Cod, despite having no friends there to hang out with. There’s some subtle hints that Barney is at a crossroads in his life– this probably would have been that “magical teen summer,” except there aren’t any girls around. There are, however, three mysterious neighbors who are obsessed with a board game called Interstellar Pig. The game is described in some detail; there’s a board with numerous planets, dice, “attribute cards,” and various aliens who each have their own environmental considerations and IRSC (Interstellar Relative Sapience Code, basically a special game resource that allows characters to take more intelligent actions during their turn). The aliens are all looking for the Piggy, which is… well, who knows? I suspect that William Sleator conceived the Piggy in a moment of artistic inspiration. The Piggy is Everything, it’s the great unknown. The thing that everybody wants. The “macguffin” as Alfred Hitchcock used to say. Despite the fact that the game-within-the-book doesn’t make a lot of real-world sense, it’s exciting because it describes the action as if it were real. The spider-lady shoots venom and wields the exploding crossbow, etc: “The bottom half of her face fell open. Paralyzing fangs lunged for my neck. I popped the capsule of euphoric gas.” All this, despite the fact that Barney is merely sitting in a beach house, playing a board game.

I read the book at just the right age that board games seemed infinite. Board games were merely a landscape on which I could use my imagination, and my imagination WAS infinite. I made the first prototype board game of Interstellar Pig at age 10. My dad helped me draw the planets on graph paper using a little pencil compass. I made a comprehensive list of every single detail William Sleator listed in his book related to his game. I knew that every card needed a counter, an “antidote,” so I made up a bunch of new cards. Then I realized that the game made little sense, so I started tweaking details so the game was playable, but the feel of the game remained. My family sent William Sleator the prototype and he loved it. 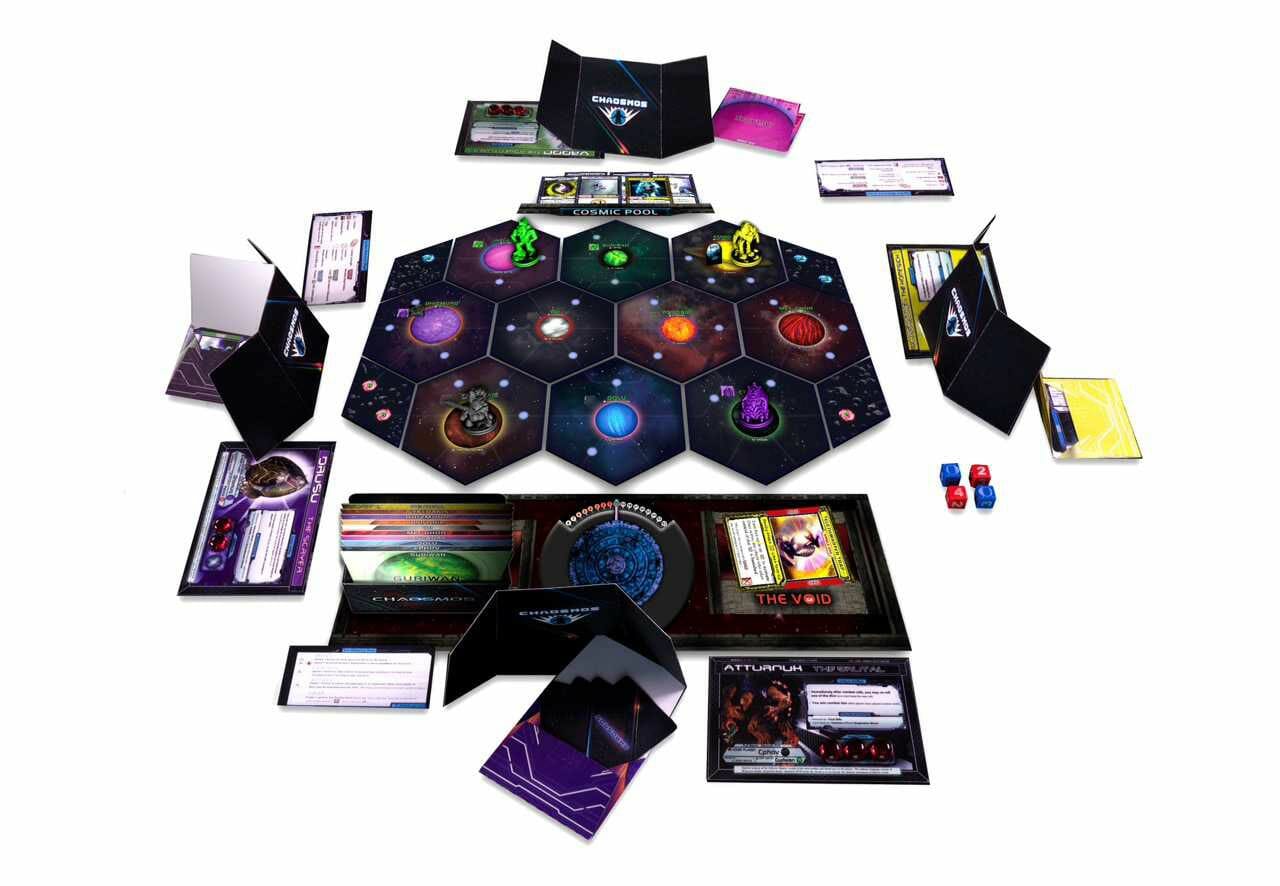 Then William Sleator died in 2011, and I was devastated. I had wanted to collaborate with him to make the game even better, or maybe even one day get it published. I needed help building the world of the game and I wouldn’t have felt comfortable doing that without his direct involvement.

So I contacted an artist friend, William Tombs. We had designed games as kids, but I hadn’t spoken to him in 15 years! He agreed to help design a new world for me, with strange new aliens and planets that fit my newly upgraded “modern” game mechanics. And now the game is done, and it’s called Chaosmos.

I hope that William Sleator would have been proud of me, and that he would have liked Chaosmos. It was born from a love of science fiction, and even though the game itself is different than the game depicted in the book Interstellar Pig, it harbors a deep reverence for the mysteries of William Sleator’s books. Chaosmos will include a Singularity Gate card or tile (a reference to his book Singularity) and one more eye-wink: Even though Chaosmos doesn’t have the mysterious pink Piggy from Interstellar Pig, it does have a passing reference to a strange Smuggler Bunny. I’m going to ask the artists to make it pink.

If you love William Sleator, or if his ideas sound interesting, please pop over to your local library or bookstore and check out some of his books, especially the ones during his golden era, the 1980s. You won’t be disappointed.

Joey Vigour is the designer of the new board game Chaosmos.
The game is on Kickstarter until February 2nd, 2014.

I have been looking for that particular copy of “Interstellar Pig” for years. I had it as a kid and somehow lost it. would you be interested in selling it? If not, is there anyway you could provide a fellow fan with the information to help me track down that version? 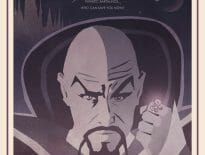 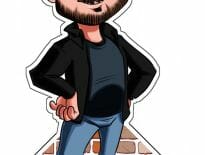