You are here: Home / Books / War and marriage with werewolves: A review of The Silvered

An empire armed with fledgeling technology; rifles, basic artillery, air balloons and even early cameras invades a nearby country ruled by mages and werewolves. The set up for Tanya Huff‘s The Silvered seems to offer a little for everyone and be designed to lure in gamers. I must admit that the mashup of a setting was an immediate and effective point of interest for me.

Why should these imperial soldiers think twice about kidnapping these women? Why should they care about taking them away from their families and children? After all, these strange women sleep with the werewolves and bear their children. The Emperor has decreed it and his word is law.

The Silvered is the story of the attempted rescue.

A young mage just about to flunk out of the University with barely a passing level of magic to her credit finds herself in the middle of the war-torn countryside.

Our hero mage soon finds herself teamed up with a young werewolf lord who has discovered the hard and bloody way that the Emperor has supplied his huge army with silver bullets.

The only time my enthusiasm for The Silvered waned was when I released that I was reading a ‘road movie’ of a book. Our adventure is to follow mage and werewolf as they cope with the situation they find themselves in and then make the remarkable decision to cross the border, enter the Empire themselves and go after the kidnapped mage pack.

Road movie-style reads aren’t bad – it’s easy to argue that The Hobbit was such a book – but just as Tolkien’s epic left you in no doubt the author had fully thought out Middle Earth and there was more to tell so does The Silvered. I wanted to know more about the mages and their magic. I wanted to know how the remaining werewolf fighters were doing against the silver bullets of the empire’s soldiers.

I think The Silvered is rather nicely foreshadowed. The big reveal isn’t so much of a plot twist as it is one of those times you get to reward yourself with an “I knew it!”

We discover the world through the eyes of the all-but-failed mage as she is forced out of her pampered life as the daughter of a banker and becomes, in effect, a hunted criminal trying to survive off the land while making her way to the capital city. Of course, travelling with a werewolf does make living off the land a little easier providing he cooperates with you.

It was the fantasy meets young science set up that attracted me to The Silvered at the start. It was the character interaction and their personalities that ensured the book was a great read.

Mirian Maylin, the lead character, is a blast. It would have been all too easy to accidentally portray her as either a complete bore or a complete arse. Instead, Tanya Huff’s magical heroine is wonderfully robust, practical and easy to support. She achieves all this despite on-going issues with her magic that roleplayers would describe as a botched skill roll.

It’s easy to recommend The Silvered. Stick it on your wishlist this shopping season.

My copy was provided for review. The Silvered, by Tanya Huff, Titan Books, RRP £7.99

War and marriage with werewolves: A review of The Silvered 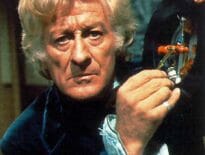 Tabletop & RPGs Good grief…. It’s a Stegosaurus!: A Re… 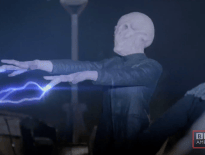