The Next Generation – Patlabor is the name of the live action spinoff from the anime Patlabor films. The plan is to make some 12 episodes but release them as 7 chapters. Each chapter will get a cinematic release. It’s expected chapter 1, aka episodes 0 and 1, will hit cinemas in Japan for April 5th and the next chapter by the end May.

The Patlabor are mobile police who specialise in mecha (or labors) issues and crime. It is thought that the live action series will only loosely be based off the anime. 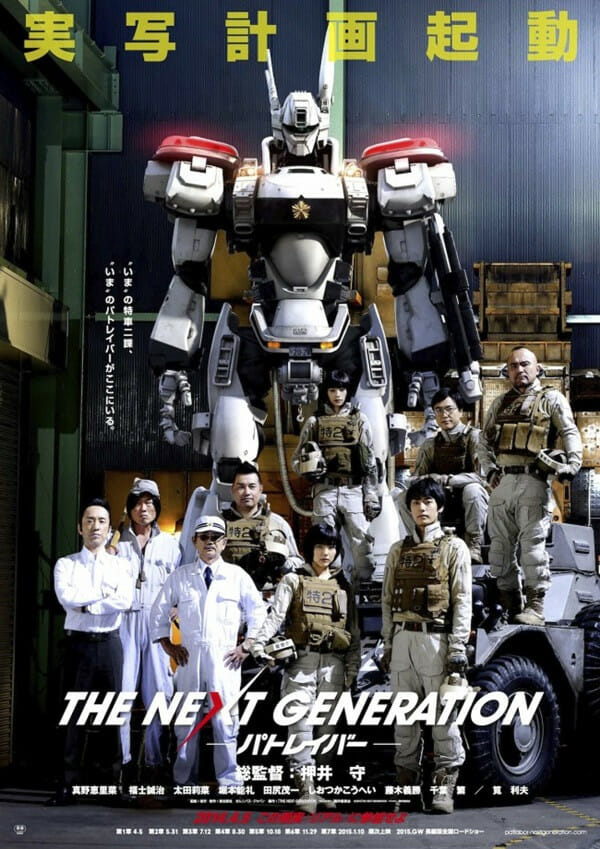 Anime Bodacious Space Pirates: Abyss of Hyperspace trail…
💰 Copper Coins 💰 Geek Native is an affiliate and may earn commission on purchases you make from third-party sites.
🍪 Privacy & Cookies 🍪 The site uses cookies to survive. By accessing the site, you agree to use your browser to control cookie use or take 1d4-3 privacy damage (tracking). If you defeat cookies via ad blocking, please consider the Patreon. An intro to cookies, and how to control them, can be found here. I Manage Cookies